For more than a thousand years, Indians lived an agricultural life on the lands in present day North Carolina. About the 11th century A.D., a new cultural tradition emerged in the Pee Dee River Valley. That culture was part of a widespread tradition known as "South Appalachian Mississippian to archaeologists." Throughout Georgia, South Carolina, eastern Tennessee, western North Carolina, and the southern North Carolina, the new culture gave rise to complex societies. These people built mounds for their spiritual and political leaders. They were involved in trade, supported craft specialists, and they even celebrated a new kind of religion. 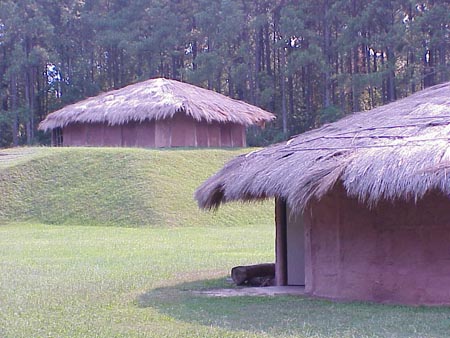 A sketch of the entire Indian mound 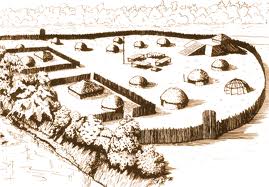 Town Creek Indian Mound is the only state historic site in North Carolina that is dedicated to decoding the state's Indian background. It has been the focus of an extensive archaeological investigation since 1937. This was when the site was taken by the state. The mound area at Town Creek is a rectangular block 120 feet by 140 feet, encompassing the mound. It was named the "Frutchey Mound" after Lloyd Frutchey. He conveyed the site to the state in 1937.

The Indians believed that their burial sites were more sacred if they made them higher than the normal ground level. They believed it was "closer to the heavens." This is demonstrated at Town Creek with the mounds significantly higher. There have been many artifacts discovered at the Town Creek Indian Mound. Artifacts including Pee Dee sherds which were made from pots finished with carved wooden paddles. There were even grooved axes and arrowheads found along with clay pipes. There is a lot of Indian history that archaeologists cease to be amazed about at the Town Creek Indian Mound.