Charlotte’s Mint Museum Uptown makes up the second part of the city’s Mint Museum, and plays a vital role in Charlotte's Levine Center for the Arts. The Mint Museum Uptown was established in 2010, and is one of two branches which make up Charlotte's Mint Museum, the first art museum in the state of North Carolina, founded in 1936. The Mint Uptown’s exterior is strikingly beautiful, its five-story, 145,000-square-foot facility having been designed by the illustrious Machado Silvetti design firm of Boston. The museum houses a number of cutting-edge exhibits, an internationally renowned Craft + Design collection, and exceptional collections of American, European, and contemporary art, among other things. While it is one of two branches which make up the Mint Museum, the Mint Uptown houses different collections and exhibitions than the Mint Museum Randolph. Anchoring Charlotte’s main cultural district, The Mint Museum Uptown opened its doors in 2010 and is home to its internationally acclaimed Craft + Design collection as well as important collections of American, contemporary and European art. A popular attraction at The Mint is the Romare Bearden Gallery which is located on the fourth flour and showcases work by the artist and offers an excellent retrospective of Bearden’s work.

An exterior view of the Mint Museum Uptown. 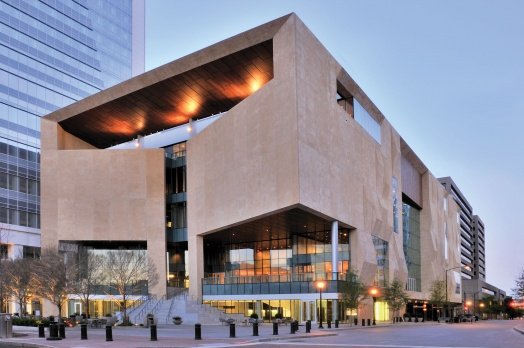 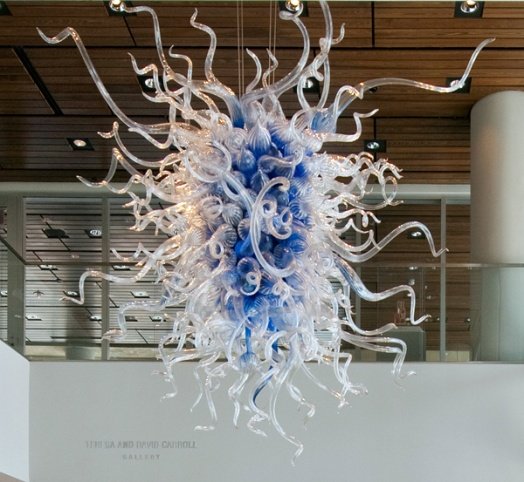 Another piece housed at the museum, Julie Heffernan's Self Portrait As Wunderkabinett. 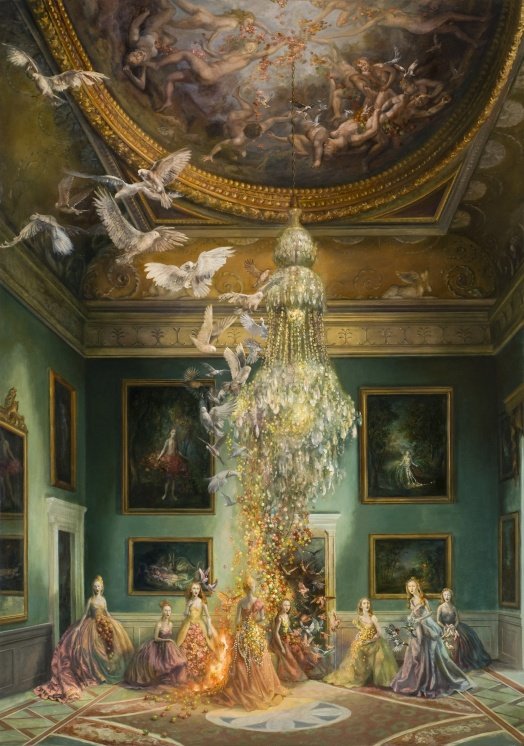 The museum has a sleek, modern exterior which was designed by the Machado Silvetti Design firm of Boston. It boasts a number of compelling collections, including a Craft + Design collection, an American art collection, a European art collection, and a Modern and Contemporary art collection. The Craft + Design collection displays the Mint Museum's collection of international contemporary decorative arts, which includes a variety of pieces made of glass, art, and jewelry, among other materials. Some of the most famous of these include Pipe Dream by John Cederquist and Royal Blue Mint Chandelier by Dale Chihuly. Its American art collection includes unique works from a variety of genres and time periods, containing pieces which range in time period from the Colonial Era to the Second World War. Some of the most famous of these pieces are My Friend Brien by Robert Henri, Portrait of Isaac Gouverneur by Gilbert Stuart, and Indian Summer in the White Mountains by Sanford Robinson Gifford. The Mint Museum Uptown's Modern and Contemporary art collection also contain a number of acclaimed works, including Self Portrait as Wunderkabinett by Julie Hefferman, Ring of Iron, Ring of Wood by Kay Sage, and The Birth of Venus, After Botticelli by Vik Muniz. The museum also has a number of special collections.

Aside from its impressive collections, the Mint Museum Uptown also has a number of additional resources and galleries. These include the museum's Lewis Family Gallery, which invites children of all ages to play and explore, providing a number of hands-on art and puzzle activities for them to participate in. The museum also provides ART packs which allow children and the adults who accompany them to explore the artwork together. Four resource centers are stationed throughout the museum to provide information about special exhibitions and permanent collections residing in the museum. Two special event spaces, the James B. Duke Auditorium and the Robert Haywood Morrison Atrium, are also housed in the Mint Museum Uptown.

In 1980, the Mint Museum, in its Randolph Road location, exhibited a retrospective of the hometown artist who had achieved international prominence. The show, ROMARE BEARDEN: 1970-1980, was the museum’s most ambitious undertaking up to that time. Curated by Jerald Melburg who would go on to open a gallery and represent Bearden in the South, the show was a big hit important both for the artist and the museum.

Marking the 100th anniversary of Bearden’s birth, The Mint Uptown hosted the second major exhibit of the artist’ work. ROMARE BEARDEN: SOUTHERN RECOLLECTIONS was again curated by Melberg but this time was twice the size, including 100 works in the exhibit. The show covers five decades of the artist’s career, featuring collage paintings and watercolors. Charlotte takes great pride in Bearden and his art. The centennial exhibit sparked a community wide celebration. Bearden is an integral part of Charlotte culture.

When the exhibit closed, some of the work on display was gathered for permanent display in The Mint’s Romare Bearden Collection which is on view to the public on the museum’s fourth floor.