Built in 1915, this three-story commercial building incorporates classic features of the Chicago style of architecture and was home to the Wicks Company department store until 1976. The company was established by Civil War veteran Colonel W.W. Wicks after he made his fortune in the limestone quarry business, a flourishing industry in Bloomington at the time. Wicks invested part of his fortune into creating one of Bloomington's first department stores, and his family managed the store from 1915 until its closure in 1976. The building was renovated in 1995 and again in 2014, helping this historic downtown building to serve as an office and retail commercial building.

This Bloomington building was home to the Wicks Company department store from 1915 to 1976. 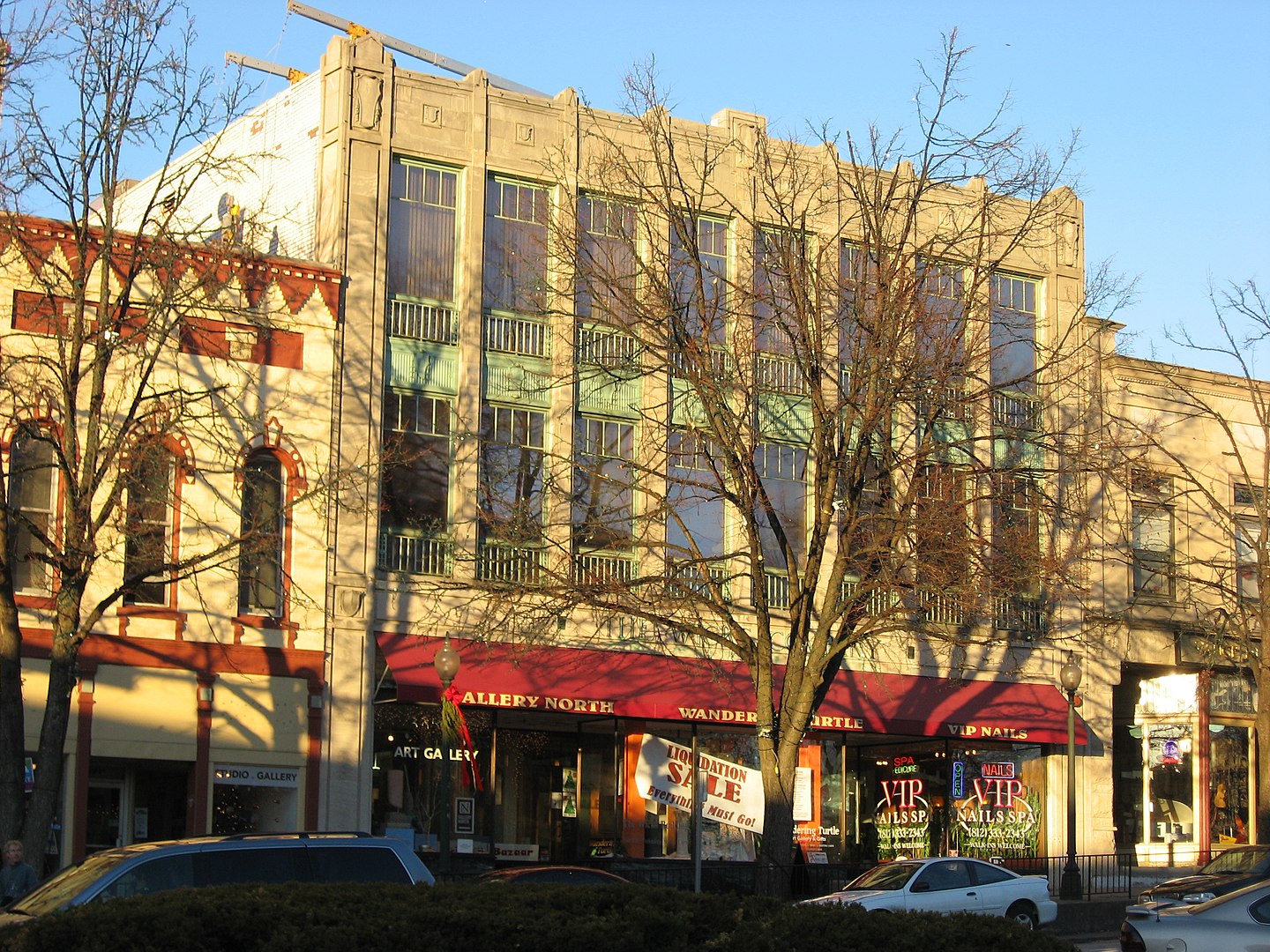 The Wicks Building was completed in 1915 and is Bloomington's only commercial building constructed using features associated with the Chicago school of architecture. The building was home to a department store founded by Colonel W.W. Wicks, a Civil War veteran who established a quarry after the war and used profits to establish his family's retail operation. The creation of this family-owned retail business was created at a time of robust industrial, population, and building boom for Bloomington during the early part of the twentieth century.

Colonel W. W. Wicks, a Civil War veteran, built the historic structure for his family's business in 1915. Col. Wicks gained wealth when he became involved in the stone quarrying industry after the war. He eventually owned one of the area's most prolific limestone quarries, which allowed him to explore other business interests, including merchandise retailing. Wicks and his family established Wicks Company, one of Bloomington's first department stores. They erected the now-historic structure in 1915 after a fire destroyed their first store.

The store was completed when Bloomington was becoming a modern city, with robust growth during the first two decades of the twentieth century. From 1907-1912, the town installed sewers and expanded its outdated water system, and the city paved roughly seventy blocks of streets and sidewalks with bricks. Just as large cities like Chicago and New York once banned the running wild of live animals on its streets, Blooming passed an ordinance in 1910 that prohibited the free run of chickens in its newly established commercial district. Alongside the Wicks Building, construction took place on a new courthouse, city hall, post office, two railroad stations, utility plants, several churches, a school, and two theaters. The population and building boom coincided with an industrial boom, including the limestone quarry business from which Wick benefited; the quarries yielded three million dollars in limestone annually.

Not surprisingly, the building's exterior enjoys a limestone facade. Though much smaller in height than most Chicago school commercial buildings, its fenestration, shape, roofline, and the ratio of glass to visual structural follow the pattern of most Chicago-style commercial buildings. The Wicks Department Store remained in business until 1976. Despite the Wicks Company closure, the building has remained relevant to Bloomington's commercial culture. Renovations to the main level finished in 1995, while the second and third floors enjoyed a complete renovation in 2014. Today, the Wicks Building remains functional as a commercial property with retail and office spaces.