Ward W. and Ellis W. Johnson established Johnson's Creamery in 1913 and began building the factory in 1914. Its success allowed the company to expand the factory several times through 1951. Johnson's maintained its own horse and stable complex to deliver its dairy products to customers, but finally transitioned fully to the automobile in 1938. The Creamery's most recognizable feature is its iconic 178-foot-tall smokestack with white glazed bricks that vertically spell "Johnson's." Built in 1949, it speaks to the company's growth. While many creameries emerged during the the 1920s and 1930s, the rise of supermarket chains and a more nationalized dairy market forced the closure and consolidation of many of Indiana's creamery businesses. Not only did Johnson's survive, it remained functional until the late 1980s. 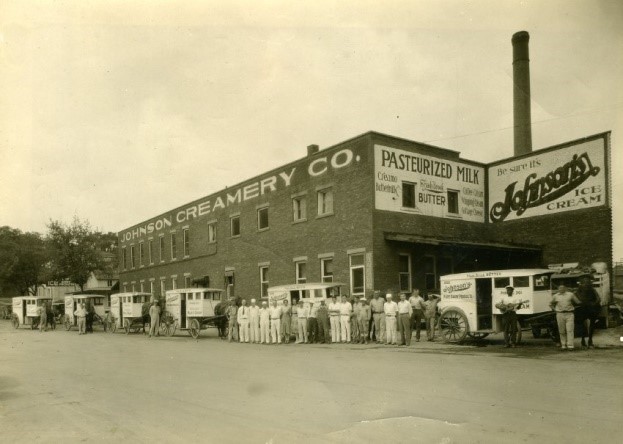 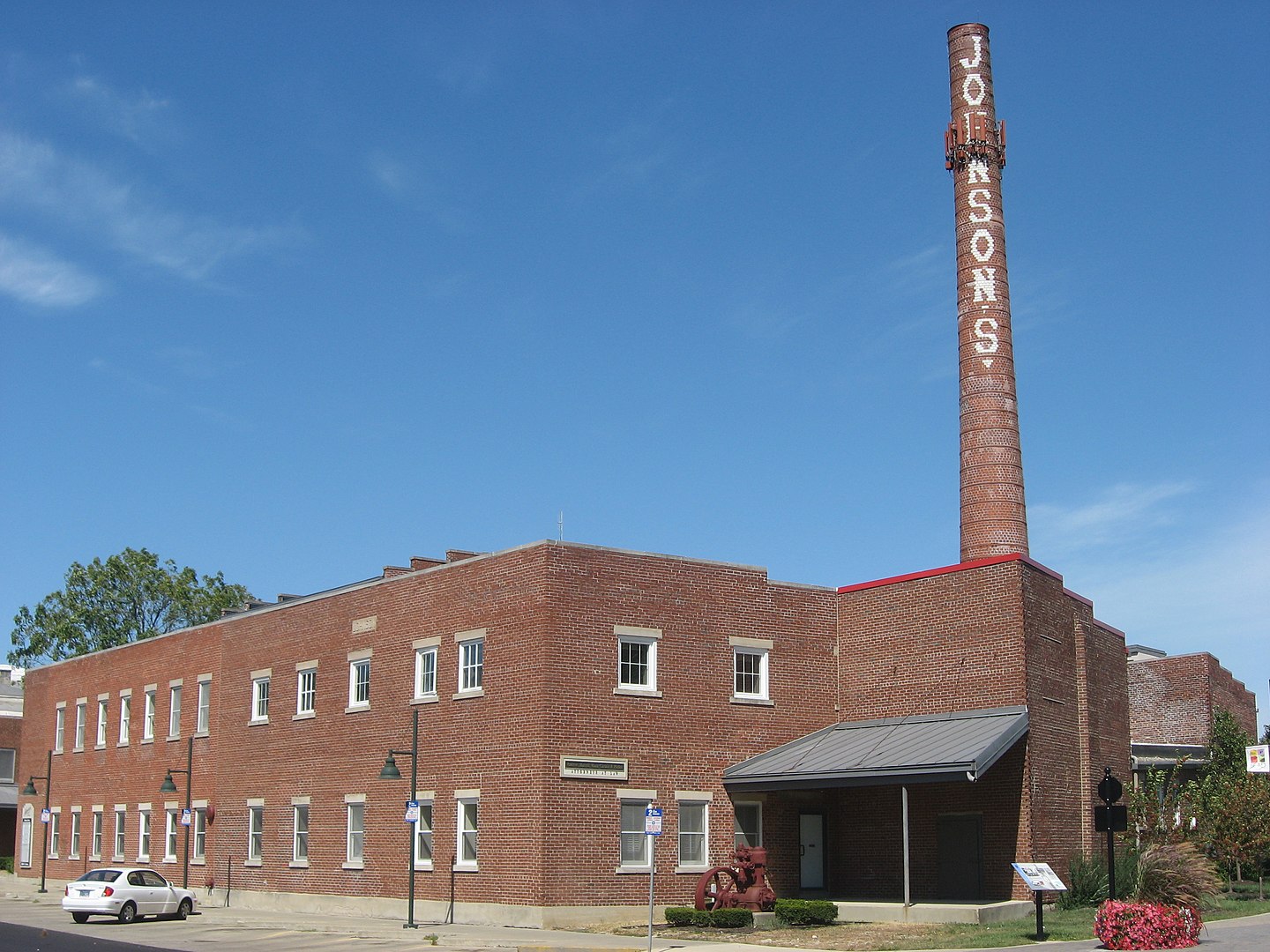 The Johnson's Creamery building, first constructed in 1914, is one of the few intact industrial buildings in Bloomington, Indiana, located not far from the courthouse square within Bloomington's near-west side industrial corridor. The construction of several additions allowed the original red brick building in 1914 to evolve into a large complex by 1951. The expansion reflected the Creamery's growth, while its development and layout reflected the urban constraints placed upon the Creamery, such as the railroad tracks to its east and the arrangement of the streets. The most identifiable feature of the unpainted red, brick factory building is the three-story ice house and 178-foot-tall smokestack with white glazed bricks that vertically spell "Johnson's," which serves as a long-standing Bloomington landmark.

While the limestone and broader quarrying industries comprised the majority of Bloomington's economy from the late nineteenth century through World War II, several smaller, highly successful enterprises arose during that same span, including Johnson's Creamery. The Creamery, which produced an array of dairy products, operated alongside such businesses as the Cantol Wax Building (see Clio entry: https://www.theclio.com/entry/135385), and the Showers Brothers, which produced 60% of the furniture built in the U.S. by the 1920s.

Ward W. and Ellis W. Johnson founded the Johnson Creamery Company in 1913. Prior to establishing the historic company, the two brothers began humbly one year earlier with a dairy operation involving maintaining stables and delivery wagons, which they continued to use as part of their operation until 1938. (The Creamery processed dairy products from local milk suppliers and delivered the produce to the surrounding community in horse-drawn wagons as late as 1939 before entirely transitioning to automobiles). The Johnson brothers completed the first phase of the Creamery complex in 1914, located in downtown Bloomington's industrial corridor adjacent to the Illinois Central railroad. The Creamery's success pushed the brothers to construct significant additions in 1921, 1927, and 1951.

The Creamery additions not only provided for more physical space but allowed for industrial upgrades such as larger boilers and smokestacks, faster processing equipment, and expansive ice houses. (Before large-scale refrigeration evolved during the 1930s, dairy companies had to cut and store blocks of ice to keep the dairy products from spoiling.) But, ice is no match for refrigeration, so they had to process and deliver the products quickly. Thus they employed more than seventy delivery people, who transported such merchandise as coffee and whipping cream; "made-to-measure" ice cream; butter; cottage cheese; various types of milk; Johnson's Orange drink; and distilled water ice. Though most people received Johson's Creamery products via delivery, the company also sold goods to stores (roughly 15% of their items went to stores). They also operated a retail store where people could purchase goods directly from the factory, including by 1951 an ice cream counter.

The Johnson Creamery expansion coincided with the overall creamery growth in Indiana. The 234 creameries operating in 1924 grew to more than 400 by the 1940s. Most of the creamery businesses were family-owned and catered to their local markets. Still, as the broader economy changed -- radio & tv commercials, supermarkets, and automobiles (and roads) -- by the 1950s, the number declined again, back to 224 in 1956. Nevertheless, Johnson's Creamery existed among the survivors during the '50s, employing 100 people and keeping eighty area farmers in business.

By the 1980s, with milk delivery nearly a thing of the past and the entire dairy industry increasingly nationalized, only 48 creameries operated in Indiana. By 1987, Johnson's Creamery succumbed to the changing economy and sold out to the much larger Maplehurst dairy company. Still, the Creamery outlasted the vast majority of small industries in Bloomington that emerged during the late nineteenth and early twentieth century. Its smokestack and the entire complex serve as a reminder of the company's influence in Bloomington, as well as the rise and fall of the city's industrial district.