Laundry service businesses grew during the early twentieth century as awareness of sanitation increased and technological advancements made mass-laundering economical. B.F. Leonard created the Home Laundry Company in 1922 catering to both private homes and large institutions such as Indiana University. By 1950, Home Laundry employed ninety people. The post-World War II era also saw a rapid decline in laundry businesses as home washing machines became readily available and affordable. Home Laundry remained in business until the 1980s. It proved to be one of the last businesses to close in historic Bloomington courthouse square, where twenty-one businesses once operated in seventeen different buildings within a two-block area during the 1910s and 1920s. 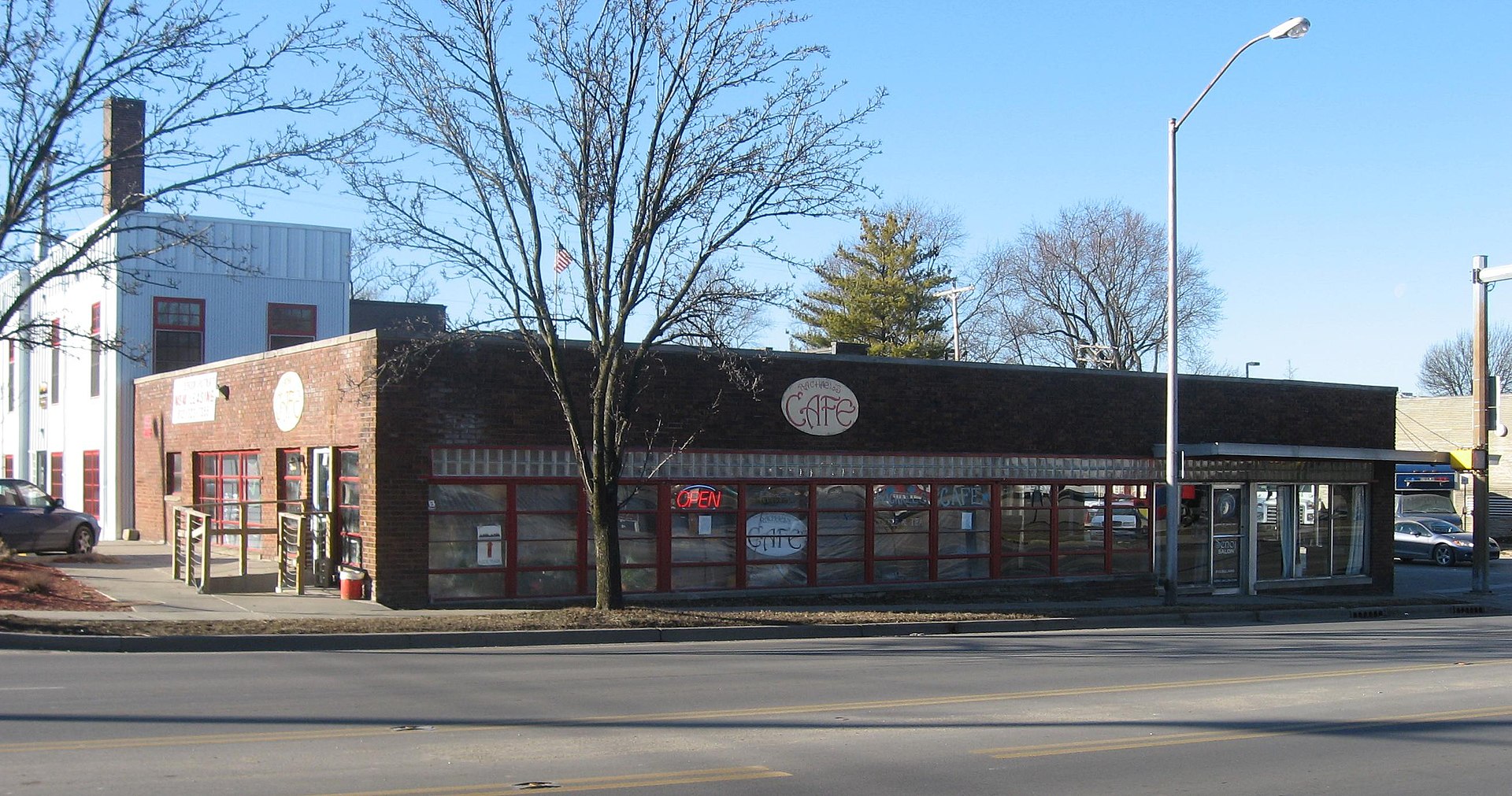 The Home Laundry Company, built in 1922, sits in the historic Bloomington courthouse square, where twenty-one businesses operated in seventeen different buildings within a two-block area during the 1910s and 1920s. Home Laundry enjoyed the distinction as the last of those businesses in the courthouse square to close. The historic laundry building, which in recent years has served as a restaurant, consists of two significant commercial styles: a vernacular 1920s style and the Art Moderne style (the 1948 addition), which proved common in the wake of World War II. More significantly, the building stands as a monument to the abundant societal and cultural transformations that transpired during the early twentieth century, allowing laundry businesses to prosper. For example, progressive idealism included a focus on sanitation and cleanliness; commercialism and mechanization allowed more clothes to be purchased; women worked more and had fewer children; industrial advancements made cleaning clothes easier (but too expensive to do at home until the 1950s).

An array of new public services arose during the late Gilded Age and into the Progressive Era, including service-industry businesses. Next to automobiles, new technologies tied to refrigeration and machine laundering peaked during the Interwar Period. In addition, middle-class families (or nuclear families) enjoyed home delivery options during the Progressive Era when women increasingly entered the workplace (although many families with women who took more traditional roles relied on delivery services, too). Not only did more jobs exist for women (including at Home Laundry), but birth rates decreased dramatically, and public education increased by the turn of the twentieth century, all offering women more opportunities to work outside the home.

Though Home Laundry emerged at a time when laundry services boomed, the history of laundering businesses in the U.S. dates back to 1835 when a New York company cleaned removable shirt collars and cuffs. Still, cultural changes and technological advancements (such as steam power) during the post-Civil War era allowed laundry companies to prosper. As a result, Bloomington's laundry business, including Home Laundry, mirrors the industry's national growth between roughly 1870 and 1945. By 1916, Bloomington supported nine laundry businesses, including Benjamin Franklin (B.F.) Leonard's Home Laundry Company.

in 1911, B.F. Leonard (and his brother Boone) purchased the largest laundry in Bedford, IN, and named it the Home Laundry Company. Four years later, B. F. Leonard moved his family to Bloomington and purchased the New Method Cleaning Company; he renamed it The New Home Laundry Company. Leonard quickly established horse-drawn wagon pick-up and delivery routes, and by 1931, each delivery person drove a personalized laundry truck. In addition to catering to families, Leonard held contracts with many of the city's large institutions, including Indiana University — a contract Home Laundry maintained until the University installed its own laundry in 1941. The contract with the University prevented the company from folding during the Great Depression. By the late 1940s, the family added a one-story addition and then saw its employment peak at ninety persons by the 1950s.

The success of the Home Laundry Company paralleled a national interest in public health issues and domesticity, which soared in the early 1900s. Furthermore, the increased mechanization and commercial culture resulted in more clothing availability than ever before (clothing stores and catalog services). As the public increasingly became aware of germs during the Progressive Era, a focus on cleanliness grew paramount. But, owning personal washing machines and dryers proved far too expensive during the early twentieth century. Thus, laundering services arose as a successful business during the late nineteenth century and lasted until World War II.

Advertising from the Home Laundry Company illustrates the importance of the housewife as a consumer of these new services.

"Who 'll do the washing? Will you do it, Mrs. Housewife, and have red hands and a backache? Or will you send it to the Home Laundry? The "family washing" department is now the big thing in our laundry. The family washing service of our laundry is as good as the most particular woman can demand."

"The cost is low, so low that no woman can afford to do her own washing if she counts her time of any value. Almost any woman who has tried modern laundry service will tell you this fact."

"Laundry Satisfaction with Economy! Isn't it the sensible thing to send your wash where efficient machinery and effective chemicals transform soiled fabrics into clean clothes?"

Indeed, middle-class women entered the workforce in more significant numbers during the 1920s but mainly still did "women's work," both at home and in the workplace. Additionally, clothing production and manufacturing allowed people to purchase and own more clothing than ever before. Finally, a heightened awareness of sanitation and cleanliness made washing clothes a necessary chore. So, laundry services grew exceptionally popular. (The industrial advancements allowed laundry companies to wash clothes quickly and efficiently, too.) In short, to see the Home Laundry building today is to get a glimpse into a time of transition when washing clothes was done by hand to a task performed by machines, but before a time when those machines could be found in most households (or neighborhood laundromats).