Battleship USS Iowa was launched on August 27, 1942 and was the first of a new fleet of "fast" battleships. It was also the lead ship in the last class of U.S. Navy warships to be built by the United States. It served from World War II until 2011 with periods of deactivation. It is now operated as a naval museum in the Los Angeles World Cruise Center.

The USS Iowa served in the Navy from 1942 until 2011, with periods of deactivation and placement in reserve fleets. 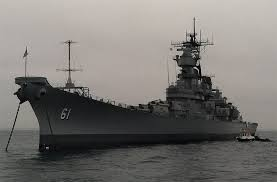 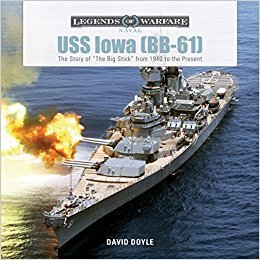 The USS Iowa was the fourth ship in the US Navy to be named after the 29th state and was the only ship of her class to serve in the Atlantic Ocean. It was originally commissioned in 1943 serving in three major wars like World War II, the Korean War, and the majority of the Cold War. Another distinction is that President Franklin D. Roosevelt sailed on the USS Iowa across the Atlantic to Algeria to reach a very important meeting with Winston Churchill and Josef Stalin. FDR ordered a hot tub to be installed as it was not possible for him to stand for the entire journey. An elevator was also installed so he could easily move around the ship as much as he needed to.

The USS Iowa served a distinguished career in the American military until 1958. It participated in the bombardment of Japan in preparation for a possible U.S. invasion had it not been for the atomic bombs being dropped in Japan leading to their surrender and remained active during the post-Korean War period. It was sent to the Atlantic Reserve fleet where it remained until it was reactivated in 1982 to strengthen the U.S. Navy against the Soviet Union. Once the Soviet Union collapsed in 1989, the American government started to make cuts to the military and the Battleship Iowa was sent to the reserve fleet once again until 2011. It sailed to Los Angeles where it was docked permanently in the Los Angeles World Cruise Center and it finally became a museum for tourists.

Daily trips on the ship include seeing the largest guns aboard the ship that were used in conflicts. Tourists can also see where President Roosevelt stayed during his journey and the officers ward room. Most programs the museum offers are group programs, educational schooling, filming for movies and television shows, and overnight stays aboard. The ship even has a helicopter deck onboard for aircraft to land. On Independence Day 2012, the museum staff welcomed over 1,500 supporters and various veterans to the museum at the Port of Los Angeles Berth 87.