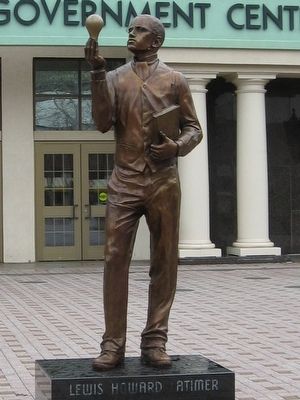 Latimer's work contributed to major inventions from the lightbulb to the telephone. 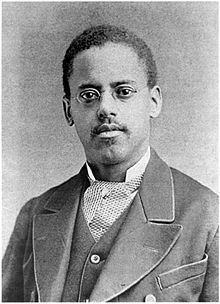 George and Rebecca Latimer resided in Chelsea, Massachusetts after escaping slavery in 1842. Six years later, Rebecca gave birth to their son Lewis Howard Latimer, the youngest child of four. In 1857, George fled the area to avoid being captured and reenslaved. With his father on the run, Lewis worked to help support his family. Among many odd jobs, young Lewis delivered and sold abolitionist William Lloyd Garrison's newspaper, The Liberator. He even lied about his age so that he could join the Navy during the Civil War. Despite his youth, Latimer served in the Navy and was honorably discharged. After returning home, he took an entry-level position at the Crosby and Gould patent law office and eventually accepted a promotion to draftsman.

Light bulbs and telephones are not the only things Latimer is known to help design. He also worked on improvements to air conditioner units and helped design railroad car bathrooms. Latimer was appointed as the superintendent of the incandescent lamp department of the United States Electric Lighting Company. He also authored the book Incandescent Electric Lighting: A Practical Description of the Edison System.

Latimer was a pioneer in the electrical industry and was even awarded eight patents. Latimer died in 1928 in Flushing, New York. Remembered today for his accomplishments in engineering, it is important also to recall Latimer's words in support of racial equality. "It is necessary that we should show the people of this country that we who have by our martyrdom under the lash, by our heroism on the battlefield; by our Christian forbearance beneath an overwhelming burden of injustice; and by our submission to the laws of the native land, proven ourselves worthy citizens of our common country,” Lattimer wrote.

This statue demonstrates the delayed recognition given to this inventor by a city where he only briefly lived. Although residents welcomed the statue, it was almost moved after it was revealed that the statue was funded with money reserved for neighborhood revitalization which did not include downtown Bridgeport. After extended talks, city leaders decided against moving the statue.