While most major cities have razed the beautiful Art Deco airport terminals of the 1930s and 1940s to make way for modern buildings, jet traffic or the closing of airports, the Houston Municipal Airport Terminal stands on the William P. Hobby Airport as a quiet monument to the rich and varied history of aviation in the region. The building holds the 1940 Air Terminal Museum which is dedicated to promoting the city's significant civil aviation history. The Houston Municipal Airport Terminal is a beautiful and rare example of classic Art Deco airport architecture from the golden age of flight. The Terminal served Houston during the years when air travelers dressed in their finest and embarked for exotic destinations aboard roaring propliners like the Douglas DC-3 and the Lockheed Constellation. Designed by noted architect Joseph Finger (who also designed Houston's City Hall), the Terminal was built to meet Houston's growing role as a major center for air commerce in the 1930s. The terminal was completed in 1940 and served as the primary commercial air terminal for Houston until 1954.

The Terminal was completed in 1940 and served as the primary commercial air terminal for Houston until 1954. 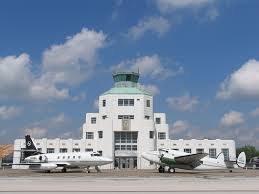 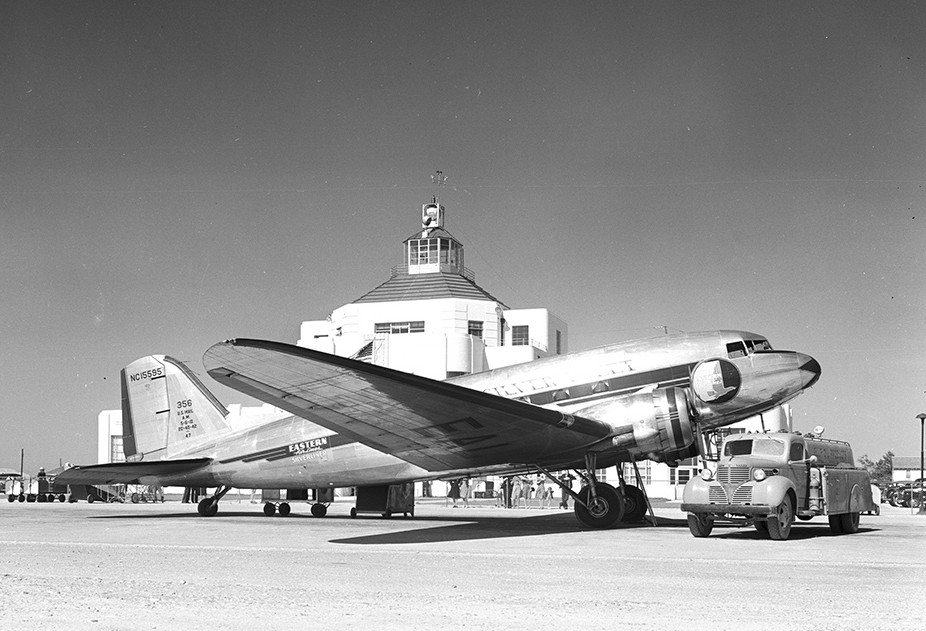 In the late 1920s, east Texas lumber and railroad tycoon W.T. Carter bought an airfield in southeast Houston. Later, the city of Houston decided that it needed a civilian passenger airfield. Carter sold the land to the city in 1937. Joseph Finger designed the Houston Municipal Airport Terminal, a streamline moderne structure that was finished in 1940. The project was completed with assistance from the Public Works Administration. Finger had earlier designed Houston City Hall, completed in 1939.

By 1954, the terminal was no longer used because William Hobby Terminal was completed. It fell out of use in 1978. In 1988, Houston's Department of Aviation demolished buildings that had been tacked on to the original terminal to bring it back to its 1940s appearance. It has been owned and operated by the Houston Aeronautical Heritage Society since 1998. The first phase of the museum was completed in 2004. The site was added to the National Register of Historic Places in 2019

The Aviation Meteorology and Air Traffic Control Galleries feature vintage weather and ATC equipment such as teletypes, radios, and light guns as well as weather charts and navigational maps. The galleries also feature Houston's aviation history and the history of learning to fly. The Children's Dream of Flight Gallery features vintage aviation toys, games, and books as well as an aviation play table and reading library to inspire young visitors to dream of flight.