The Children's Museum of Houston (CMH) is located in the city's museum district, near Hermann Park. Its mission is to encourage a lifelong interest in learning through innovative, interactive exhibits and bilingual programs for kids up to age 12. It is housed in a building designed by internationally acclaimed architect Robert Venturi. Founded in 1980 by concerned parents, the museum focuses on workshops in literacy, math, health engineering, civic engagement and cultural and social studies.

The Museum from the street 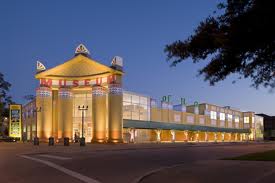 The parents were led by Sharon Brier and they recognized that the city did not have enough opportunities for children to learn. The museum became a success soon after it opened. Today, it receives around 850,000 visitors a year. In 2009, the CMH opened its doors to a new addition featuring an additional 39,000 square feet, including seven new, permanent exhibits. In total, the museum features 90,000 square feet of space with 14 galleries. Traveling exhibits also enhance the learning experience.