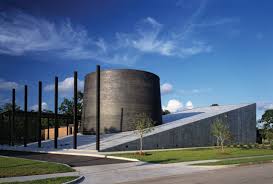 Holocaust Museum Houston is also widely known as an education center, and the facility includes two classroom areas and a research library. The Boniuk Library and Resource Center contains more than 4,000 titles relating to the Holocaust, World War II, religion and anti-Semitism. The video section contains more than 300 titles on related subjects, and the tapes can be viewed in the Museum’s video room, or they can be checked out. A full-time librarian manages the center, and a full-time registrar is responsible for maintaining the Museum’s archives. Thousands of historic and original photographs, documents, letters, diaries and other artifacts from the 1930s and 1940s are cataloged in the archives. Researchers can examine these documents and artifacts by appointment.