The Asia Center was designed by Japanese architect Yoshio Taniguchi and contains 40,000 square feet of space for classes, displays, and performances. 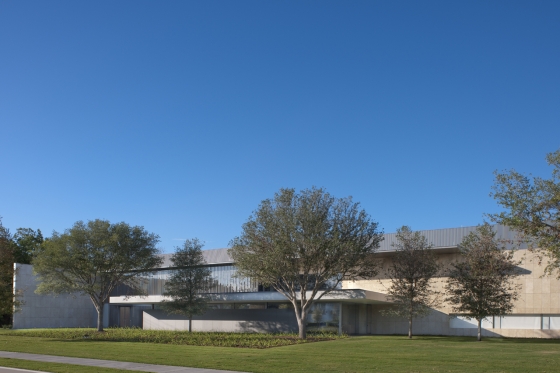 The center was founded in 1979 by former Ambassador Roy Huffington and former first lady Barbara Bush. They recognized that the people of Houston and Americans in general needed to learn more about Asia and its many cultures. The first Asia Center was actually established in New York City in 1956 and served as a model for the Texas Center. In 1995, the center's Board of Directors voted to build the current building, which was finished in the fall of 2011. Yoshio Taniguchi was well known for leading the effort to renovate and expand the Museum of Modern Art in New York.