The Hanson Furniture Company began producing products in 1855. Magnus Hanson, a Norwegian immigrant, settled in Janesville and helped contribute to the growing population`s furniture needs in the 1850s and 1860s. This company continued to be family run and operated at this location until around the 1920s. The building is now empty and slated for demolition. 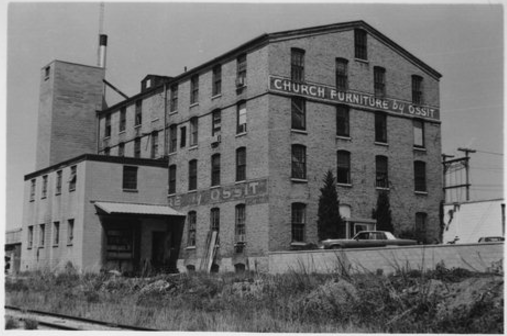 Even though their furniture and patented brand of varnish was extremely popular, the Hanson Furniture Company would be supplanted at this location by Ossit Church Furniture Company. The Ossit Company first started operating in Milwaukee in 1867 before moving to Janesville in 1935. They would exist in Janesville until 1983.