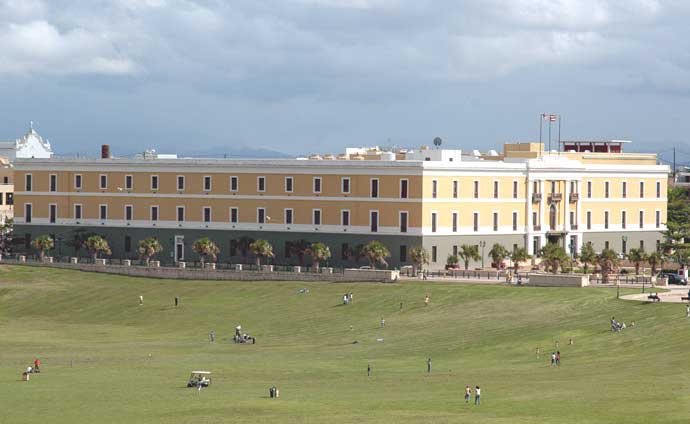 The Ballaja Infantry Barracks Building (El Cuartel de Ballaja) in San Juan, Puerto Rico was constructed between 1854 and 1864 by the Spanish Corps of Military Engineers in the Ballajá Quarter of Old San Juan. The building is one of Spain’s most impressive buildings in the New World; it stands as the last example of large-scale military architecture by the Spanish Monarchy in the Americas. The building was transferred to the Government of Puerto Rico in 1976 through the Historic Surplus Properties Program. Restoration planning for the Barracks began in 1986 and the work was completed in 1993. 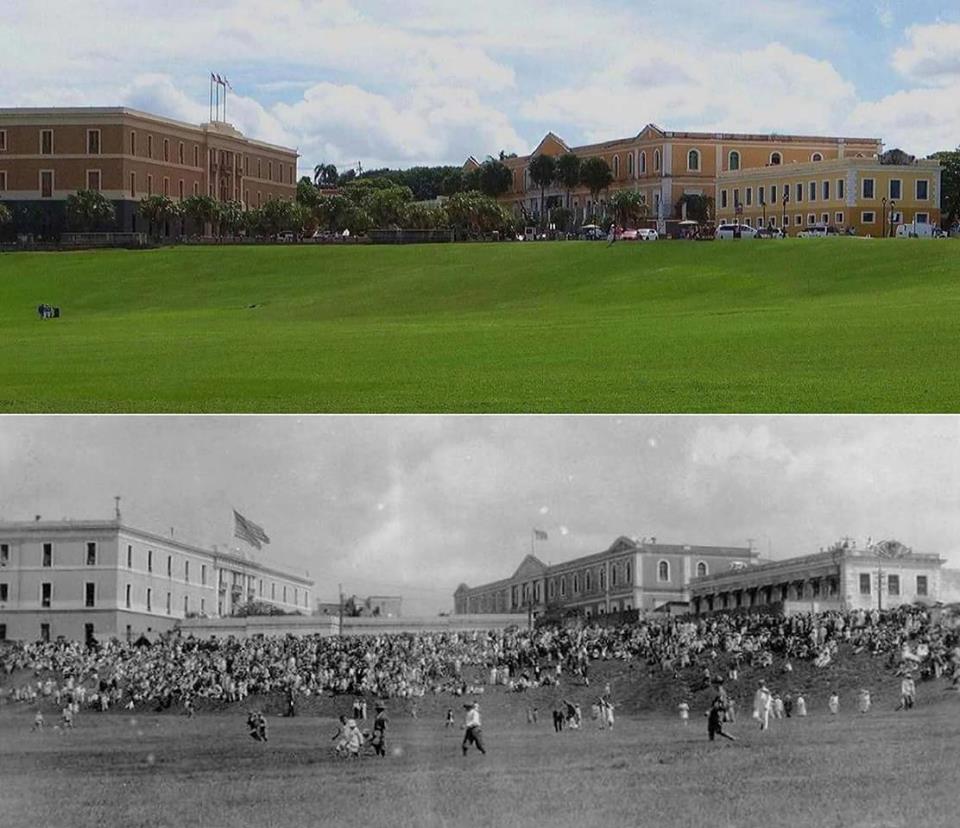 The Beneficencia Building (Asilo de Beneficencia) was the first large-scale building constructed in the Ballajá Quarter of Old San Juan, Puerto Rico. Initially proposed in 1838, construction began in 1841 to provide a general establishment for public welfare. In November 1978 the U.S. General Services Administration transferred the building to the Government of Puerto Rico through the Historic Surplus Properties Program. The building was rehabilitated during the early 1990s and presently houses the Institute of Puerto Rican Culture. 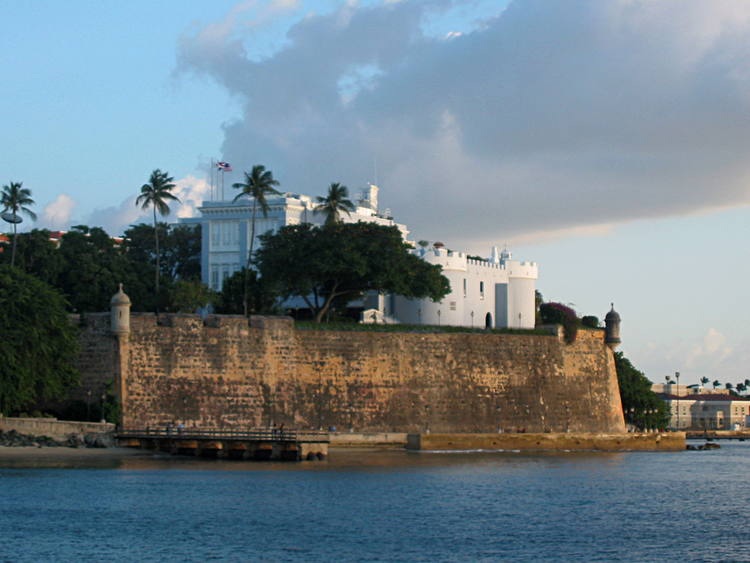 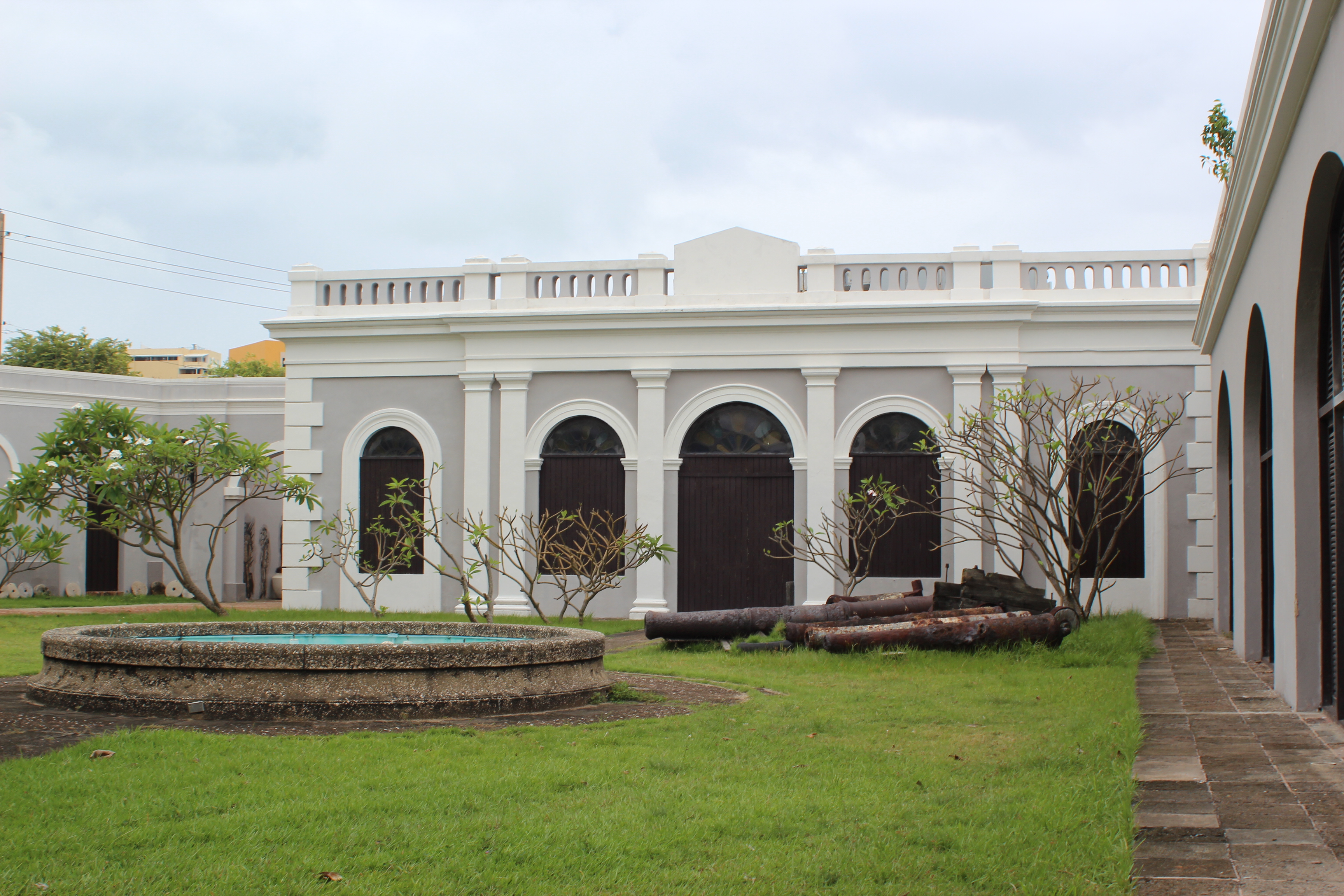 The Old Navy Arsenal (Antiguo Arsenal de la Marina) is a complex of buildings and courtyards which contributes to the Old San Juan (Puerto Rico) National Historic Landmark District. In 1791 the Spanish Colonial government, began the construction of the Arsenal as a naval station to counter British attacks on the city. In 1957 the Government of Puerto Rico acquired the majority of the complex from the federal government of the United States through the Historic Surplus Properties Program. The remainder of the property was conveyed through the same program in 1975.