The City of Paris was one of the first department stores in Union Square. This photo was taken in November, 1959. 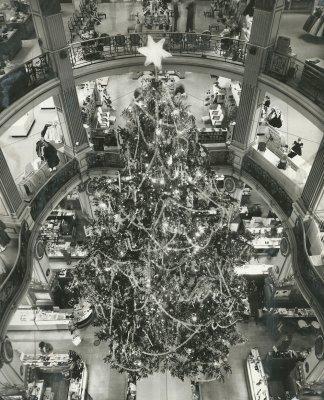 This photo was taken shortly after the earthquake of 1906. While the damage to the building is apparent, many surrounding buildings were completely destroyed. 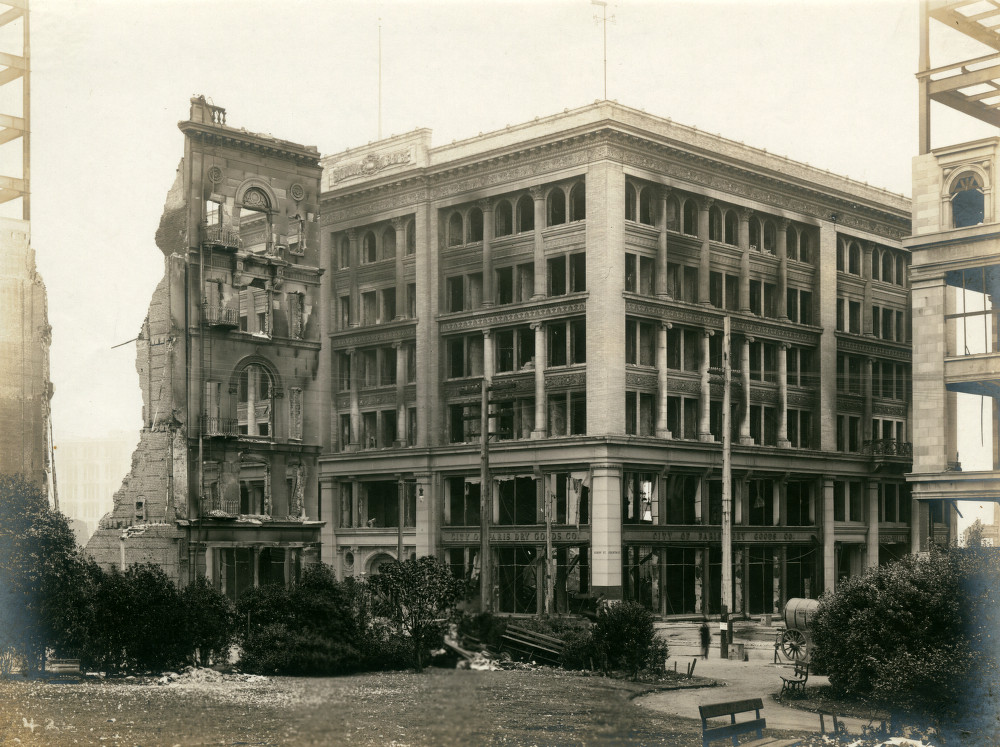 The destruction of the building in 1981. 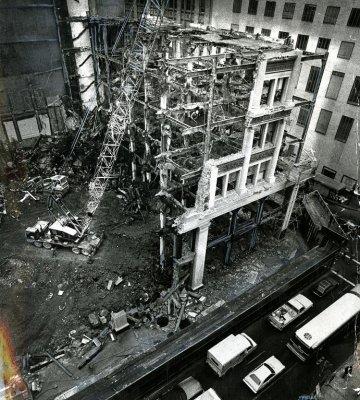 A small group of loyal shoppers protest the planned demolition of the building. Protesters secured about 60,000 signatures on a petition to save the building 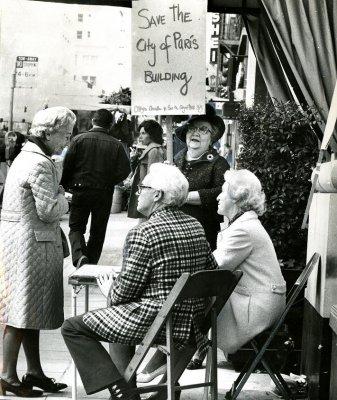 The City of Paris reopens in 1909. The company redesigned the store following the San Francisco Earthquake, adding the signature rotunda and stained glass dome that has been incorporated into the current desing of the Neiman Marcus store. 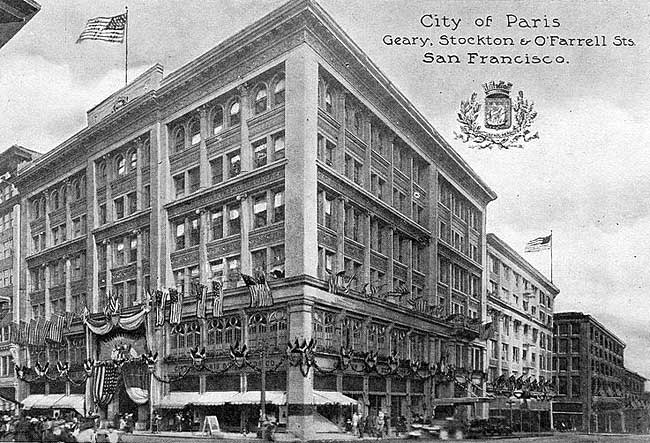 This stained glass dome featuring the arrival of the Ville de Paris was added to the store in 1909. It remains the central feature of the current Neiman Marcus department store. 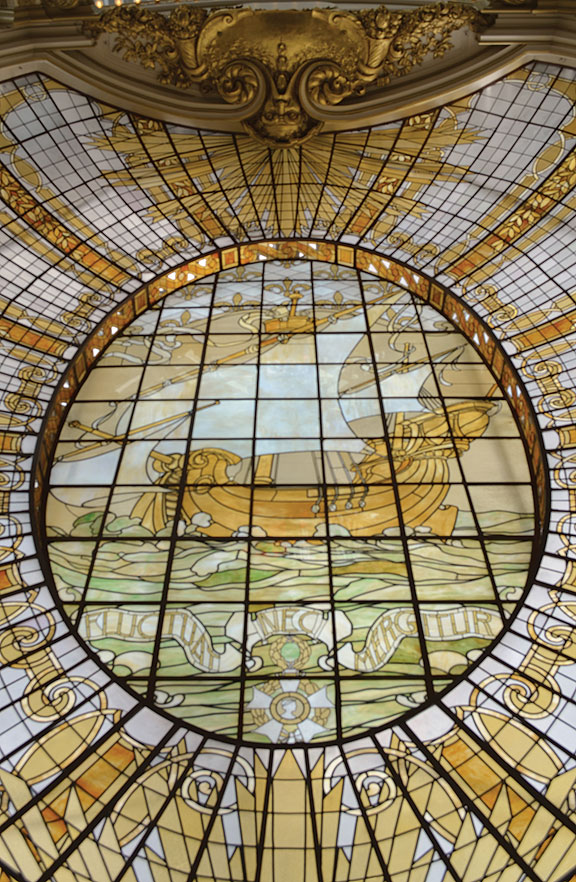 Vicki Howard, From Main Street to Mall: The Rise and Fall of the American Department Store - Click the link at the bottom of the page to learn more about this book 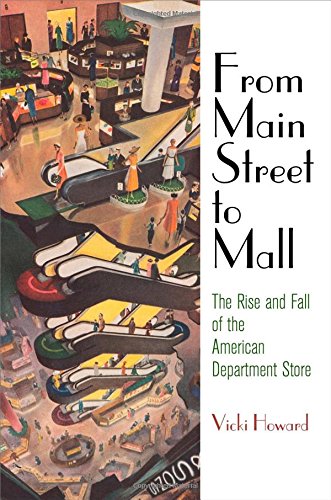 The company dates back to the arrival of the Ville de Paris, a chartered ship operated by Felix Verdier. News of the ship's arrival caused such a commotion among the wealthy residents of the city that Verdier found the vessel surrounded by smaller boats in the San Francisco Bay. Verdier sold his entire cargo in the bay itself, with shoppers paying for merchandise with cash or gold aboard the ship before loading their purchases into their waiting rowboats and returning to the shore. Recognizing the demand for luxury goods in the booming city, Verdier quickly returned, establishing a waterfront store in 1851. Nine years later, the company operated out of the Occidental Hotel.

Verdier named his business the City of Paris Dry Goods Company in honor of the ship he had used in 1850 and as a reminder that he was the premiere importer of European luxury items. In 1896, the company opened a new store at this location. After the building had been damaged as a result of fires spread during the 1906 earthquake, management decided to redesign the sales floor around an opulent rotunda capped by a dome made of stained glass. As part of their celebration for the re-opening of the store in 1909, the company placed a large Christmas tree in the middle of the rotunda. Other department stores around the nation would follow this trend.

Like most other downtown department stores, the City of Paris ceased to be profitable by the late 1960s and management announced their plan to close the store in 1971. The Hawaii-based department store chain Liberty House attempted to operate out of this location for a couple of years but likewise decided to close the business. In 1974, Neiman Marcus purchased the property and announced their intention to build a new store at the location. Over the next few years, concerned citizens attempted to thwart Neiman Marcus's plan. Although the building was recognized as a California Historical Landmark and was also listed on the National Register of Historic Places, the California Supreme Court ruled in favor of Neiman Marcus's property rights. The company demolished the City of Paris building in 1981.