The Richmond Hill Branch of the Queens Public Library is one of seven public libraries in Queens built with funding from philanthropist Andrew Carnegie. There was an earlier lending library for Richmond Hill locals established by Ella J. Flanders in 1899; this library building was dedicated in July 1905. A rear addition in 1929 housed the children's library. The building is also noted for a large mural inside, showing several scenes from Richmond Hill's history. The mural "The Story of Richmond Hill" was painted by Philip Everwood as part of the Works Progress Administration program in the mid-1930s. The building continues to be used as a public library and is a contributing building to the Richmond Hill National Register Historic District, listed in 2019. 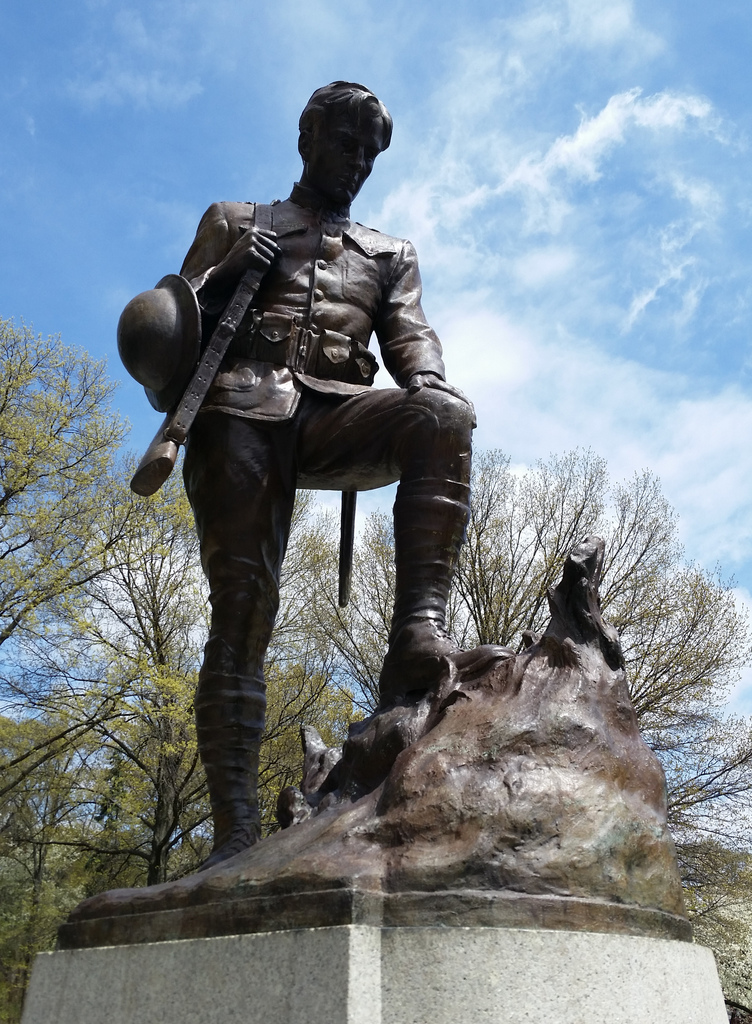 One of nine so-called "doughboy" statues found throughout New York City parks. This particular one depicts a solemn and contemplative rifle and helmet-bearing soldier with downcast eyes, known sometimes by the affectionate moniker "My Buddy." The monument in total contains a doughboy statue, a commemorative flagstaff and a small oval plaza dedicated to one of Richmond Hill's own distinguished soldiers.

The large red brick building at the corner of 102nd St. and 85th Ave. in the Richmond Hill section of Queens is Public School No. 66. The P.S. No. 66 building dates to 1898 to 1899, although it did not open as a public school until 1901. A three-story rear addition on the east end is from 1905 - 1906. The school has been known by a number of names, including Brooklyn Hills School, the Oxford School, and since 2003 as the Jacqueline Kennedy Onassis School (for her passion for historic preservation and literacy). The school building was listed in the New York and National Registers of Historic Places in 2003 and was designated a New York City landmark in 2010. The building continues to hold a public grammar school.

Behind the stone church on 96th St. in the Woodhaven section of Queens is the Wyckoff-Snediker Family Cemetery. The cemetery isn't visible from the sidewalk and is surrounded by wooden fencing. The cemetery's marked graves date back to 1793 and up to 1892. The Wyckoff and Snediker families donated land from their neighboring farms in 1785 to create the burial ground lot of a half-acre, when Woodhaven was still rural. The cemetery was listed on the New York and National Registers of Historic Places in 2001. The inactive cemetery land was purchased by the neighboring church in the 1960s and is currently not readily accessible to the public. 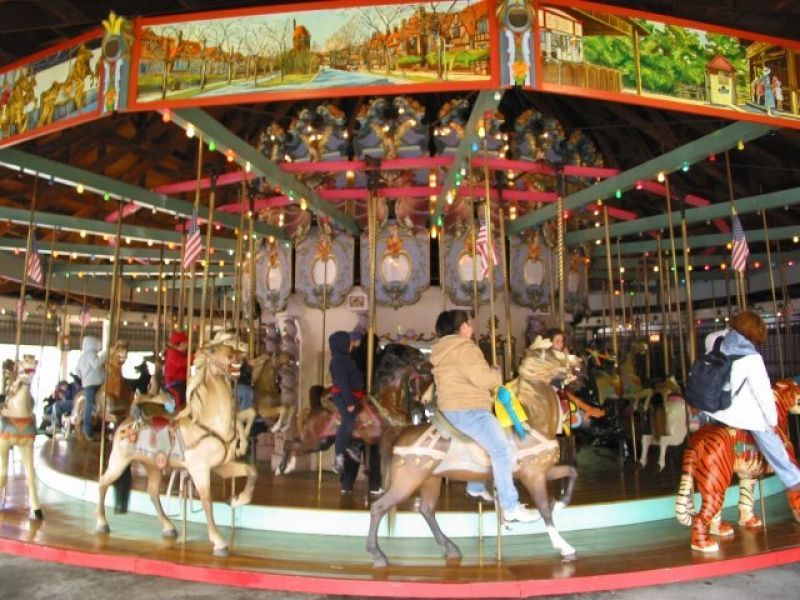 The Forest Park Carousel is a historic early 20th-century carousel originally located in Dracut, Massachusetts, but it was moved to Forest Park in Queens in 1971. The carousel is one of only two surviving examples built by the famous D.C. Muller brothers. Astoundingly, it is still in operation to this day. It was added to the list of New York City Designated Landmarks in Queens in June, 2013. 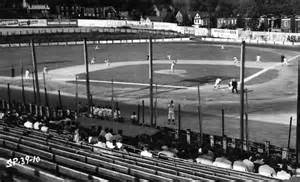 Dexter Park was a Negro League baseball park located in Queens, New York. The park hosted many football and baseball games, as well as other local events. Not only was the ballpark home to multiple Negro League baseball teams, it was also home to the first nighttime game in 1930, which featured the first focused lighting system on a baseball field. Unfortunately, the baseball park was torn down in 1956 and is now the site of a supermarket parking lot.

One of the oldest bars in the country is Neir's Tavern, whose slogan is "the most famous bar you've never heard of." It opened in 1829 as the Old Blue Pump House. The tavern was right across the street from the entrance to a horseracing track, the Union Race Course. The name of the business changed several times before Louis Neir purchased it in 1898 and renamed it Louis Neir's Social Hall. Some scenes from the movie "Goodfellas" were filmed in Neir's. The wooden interior mahogany bar dates to about 1860. Neir's Tavern was almost forced to close in 2020 due to rising rents. A grant from the City of New York saved the business. A historical marker has been erected outside the bar, which continues to serve food (including the Goodfellas burger) and drink.

The Lalance & Grosjean Manufacturing Company factory produced tinware and other products at this site from 1863 to 1955. Established by partners Florian Grosjean and Charles Lalance, the business’ success helped spur the growth of the Woodhaven neighborhood in Queens. Moving their company from Pearl Street in lower Manhattan to Woodhaven allowed the partners to utilize the Long Island Railroad on Atlantic Avenue to transport manufactured goods and grow the company to upwards of 1,000 employees by the 1890s. In February 1876, a fire damaged most of the original factory structure but by August of that same year, Grosjean had the factory back in operation with repairs to the building also leading to the installed the building's distinctive clock tower. The Lalance & Grosjean Manufacturing Co. was widely known for its Agate and Crusader kitchen utensil wear. The building now serves as the location of various retailers and restaurants as well as office space for health care providers.