One of the fountain's faces spouting water on park goers 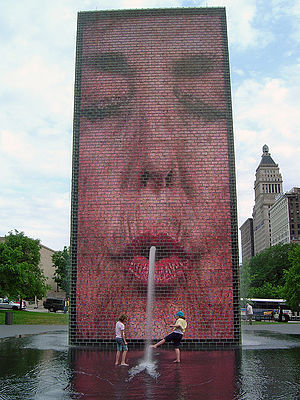 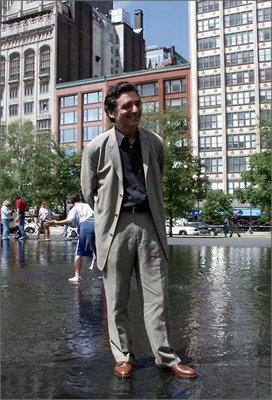 Night view of the fountain 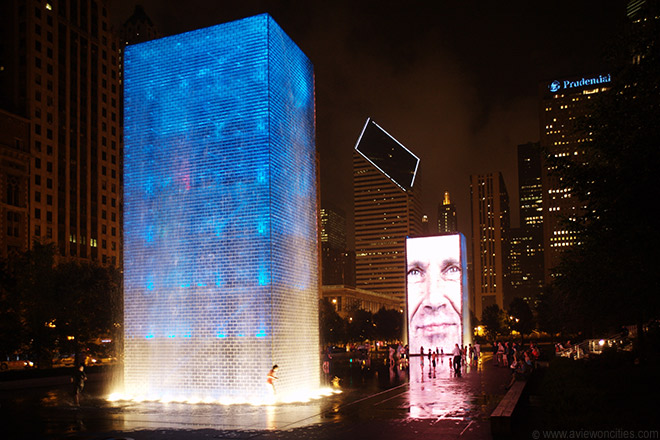 View is the fountain with Chicago skyline in background 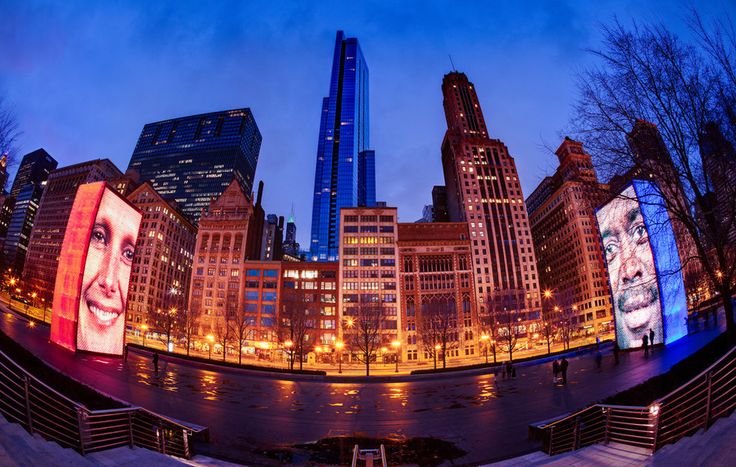 Jaume Plensa was born in 1955 in Barcelona, Catalonia. Catalonia is an autonomous community within Spain. Due to its Statue of Autonomy, it is designated as a nationality. It is a very complicated and contested identity. The Parliament of Catalonia ruled in September 2005 that Catalonia was, by definition, a nation. However, the Spanish Government does not consider this legally binding due to the Spanish Constitution's recognition of the "unity of the Spanish nation."
Plensa's work, the Crown Fountain and his other public work, seeks to engage and connect with the viewer through expressing dualities in his work and challenging the viewer to engage with them intellectually. These dualities in their literal form (inside/outside, light/dark, front/back) call for the viewer to consider the metaphorical dualities within life and within ourselves. The hybrid nature of his work is heightened by combining conventional sculpture materials (glass, aluminum, bronze) with less conventional materials (water, light, video). This also heightens viewer participation as the viewer is asked to make unusual connections through the viewing of the piece.
Plensa's use of video allows the fountains to remain enjoyable and interactive even in Chicago's frigid winter months when the water is turned off. The use of the "faces" in the video element of the fountain also allow for a representation of the city's diversity.
The fountain has also been a source of controversy, even before it was built. James Wood, the president of the Art Institute of Chicago, along with several other community leaders, thought the towers would be too tall. It was even said that the size of the project was a "pissing contest" to compete with other park features.