The Monongalia Arts Center, or MAC, is located in Morgantown, West Virginia near the campus of West Virginia University. The MAC opened to the public in 1978 as a non-profit arts and culture center to showcase local artists and performers. The MAC's mission is to provide the materials needed to build interest in the arts through ongoing educational programs. Located in a former post office building, the MAC has two galleries, a theatre for the performing arts, and is undergoing production on other projects including an internet radio station and the establishment of the Tanner Theatre as a regular venue for touring bands.

The Monongalia Arts Center building was originally a post office constructed in 1913. This building also houses the Morgantown History Museum. 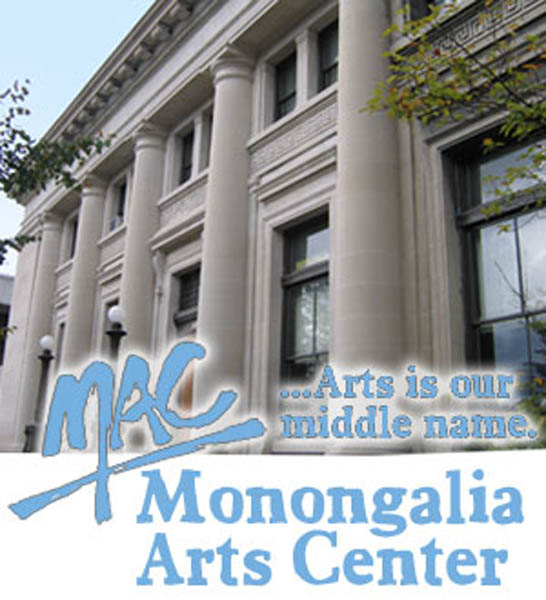 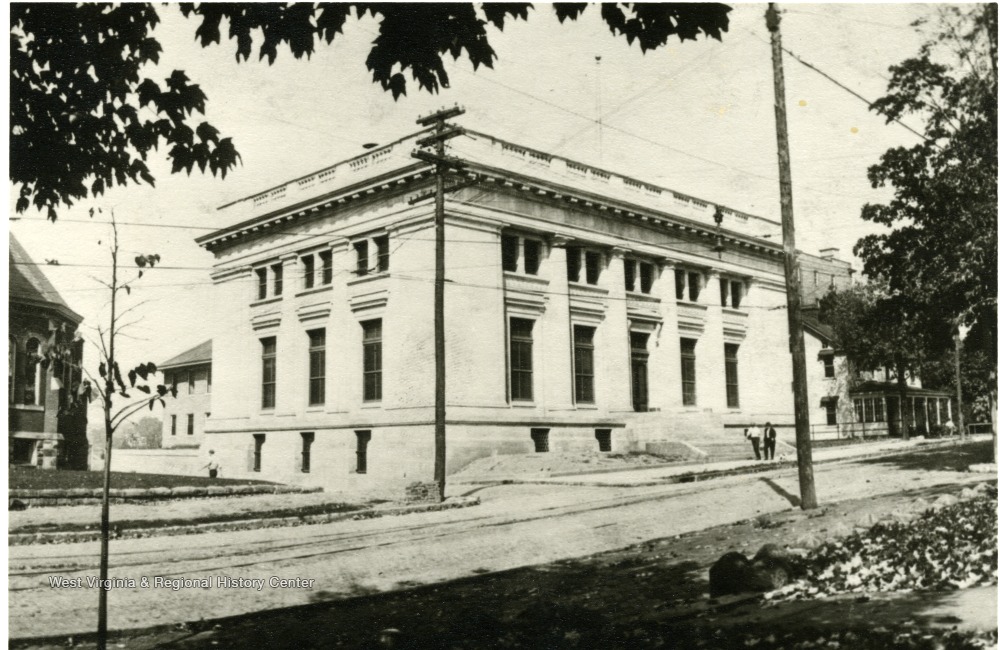 The Neo-classical building that houses the Monongalia Arts Center was constructed in 1913 and was a federally owned post office until it was purchased in September 1975 by the Louis F. Tanner family. The post office was designed by Oscar Wenderoth in Classical Revival style and referred to as the Old Morgantown Post Office. The building itself was the first in Morgantown, WV to be federally built and federally owned by the U.S. government.

When the building opened in 1914 there was an open house to show off the new post office to the community. Citizens scrutinized one attribute to the building, and it was the "lookout" feature. This lookout was a narrow passageway at ceilings' height that ran through the work areas. The postal inspector used the lookout to secretly watch employees while stopping at "Black shutters" along the lookout and wearing a Black mask so he couldn't be detected.1

Mabel Tanner was a founder of the Morgantown players and local art critic for over 40 years. Tanner had long since envisioned a facility complete with a theatre, art gallery, exhibit area, classrooms and workshop space. The facility would house the performing and creative arts and provide a central point from which to foster the arts and encourage their growth. After Tanner's death in 1974, her family purchased the building in 1976 and then established the Monongalia County Arts Association, Inc. to begin work upon a community arts center, thus giving birth to Tanner's reverie.

In 1978, after two years of planning and development, the Monongalia County Arts Association officially opened the MAC to the public. In 1979, the MAC was added to the National Register of Historic places as "Old Morgantown Post Office". It is located in the Downtown Morgantown Historic District, listed in 1966. The Benedum Gallery, made possible through funding Benedum Foundation, was established in 1979; It is located on the first floor of MAC where the gallery displays monthly art exhibits from a variety of cultural and artistic backgrounds. The gallery is handicap accessible and open during weekdays and Saturday afternoons, information on each month's gallery is available on location or online at the center's website.

The Robert M. Davis Gallery is MAC's second floor gallery. The Benedum Gallery, established in 1979, was named after the Benedum Foundation for their donation to the MAC. This gallery was the first commercial gallery in the region and the first community controlled gallery of its type to allow artists submissions. The gallery was created out of a grassroots effort in 2004 as a means to showcase emerging artists and cutting-edge art forms. In 2007 and 2008, the Davis Gallery experienced several upgrades and was doubled in size due to a grant from the Hazel Ruby McQuian Charitable Trust and community volunteer efforts. The Robert M. Davis gallery uses a gallery track hanging system and covers over 800 square feet on the second level.

The Mabel DeVries Tanner Theatre was dedicated in 1981, and the room serves as MAC's space for the performing arts. Originally a federal building, this 1913 Neo-classical structure was donated in 1976 to be developed and maintained as a cultural center for Monongalia County. Over the years, the theatre has hosted everything from plays and classic theatre productions to music performances. The theatre also functions as multipurpose space, available to the public for reservations for events such as wedding receptions and other private parties. In 2008, the MAC began regularly booking local and touring bands for shows and concerts in the space.

The MAC offers classes and workshops in a variety of fields, including classes in Zumba, Yoga, and Kindermusik. The center also hosts two free sewing circles and MACKnitters. Ongoing artists studio sessions for figure drawing are offered all year featuring multiple models and body types. MAC offers the most affordable private music and art lessons in the region as well. Another ongoing program is MAC Improv which meets every Tuesday from 7-9 PM.