Item 20 of 27
This is a contributing entry for Historicizing Heritage and only appears as part of that tour.Learn More. 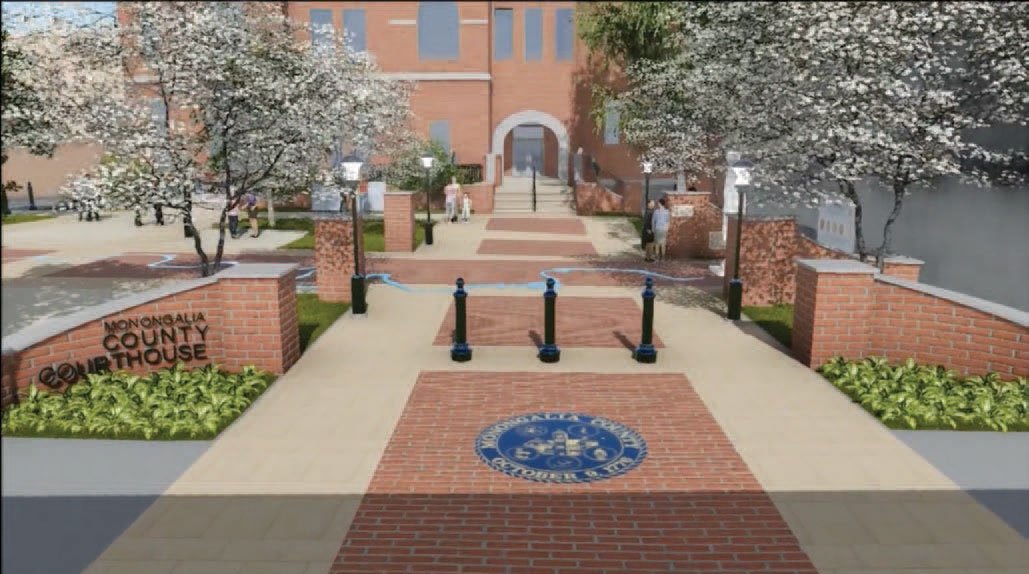 Photo of a "Creative Arts Exhibit" held in the courthouse plaza in 1966. 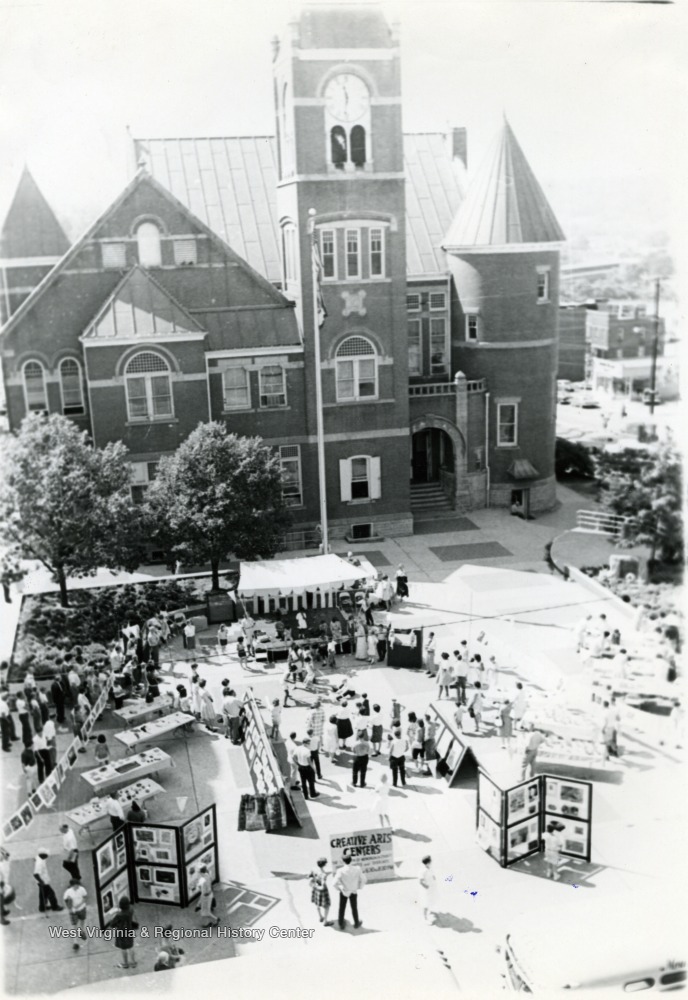 The plans to renovate the Monongalia Courthouse Plaza were first discussed in 2016. The square prior to the update had been concrete and the Monongalia County Commission thought that it would be wise to renovate it in order to make it ADA accessible and to show a county pride and dedication to perception. As commision president Tim Bloom stated in May of 2018:

“One of the things we needed to do, besides make it ADA accessible, was to show prospective business owners who were coming down here that we take care of our property."1

In July of 2016, the Monongalia County Commission chose the local architect firm Mills Group to begin designing the renovations, citing safety concerns as the first priority. 2 Falling the initial planning the Commision held discussion with residents in November of 2016 to see what they would like to see incorporated into the design. The same month the plans were first presented to the public. 3, 4 These plans included an outline of the Monongahela River in the patio surrounded with LED rights, plaques honoring the counties fallen, armed forces members, a metal timeline of major events since 1800, and if possible incorporating a fountain to the front of the Courthouse as had been present prior to a modernization attempt in the 1960s.1,4,5 A contest was also issued for a new county flag to be hanged above the plaza open to the school children of the county, which was won by high school senior Andrew Riley. 6

The original fountain was thought to be lost when renovations began and was very difficult to redesign based on the fragmentary surviving evidence of it from old and blurry photographs from decades ago when Phil Cole, a designer on the project, stumbled upon during a run in a park in nearby Westover.5 This was the final piece of the project and added running water to the plaza to signify the role water had played in the development of the county.5 With the fountain added and all the construction completed, the plaza was rededicated on May 2, 2018. 1