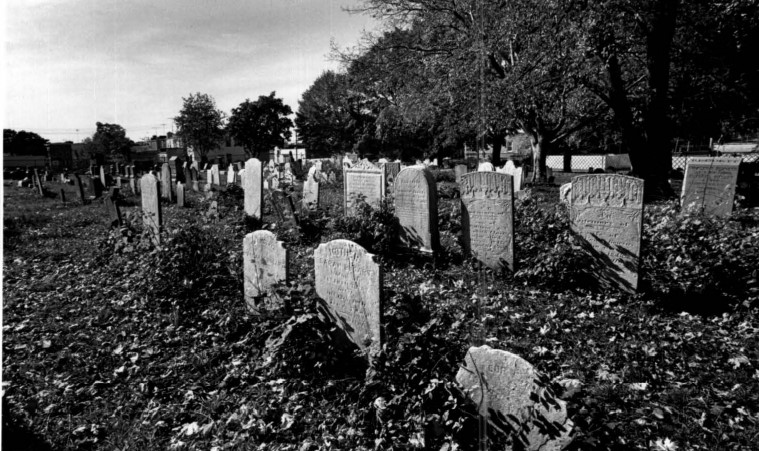 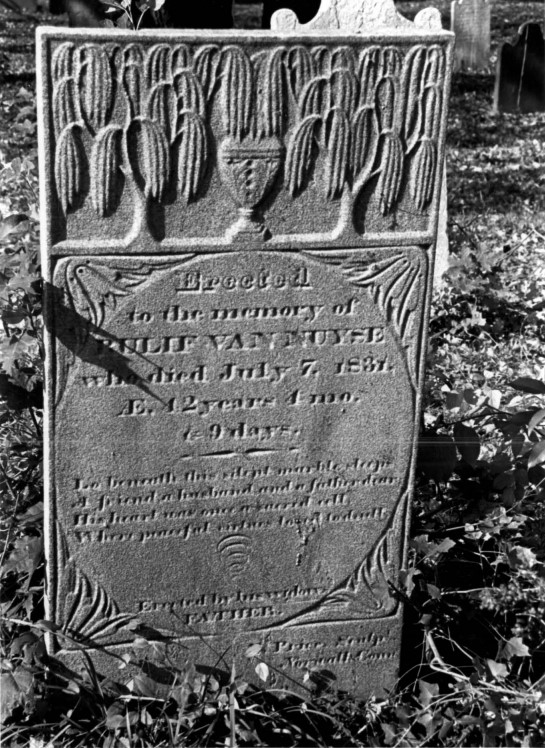 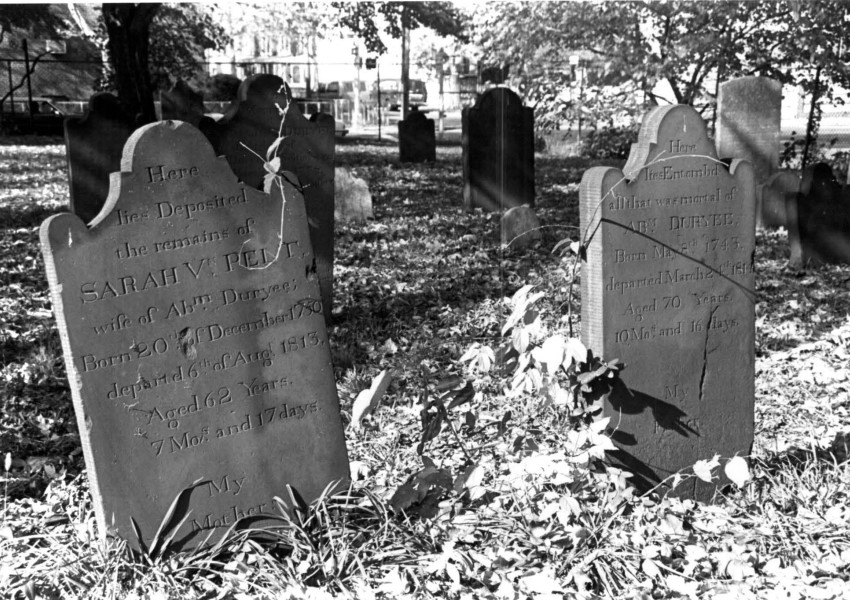 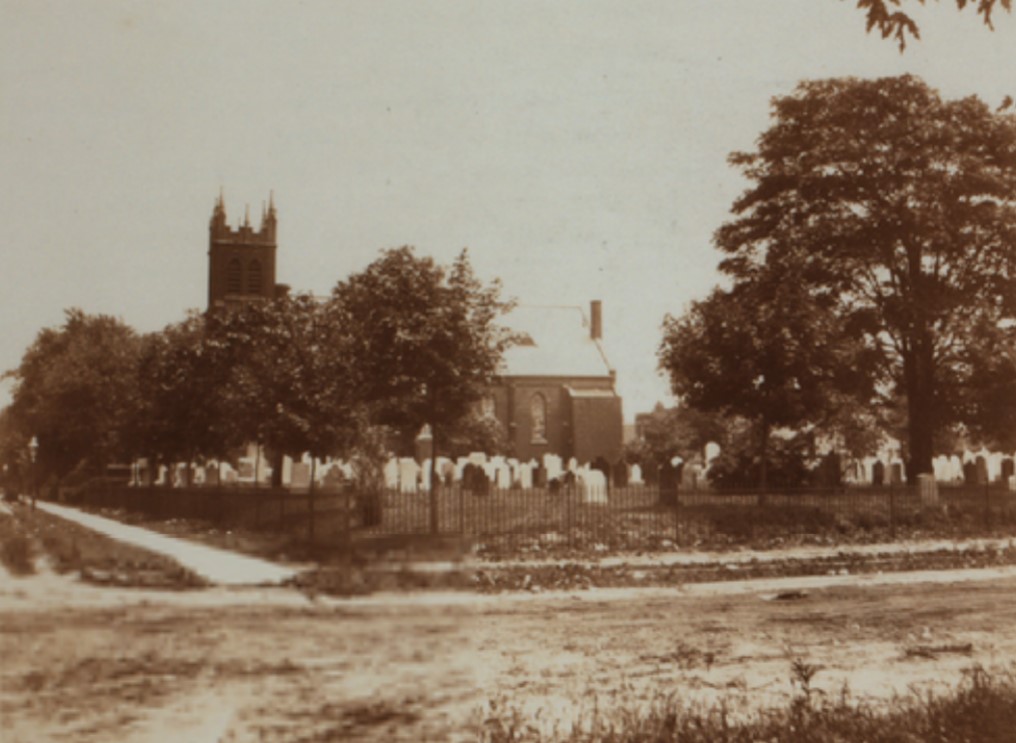 New Utrecht was settled by the Dutch West India Company's Cornelius Van Werckhoven, and after his death, by Jacques Cortelyou. In the early days of the Dutch Town of New Utrecht (covering present-day Bay Ridge, Borough Park, Bensonhurst, and Bath Beach), farm families typically buried their dead in a family cemetery on their farm. Some of the interments were later moved to the cemetery established in the 1650s on the outskirts of the Village of New Utrecht. The cemetery was on the Village of New Utrecht's main street (Kings Highway, now 84th St.).

In 1700, a church was built next to the New Utrecht Reformed Church Cemetery along 84th St.; this former building was octagonal with a tall spire. Before that, the parishioners traveled to Reformed Churches in Flatbush or Gravesend for services. The area was occupied by the British during the Revolutionary War, who reportedly lived in the church and used the gravemarkers in this cemetery for target practice.

A newer church building (St. John's German Evangelical Church in 1920s; Metropolitan Baptist Church now) stands in the location of the 1700 church, east of the cemetery. A new building for New Utrecht Reformed Church is located on 84th St. east of 18th Ave. (also a Clio entry) and was built in the late 1820s using stones from the previous (1700) church. The cemetery became a New York City landmark and was listed in the National Register in 1998, along with the parish house (built 1892) of the standing church; the church is a National Historic Landmark (1966) and was added to the National Register in 1980.

Highlights of the cemetery include a communal, unmarked grave of Revolutionary War soldiers and an area near the intersection of 84th and 16th where many Afican-Americans (free and enslaved) were buried. Although the Daughters of the American Revolution erected a monument here in 1916 to local Revolutionary War General Nathaniel Woodhull, the general died near here after being wounded in the Battle of Long Island (Battle of Brooklyn) and was buried elsewhere on Long Island. The cemetery contains about 1,300 burials. Most of the early gravemarkers are upright tablets of red sandstone or brownstone. Limestone and marble became more commonly used in the cemetery's nineteenth-century gravestones, and are susceptible to erosion from environmental factors like acid rain. Granite became a more popular material by the late nineteenth century, and is more durable.

New Utrecht Reformed Church and an organization called Friends of Historic New Utrecht have organized volunteer groups to clean up and restore the cemetery over the past couple decades. They had their work cut out for them in 2003 after Hurricane Isabel toppled a number of large trees in the graveyard. Earlier, a tall obelisk monument to two doctors who died fighting a yellow fever epidemic in 1910 was knocked off its base by a falling tree limb during Hurrican Floyd (1999). While new burials are rare now, they do happen once in a while.

Only open to the public via tours: Friends of Old New Utrecht