The building as it appeared after Angel had it renovated for his clothing store. 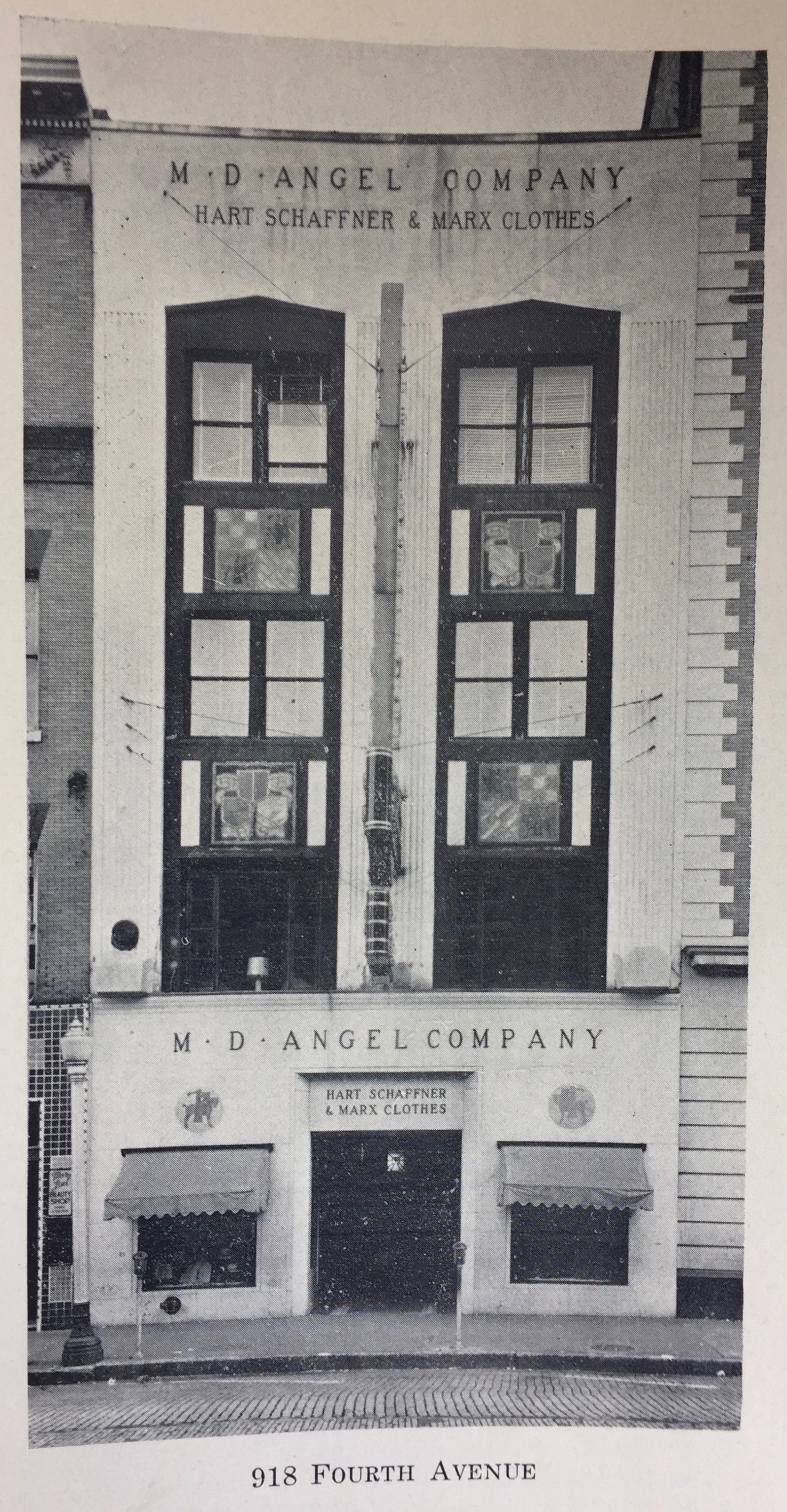 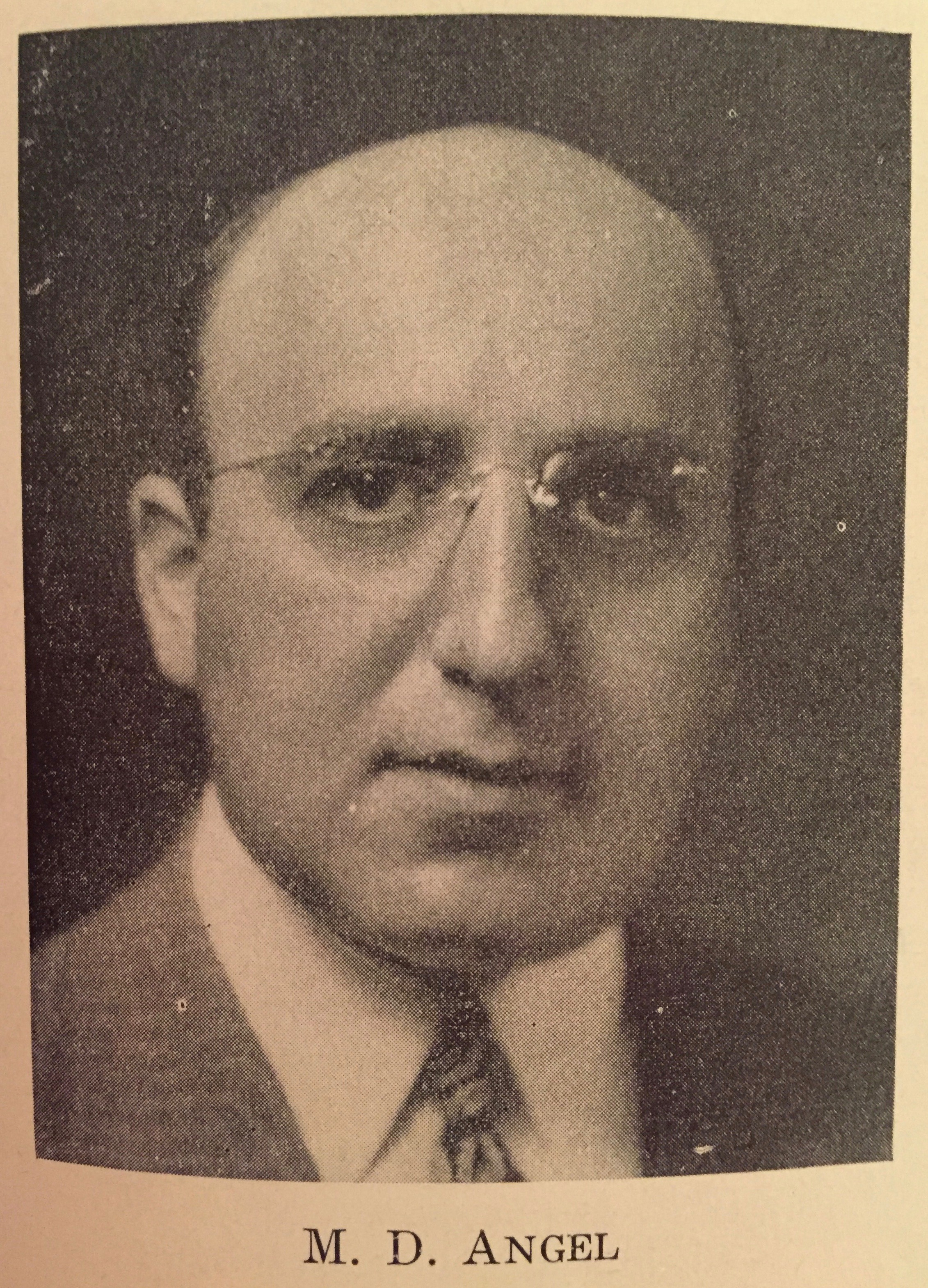 The Angel building during the flood of 1937 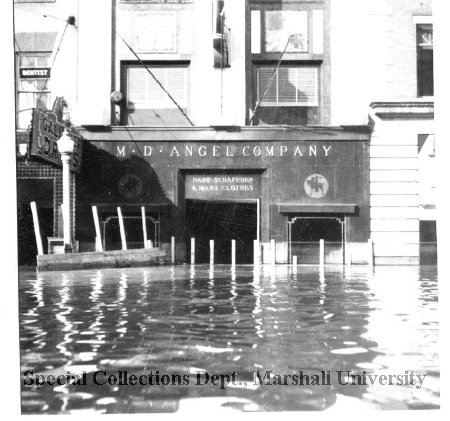 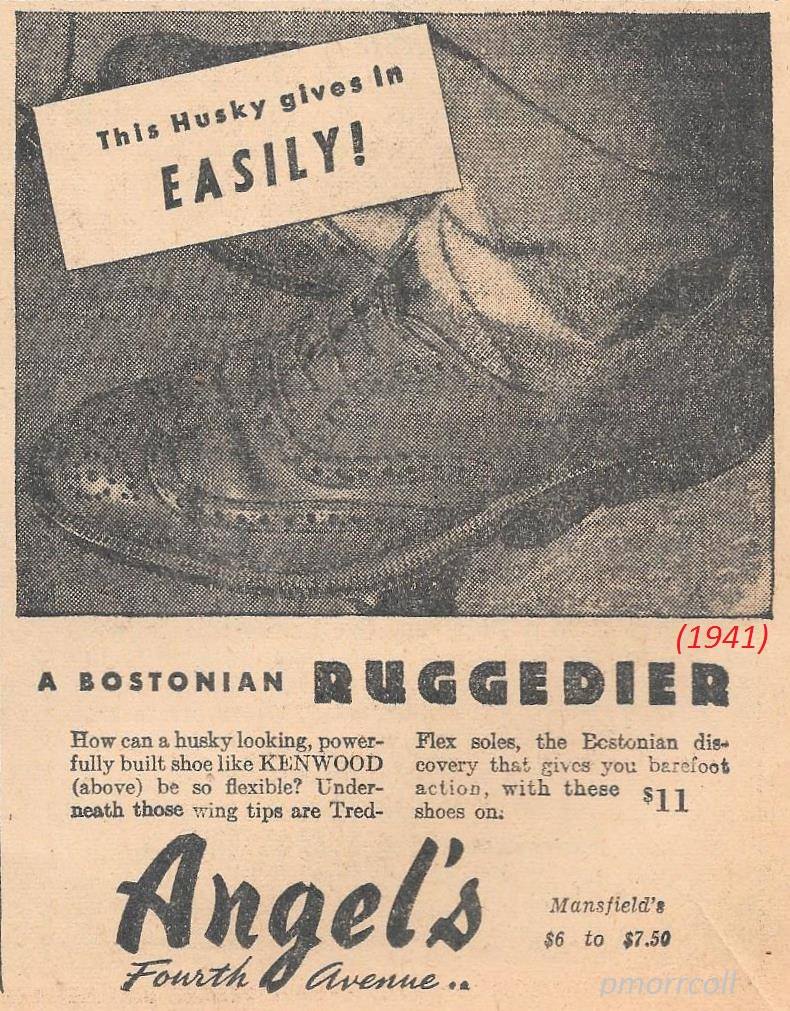 The building when it housed the Union Company. Photo courtesy of James E. Casto. 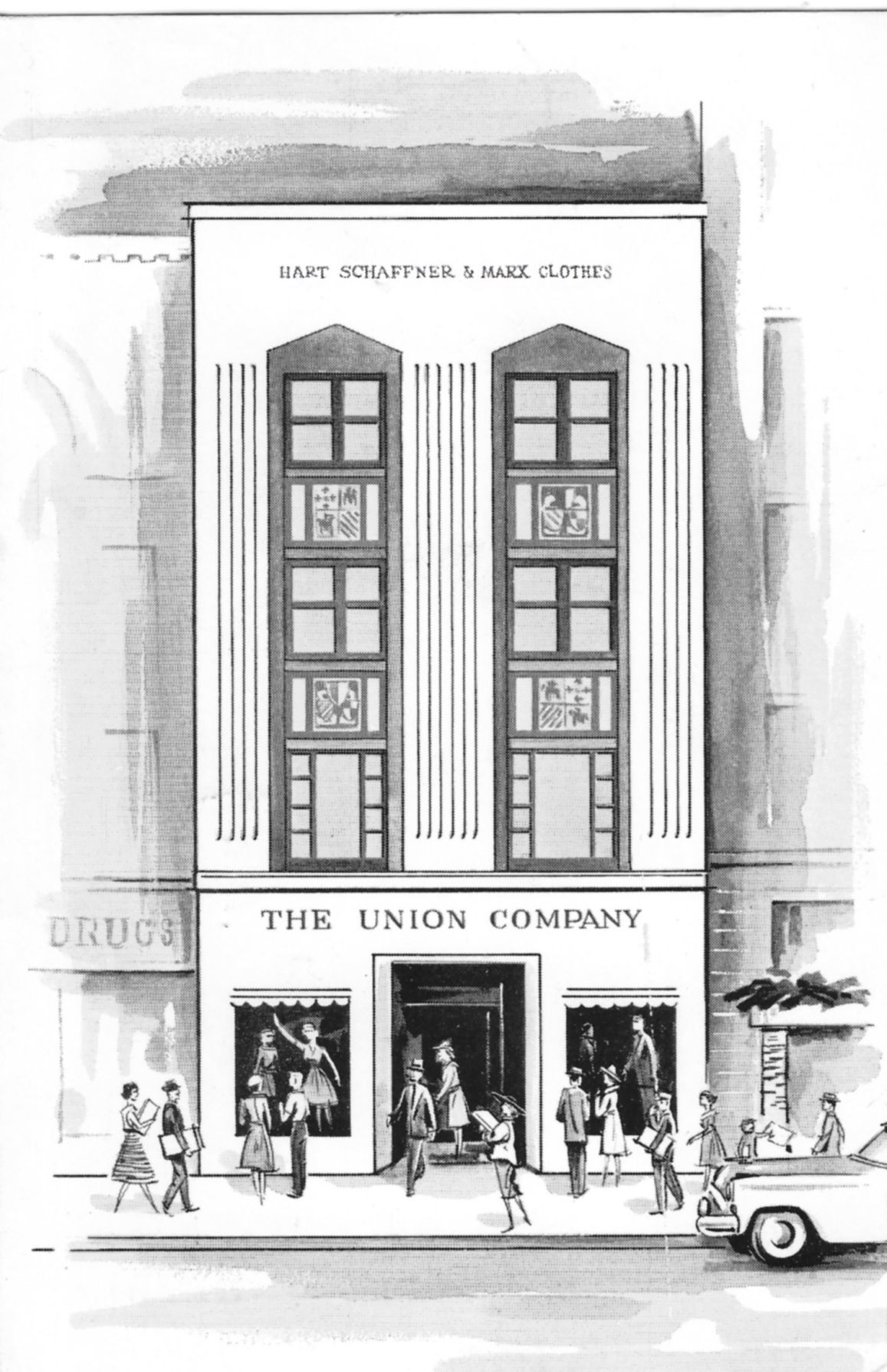 The M.D. Angel Company building as it appeared prior to the 2015 renovations. Photo courtesy of James E. Casto. 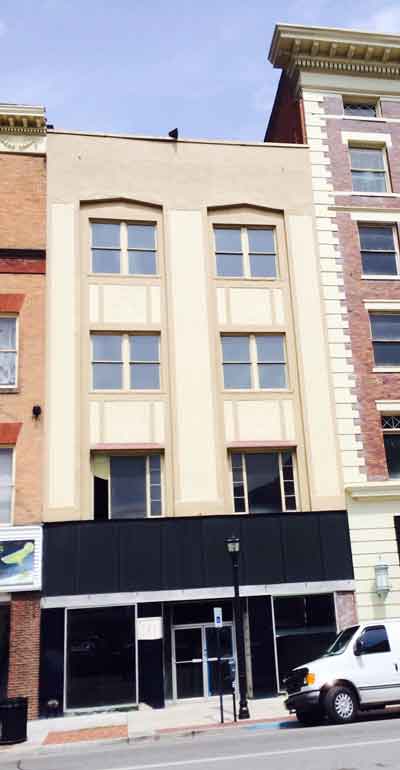 The Angel Company was founded by Henry E. Angel in 1910, originally operating within a general store on Third Avenue. The business proved successful, and in 1923, Henry turned it over to his son, Max D. Angel. At the time, Max had been working at one of the most popular men's stores in Huntington. Max opened his own store in the Florentine Hotel Building, but within a few years he sought to expand. He set his sights on a Fourth Avenue building that formerly housed Johnston Undertaking Company. With the help of his four brothers and father, Max purchased the building and opened the business at the new location in 1929. He transformed the front from a tired, red brick to an Art Deco style white facade with Belgian Black marble and colorful coats of arms under each window. With these changes, the family opened one of the most modern and extravagant stores in the area at the time.

At first, Angel’s was strictly a men's retailer and only the ground floor of the building was utilized. In 1935, under the direction of Max's brother Abe, the store added women's apparel on the second floor. In 1939, the company further expanded its offerings by adding a boys’ department. Over the years, Angel’s grew into one of Huntington’s premier retailers and became well known for its advertising. The family hired Russell M. Carter in 1930 to head their radio, newspaper, and other advertising tactics, which garnered them much more publicity.

In 1961, M.D. Angel Company was bought by the Union Company, a department store based in Columbus, Ohio. The grandson of the original founder, Don Levy, said that it was named "The Union" because it was founded in Chicago during the Civil War. The Union Company was open in Huntington for only two years before the company decided to close the branch and focus more on its Ohio stores. After this point, the building went through a series of short-term tenants who altered the facade of the building. It is part of the Downtown Huntington Historic District, which was nominated to the National Register of Historic Places in 1985. In 2014, Huntington developer Shane Radcliff acquired the building with plans of renovating it. Radcliff initially returned the facade to its original appearance, with Black marble and colorful coats of arms under each window, but it has since been changed to a more modern and minimalist wooden front. The Angel Building currently houses Movement Mortgage on the first floor and high-end apartments on the upper floors.