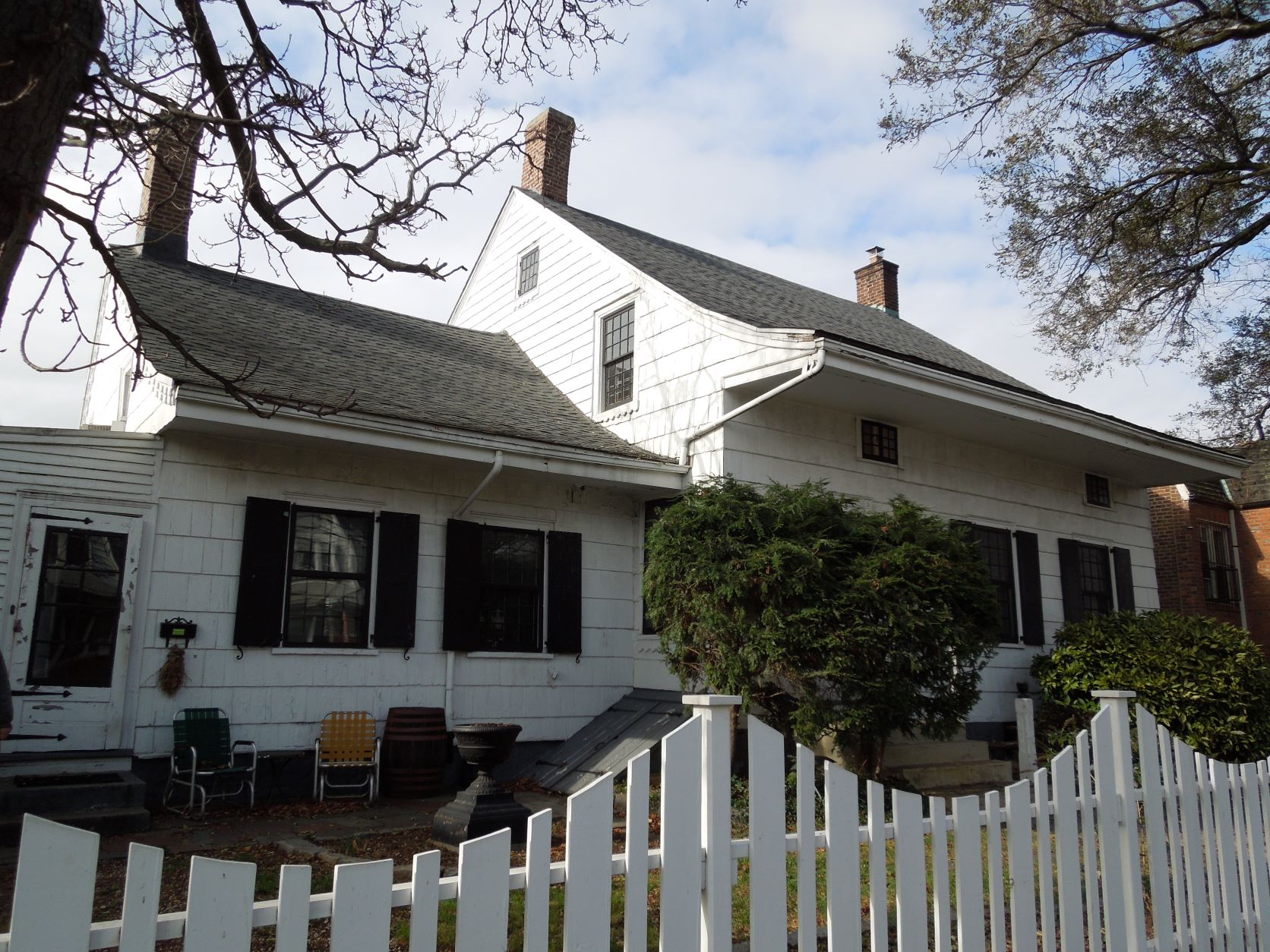 SBK House viewed from its backyard in 1979 photo (NYS CRIS) 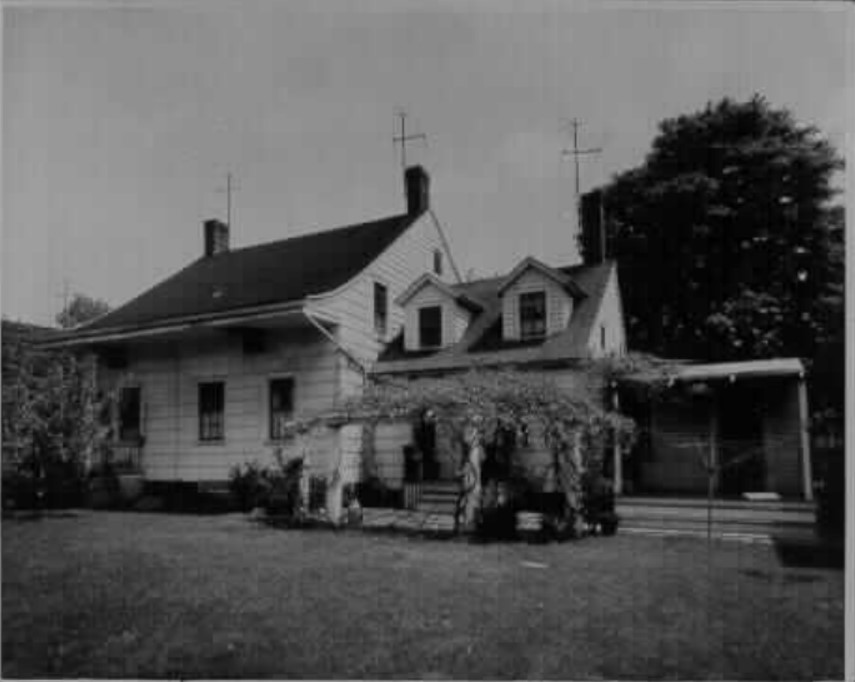 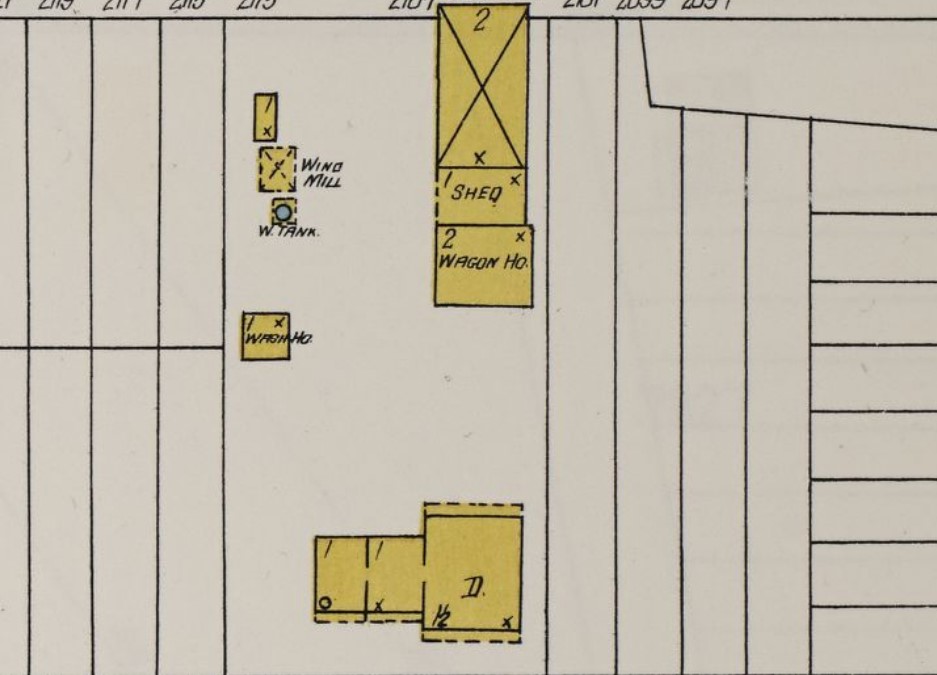 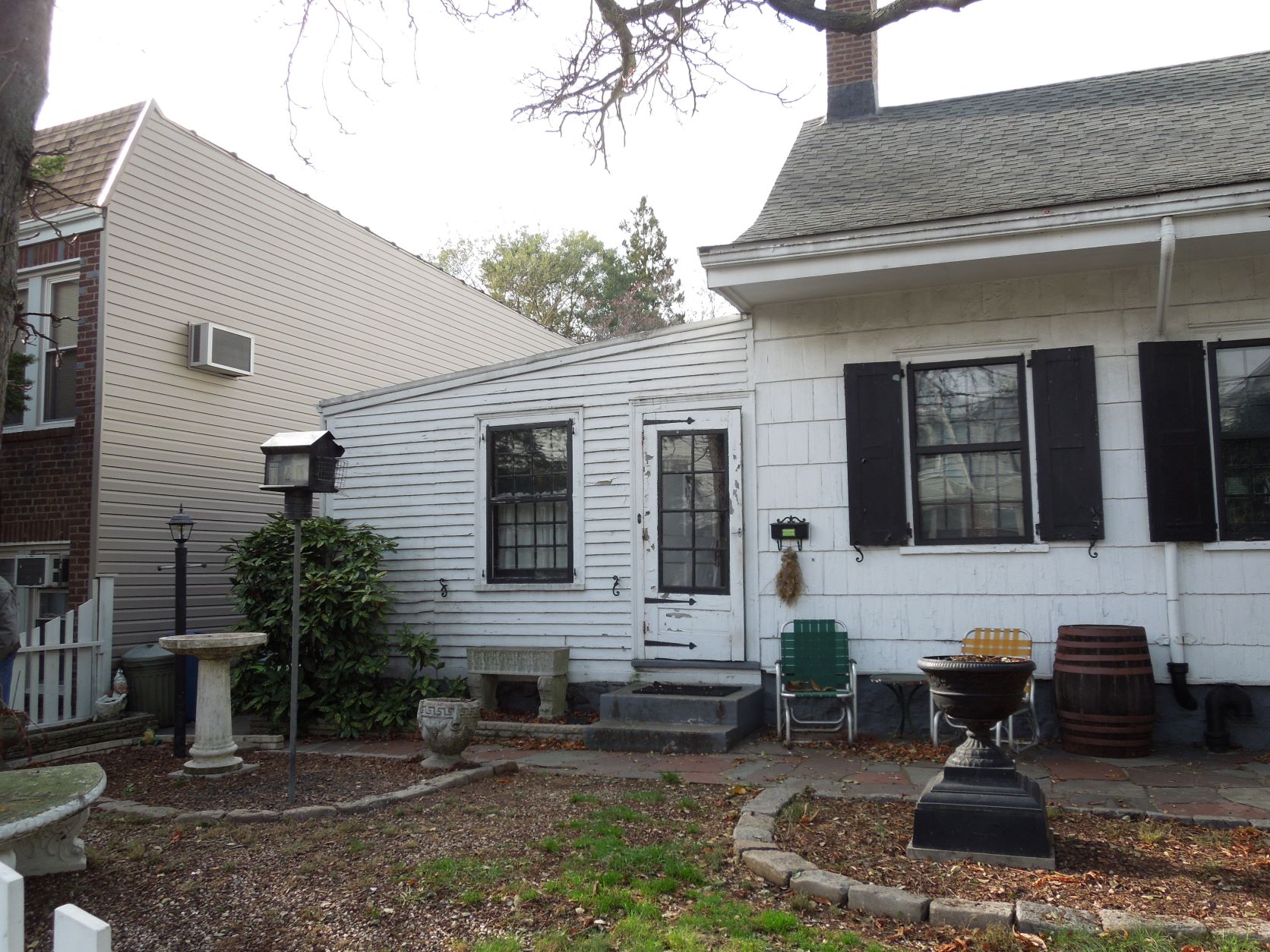 Flatlands was purchased by the Dutch (Andries Hudsen and Wolpert G. van Couwenhoven) from Native Americans in 1636; its Indian name was Keskachogue or Keskateuw. The Dutch renamed the place Nieu Amersfoort. A town charter was granted in 1654. The British took over the colony in 1664 and soon renamed the settlement Flatlands. The first Stoothoff to settle in Flatlands was probably Elbert Elbertse Stoothoff van de Vrede, who emigrated in 1633 from Nieuwkerken and eventually moved to Flatlands; he served as a magistrate for many years. Elbert married in 1645 and again in 1683, five years before his death.

One of Elbert's sons was named Gerrit Elbertse Stoothoff; Gerrit was the father of eleven children by the time of his death in 1730. One son was named Wilhelmus (b. 1705 - d. 1783); he is thought to be the builder of our Stoothoff - Baxter - Kouwenhaven House ("SBK House") in Flatlands circa [ca.] 1747 (the center of the house now). Wilhelmus married Altje Albertse in 1728 and had seven children over two decades. The eldest son was named Garret; Wilhelmus sold to his son Garret 95 acres in Flatlands south of Mill Road in 1772, next to two other Stoothoff farms. This Garret (b. 1730) married Maria (Mary) Voorhees in 1762 and died in 1780.

Garret Stoothoff's daughters Altie (the wife of John Baxter) and Deborah (the wife of Abraham Wyckoff) inherited their father's property. In 1796, the Wyckoffs sold their interest to the Baxters. The John Baxter house was described in 1796 as measuring 18 by 28 feet with a value of $400. The 91-acre farm also had a barn; the farm's value was estimated at $2,400. John Baxter was an immigrant from Ireland who worked as a schoolmaster in Flatlands. His journal has been preserved. He documented moving the farmhouse in 1811 and building the larger wing, to the right of the original house. The next family raised in the house was John Baxter's son, Garret Stoothoff Baxter (b. 1792 - d. ca. 1836), who married twice: to Abigail Wyckoff and to Sarah, his widow. Garret S. and his first wife, Abigail, had a daughter named Abigail. Her stepmother, Sarah, deeded the house to Abigail in 1838. Abigail married William I. Kouwenhoven (b. 1818 - d. 1904) in 1843. Their ninth child, Kitty Kouwenhoven was born in 1861 in the SBK House; Kitty married John Marshall Remsen and owned the house until 1925 or later, when it was sold out of the family.

The wing to the left of the original house has a side shed roof and is open to the backyard; this "kitchen wing" was added in 1880. Around 1900, the house was moved slightly to correspond with the street grid; the house stood within the future location of E. 48th St., as seen on a map from 1890. A 1907 map shows the house in its present location, with a lot extending from E. 48th St. to Schenectady Ave (see the image below). The rear yard contained six wood frame outbuildings - a wash house, two sheds, windmill, wagon house, and stable - and a windmill. The stable stuck out into the road a bit beyond the lot line.

The SBK House was owned by the Cucchiara family in 1994 when it was purchased by a retired teacher, Ken Friedlander. Check out the link to the 2014 online article for photos of the house and its contents, and the story of its ghost (said to be John Baxter - maybe he's looking for his journal).