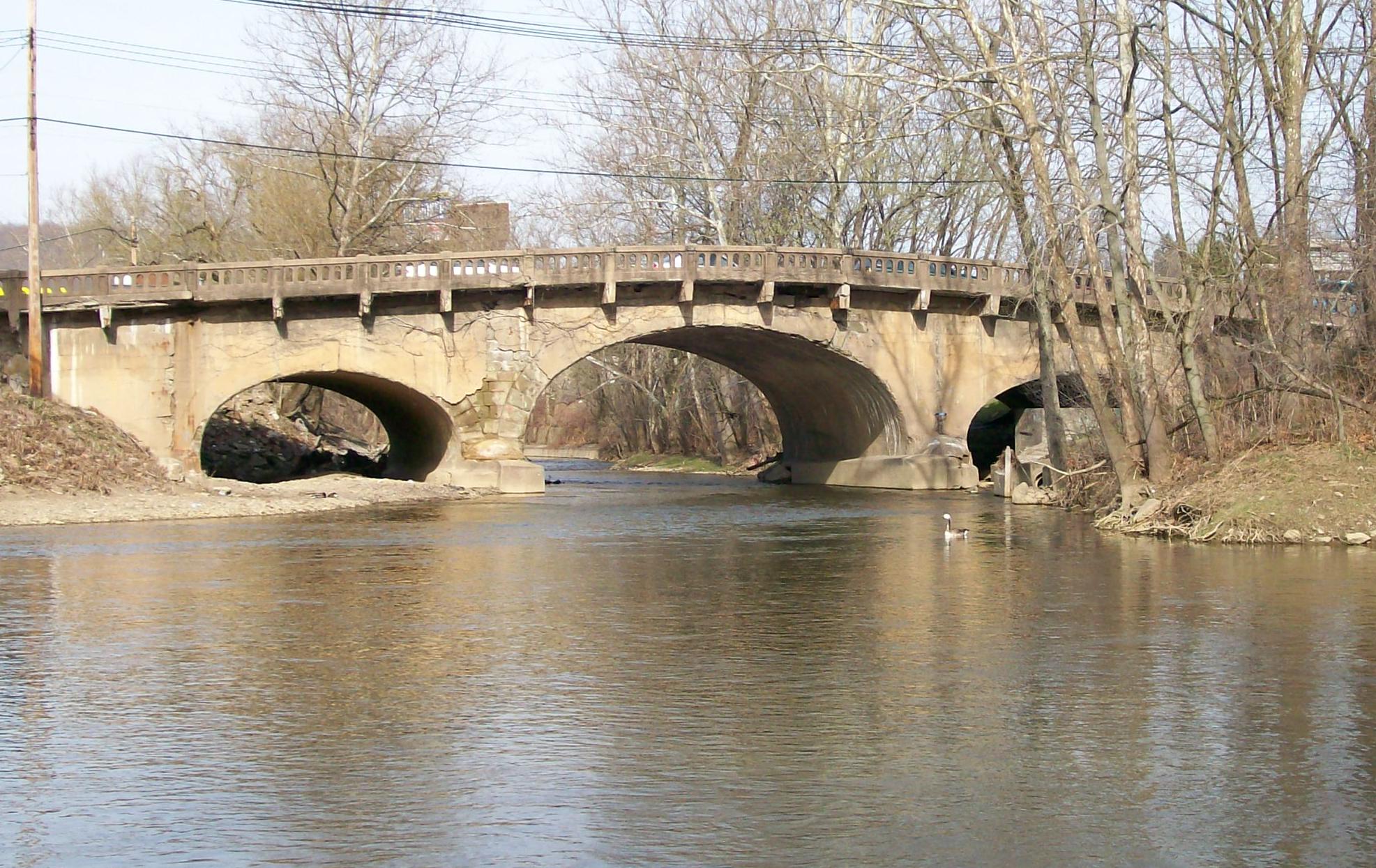 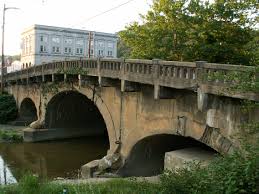 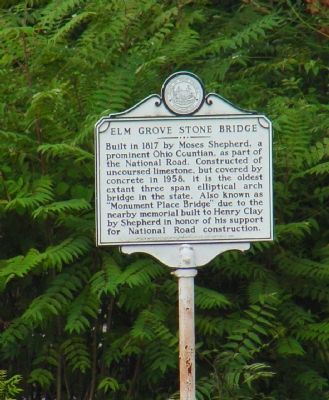 The construction of the National Road between Cumberland, MD and Wheeling, WV necessitated the construction of several bridges to cross Little Wheeling Creek and Wheeling Creek. Several bridges were built in 1817-1818 and were typically stone arch bridges built with local stone, with the exception of one wooden bridge that was built on Main Street in Wheeling. The 1817 Elm Grove Stone Arch Bridge is the only remaining bridge from this period of construction, and it is the oldest bridge still in use in the state.

The bridge is limestone and is a three-span stone arch bridge, build with ellipse instead of circular arches to prevent the bridge from being too high in the middle. The span is 208 feet and it was widened in 1931 to its width of 48 feet. It is one of two remaining bridges connected to the National Road, the other being the Wheeling Suspension Bridge. Until the National Road crossings over creeks and rivers were largely nonexistent, so the construction of these bridges in 1817-1818 were significant in increasing mobility in the Wheeling area.

The construction of the Elm Grove Stone Arch Bridge was due to the influence of Moses and Lydia Shepard, who lived in Shepherd Hall (today the Osiris Shrine Temple). Moses Shepherd was the builder of this unique bridge. Historians believe that Moses got his start in Wheeling, West Virginia when he was around eight years of age. His father, David Shepherd, planted his roots right in the middle of the Little Wheeling Creek. Growing up in Wheeling, a rural part at the time, was very beneficial to Moses. He began to become a very skilled woodworker and hunter. After he built the bridge, he became a very successful congressman. The couple’s friendship with Henry Clay helped secure the route of the National Road to Wheeling. The Shepards wanted the new road to pass by their estate and their influence caused the National Road’s route to be altered slightly to do to. This required the construction of two bridges, one at Triadelphia (which no longer stands) and the Elm Grove Stone Arch Bridge. Moses Shepherd received the contract to construct both bridges. To honor Henry Clay and his role in securing the National Road to Wheeling, the Shepherd’s erected a monument to Clay on their estate in 1820 (the monument no longer stands). Thus, Shepherd Hall was also known as Monument Place and the Elm Grove Stone Arch Bridge as Monument Place Bridge.

Today the bridge is still being traveled and used everyday. A flaw that the bridge had was in 1958 people were beginning to notice cracks in the bridges foundation. With this being a famous bridge people wanted to do the best they could in order to preserve it. With that being said in the later seasons of 1958 the bridge was sprayed with gunnite not only to preserve the bridge, but to also strengthen it.