The Mason-Dixon Line is usually associated with the division between the northern (free) and southern (slave) states during the 1800s and American Civil War-era, but it was delineated in the mid-1700s to settle a property dispute. The line is named after the two surveyors who mapped it, Charles Mason and Jeremiah Dixon. 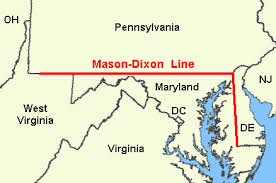 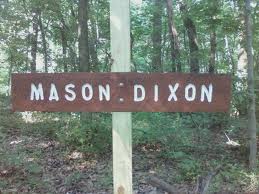 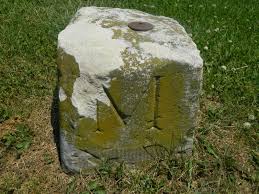 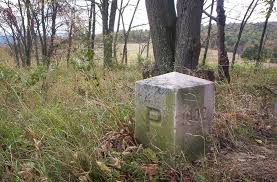 The Mason-Dixon Line, first employed to resolve a bitter land dispute, became a symbol of sectionalism and somewhat a notional division between the Northern and Southern states 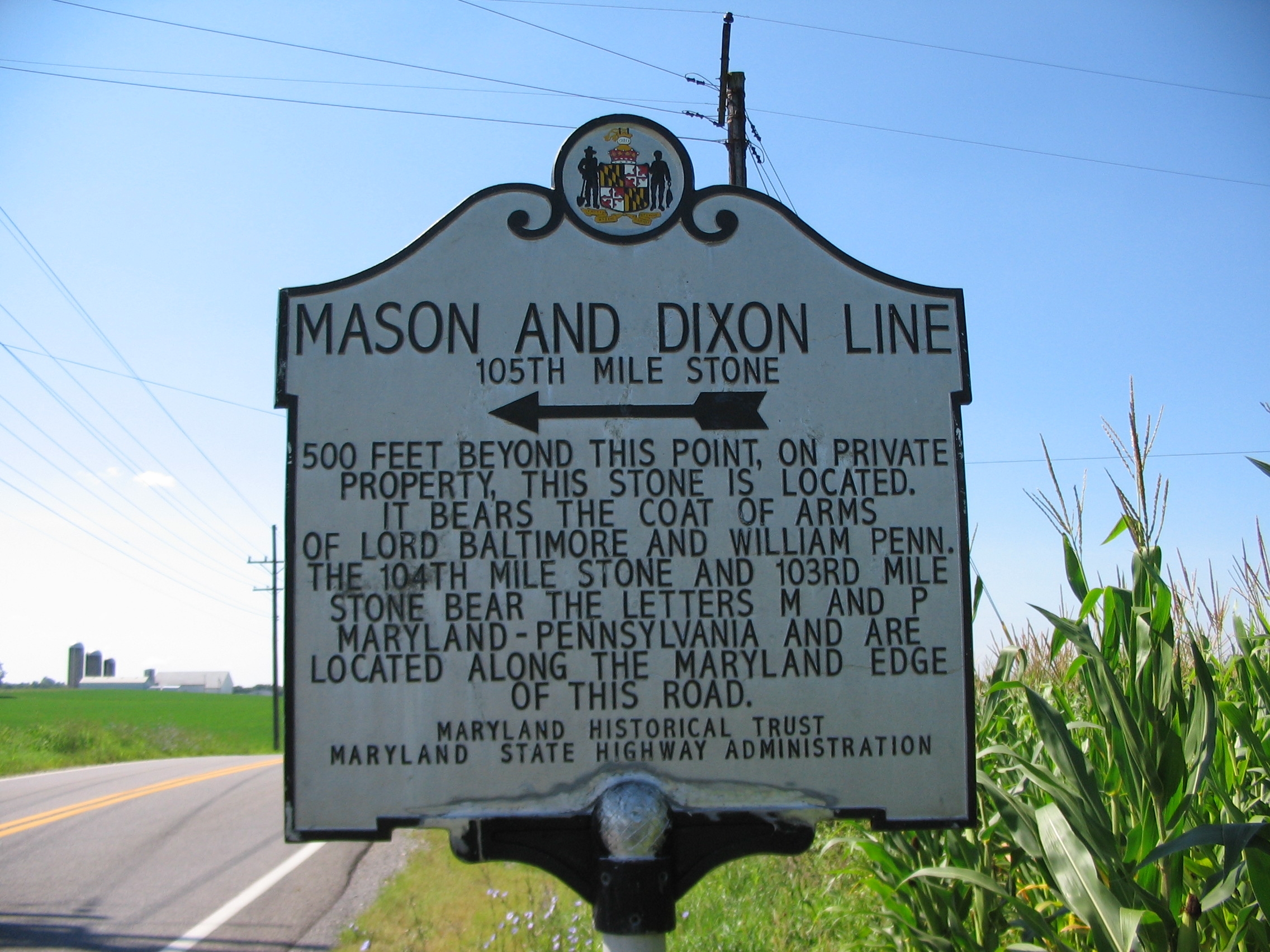 Today the Mason-Dixon line is still a demarcation line for four U.S. states, and forms parts of borders for Pennsylvania, Maryland, Delaware, and West Virginia (which was originally Virginia). While the line was formed to end the boundary dispute between the British colonies of Maryland and Pennsylvania/Delaware, its existence took on a different role after America declared independence. After Pennsylvania abolished slavery, it was the demarcation line for the legality of slavery. The line was useful unless you were beyond the Pennsylvania border, in Delaware or New Jersey, which were both North of the Line and remained slave states after Pennsylvania abolished slavery.
In April of 1763, Mason and Dixon began to survey the line between Maryland and Pennsylvania. The plan was to run the line for a distance of five degrees of longitude west from the Delaware River, which would fix the western boundary of Pennsylvania. However, in 1767, at Dunkard Creek in Pennsylvania (roughly 244 miles west of the Delaware River) their Iroquois guides refused to go any further, having reached the border of their lands with the Lenape, with whom they were engaged in hostilities with. Masson and Dixon were forced to quit their surveying, and their final observations 233 miles from their starting point.