Searight's Tollhouse is a brick structure that sits along the National Road (U.S. Route 40). It was used to collect tolls along the road and as the residence for the toll collector. Built in 1835, it remained in service until 1905 and was then abandoned for a time. It has since been restored by the Pennsylvania Historical and Museum Commission and local historical societies. Period furnishing and fixtures have also been added. The tollhouse is currently administered by the Fayette County Historical Society and open to the public as a period museum. Searight's Tollhouse was designated a National Historic Landmark in 1966.

A head-on shot of the tollhouse with its unique octagonal design. 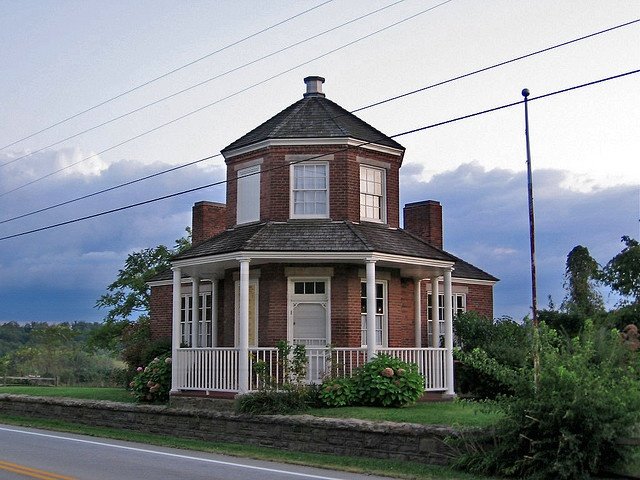 The simple interior of the tollhouse's residence. 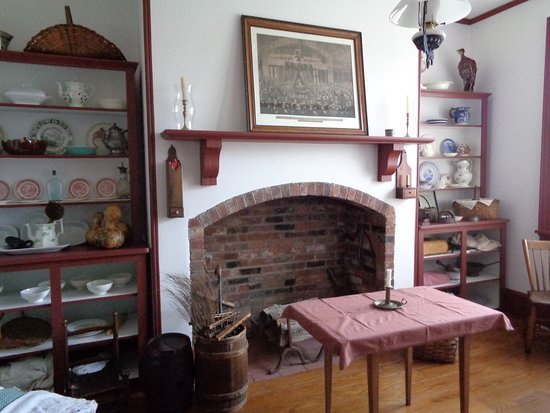 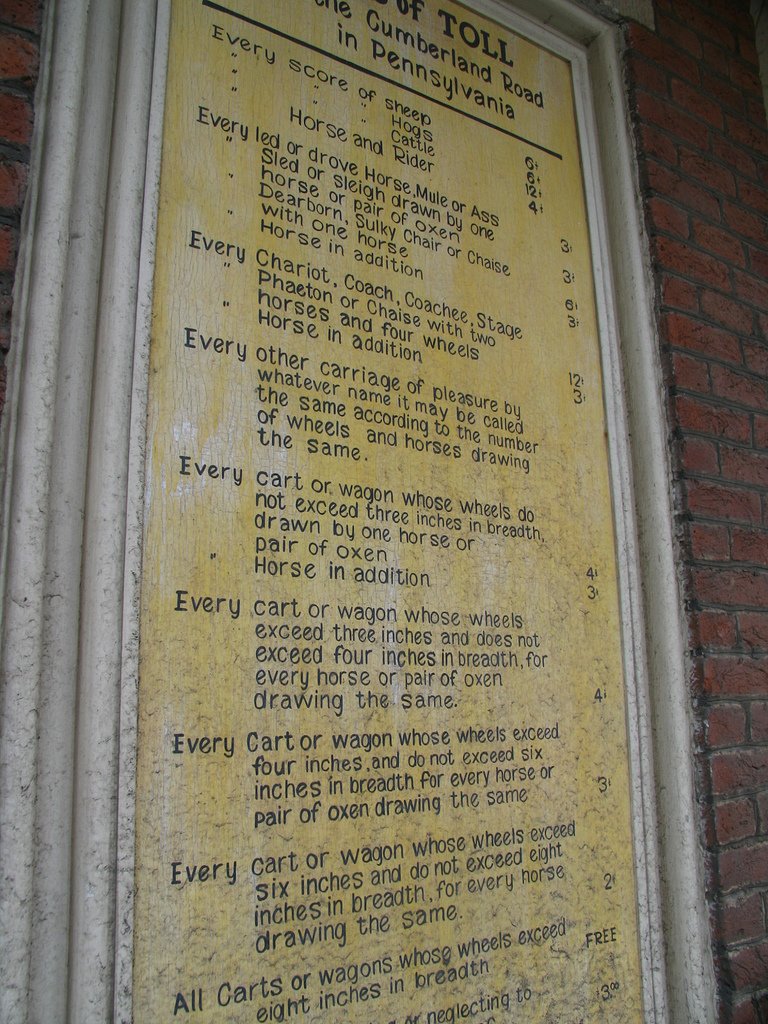 The statue of a shepherd and his flock just outside the tollhouse, their toll permanently paid. 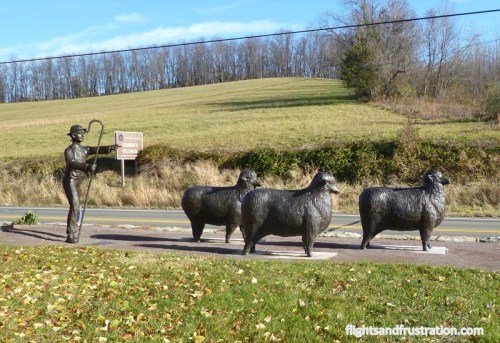 The view looking down U.S. Route 40 from the tollhouse's second floor window. 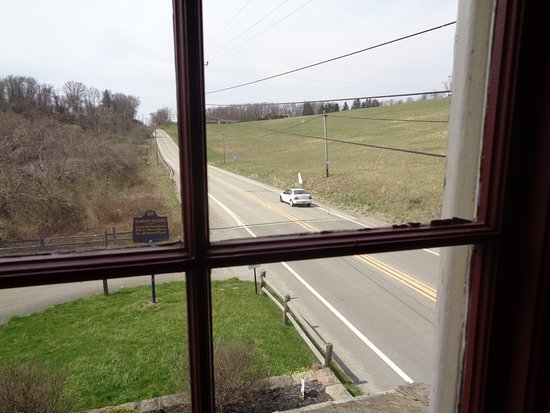 In 1806, Congress and President Jefferson approved funding for the creation of a National Road that would connect Cumberland, Maryland to Wheeling, Virginia (now located in West Virginia).  Prior to the arrival of railroad technology, the federal government deemed the road essential to facilitate the movement of settlers and materials to and from the western frontier.  Construction began at Cumberland in 1811 and the road finally reached Wheeling in 1818, a distance of 140 miles.  It was the first improved road built by the federal government.  In 1820, congress approved the road’s extension to St. Louis.  However, funding ended in 1837 and the National Road terminated at Vandalia, Illinois.

In 1835, the federal government decided to turn the National Road, and its associated maintenance costs, over to the states it passed through (Maryland, Pennsylvania, and Virginia).  Pennsylvania made the decision to turn it into a toll road in order to pay for its maintenance.  To facilitate the collection of tolls, the state built a series of six similarly designed tollhouses along the road, spread at distances of roughly 15 miles.  Two of those six original tollhouses remain, the Petersburg Tollhouse near Addison and Searights.

Constructed of red brick, Searight's Tollhouse was named after the nearby village of Searights.  The village was named after local tavern owner, William Searight, who served as Commissioner of the National Road from 1842 to 1845.  The tollhouse was built on a slight rise along the road and offers an unobstructed view in both directions.  Its most prominent feature is its two-story, octagonal tower.  The tollhouse also has two, single-story wings, each with a fireplace, that served as the living quarters for the toll collector.  An additional wing was added later.

The tollhouse had a swinging iron gate attached to it in order to halt traffic while tolls were collected.  A variety of vehicles travelled the National Road, to include coaches, wagons, mail expresses, carts, chaises, and single riders.  All were required to pay a toll, even shepherds driving their flocks along the road, which is memorialized by a statue of a shepherd and his sheep just outside the tollhouse.  The development and spread of the railroad caused traffic to decline along the road and it collected its last toll in 1905.  However, the necessity of the road was restored with the development of the automobile and in the 1930s it was the second road to be surfaced with macadam in the United States.  Today, Searight's Tollhouse provides a glimpse into what 19th century life was like along the National Road for travelers and toll collectors alike.