The house at 410 Clinton Avenue was designed in 1882 for Cornelius N. Hoagland by the Parfitt Brothers. Dr. Hoagland made his fortune in baking powder through two different companies. The monochrome red brick and terra cotta asymmetrical building is Queen Anne style. The Cornelius Hoagland Mansion is part of the Clinton Hill Historic District, a neighborhood popular for building residences for the wealthy by the 1850s. The 20-room single-family home was divided into multiple suites in the mid-twentieth century and now holds 17 residential units.

Front of Cornelius Hoagland Mansion in 2013 photo (Beyond My Ken) 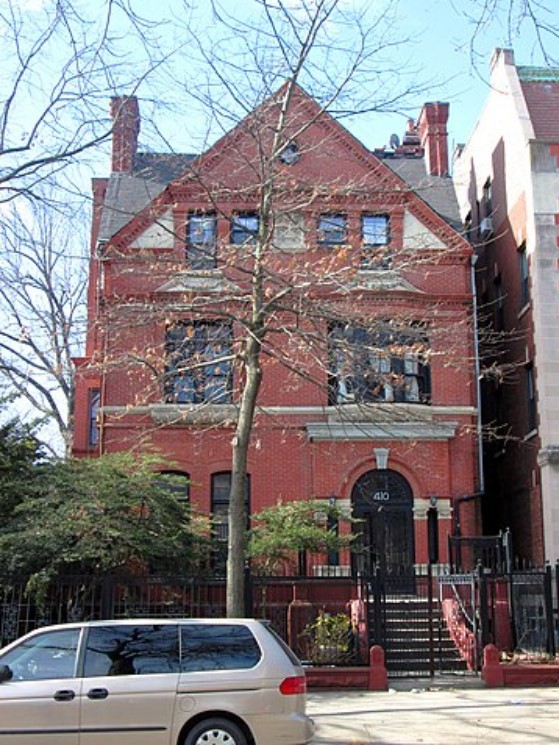 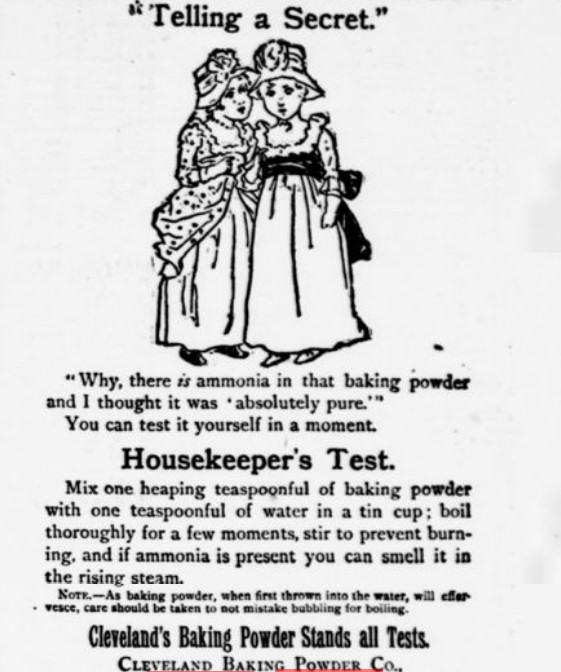 Cornelius Nevius Hoagland (1828-1898) was born in New Jersey and received medical training in Ohio in the 1850s. He joined the Union Army from Ohio and was appointed the surgeon of the Seventy-First Ohio Infantry in 1861 and served throughout the war. Cornelius and his little brother, Joseph C. Hoagland (1841-1899) formed a partnership in 1866 to market baking powder. Cornelius moved to Brooklyn in 1868. In 1873, Cornelius was head of the Royal Baking-Powder Company when he received a trademark for the brand. The Royal Baking Powder Company became the largest seller of the product in America. The Hoagland brothers were sued by a business partner, William Ziegler, in a case that was decided in the Brooklyn courts in 1888. Ziegler claimed that the brothers' annual salaries were exorbitant at $50,000 for Joseph C. as President and $30,000 for Cornelius as Vice President. The court agreed and recommended salaries of $15,000 and $10,000. It appears that the brothers left the company and started a rival company, Cleveland Baking Powder Company. "Cleveland's Superior Baking Powder" was trademarked in 1890. A newspaper ad by the Cleveland company in 1890 disparaged an unnamed company that touts its "pure" baking powder and explains how to test for the presence of ammonia.

Cornelius founded the Hoagland Laboratory around 1888 at Long Island Hospital (now demolished) and was President of its Board of Directors by 1898. Cornelius was a member of many organizations including the Oxford Club, the New York Genealogical and Biographical Society, the Long Island Historical Society, and the American Geographical Society of New York. He contributed to many charitable causes and was a major donor to the Brooklyn Eye and Ear Hospital and the Brooklyn Free Kindergarten Society. At the time of his death at home in April 1898 after a short illness, Cornelius was President of the Cleveland Baking Powder Company at 81-83 Fulton St. in Manhattan. He was survived by a widow and three children: Cora A. (Mrs. George T. Tangeman), Luella J. Hoagland, and Elizabeth K. (Mrs. Charles O. Gates).

The lot of land for the Hoagland Mansion bordered two streets, with the mansion facing Clinton Avenue and a two-story brick carriage house at the rear of the lot facing Vanderbilt Avenue. The architects, the Parfitt Brothers, were three Englishmen. They used the sunflower motif, representing home and family, in several places in their Queen Anne style design for the house. The mansion used to have a front porch which has been removed. The Hoagland heirs sold the mansion in 1906 to Alfred Cotton Bedford, an associate of Charles Pratt in the oil industry. Bedford later became Chairman of the Board at Standard Oil. A wholesale food broker, George Mendes, sold the house in 1947. The 20-room single-family house was then divided into multiple residential suites.