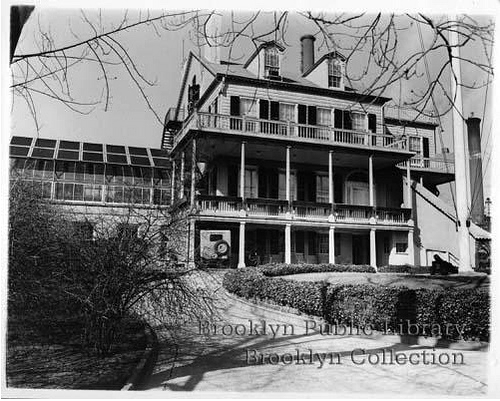 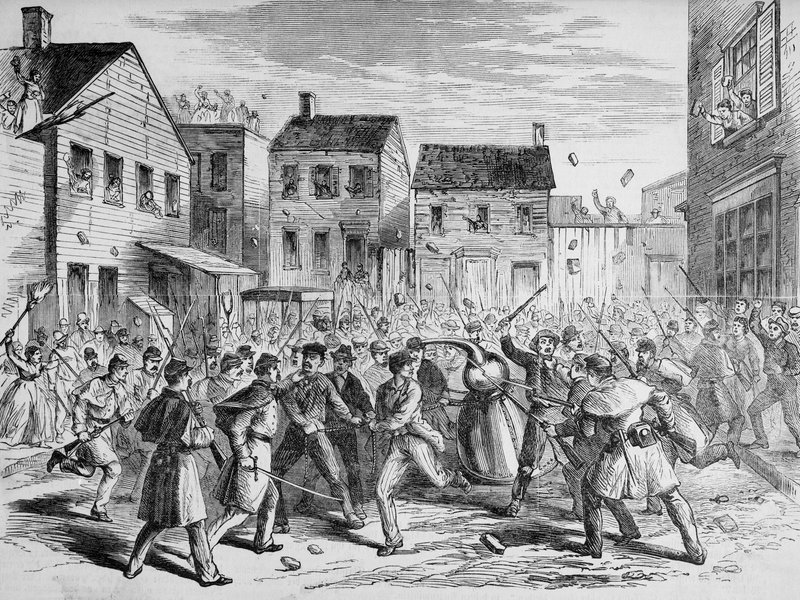 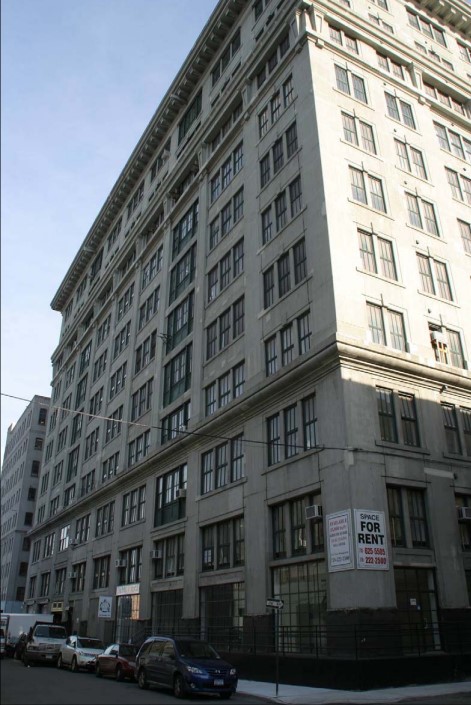 The 11-story building at 20 Jay Street in DUMBO (Down Under the Manhattan bridge Overpass) was a warehouse for the Arbuckle firm, a coffee roaster and sugar refiner that began operating a coffee factory in Brooklyn in 1871. Arbuckle Bros. was founded in 1865 by brothers Charles and John Arbuckle. The reinforced concrete warehouse was built from 1910 to 1911. The surviving brother, John, was a multimillionaire by the time of his death at his Brooklyn home in 1912. The Arbuckle Warehouse is part of the DUMBO Historic District (NYC Landmarks Preservation Commission), also known as the DUMBO Industrial District (National Register). Current tenants in the office building are Mustache Agency, Red Antler, and Freelancers Union. There is a public parking garage in part of the structure.

The building at the corner of Front and Adams Streets in DUMBO (Down Under the Manhattan Bridge Overpass) was built in 1877 as a store with three stories of tenement apartments above. 104 Front Street is very similar to the attached building at 100 Front St. Both buildings were designed by Carl Eisenach and originally owned by John G. Meyer. They are within the DUMBO Historic District, recognized by the NYC Landmarks Preservation Commission in 2007. Both are among the only historically residential buildings in the mainly industrial district. The ground floor commercial space of 104 Front St. now holds a restaurant and catering business, La Bagel Delight. The upper stories hold three walk-up co-operative apartments. 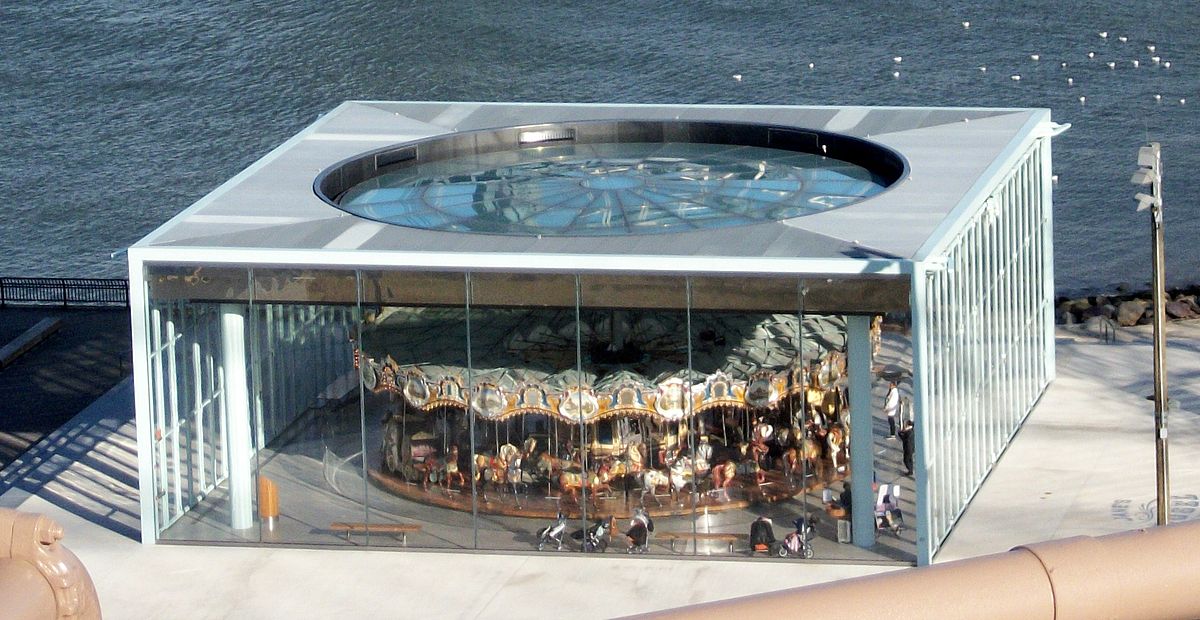