The Coopers Rock State Forest Superintendent’s House and Garage is a historic home originally designed to house the superintendent of the Coopers Rock park. It was built between 1938 and 1940 by Camp Rhododendron – a company of the Civilian Conservation Corps (CCC). The CCC is also responsible for other structures in Coopers Rock State Forest such as the overlook, picnic pavilions, and administrative office buildings. The superintendent’s house and accompanying garage stand as shining examples of the CCCs Rustic Architecture style. Though the house suffered major interior fire damage in 2017, the base structure remains remarkably intact and unmodified. 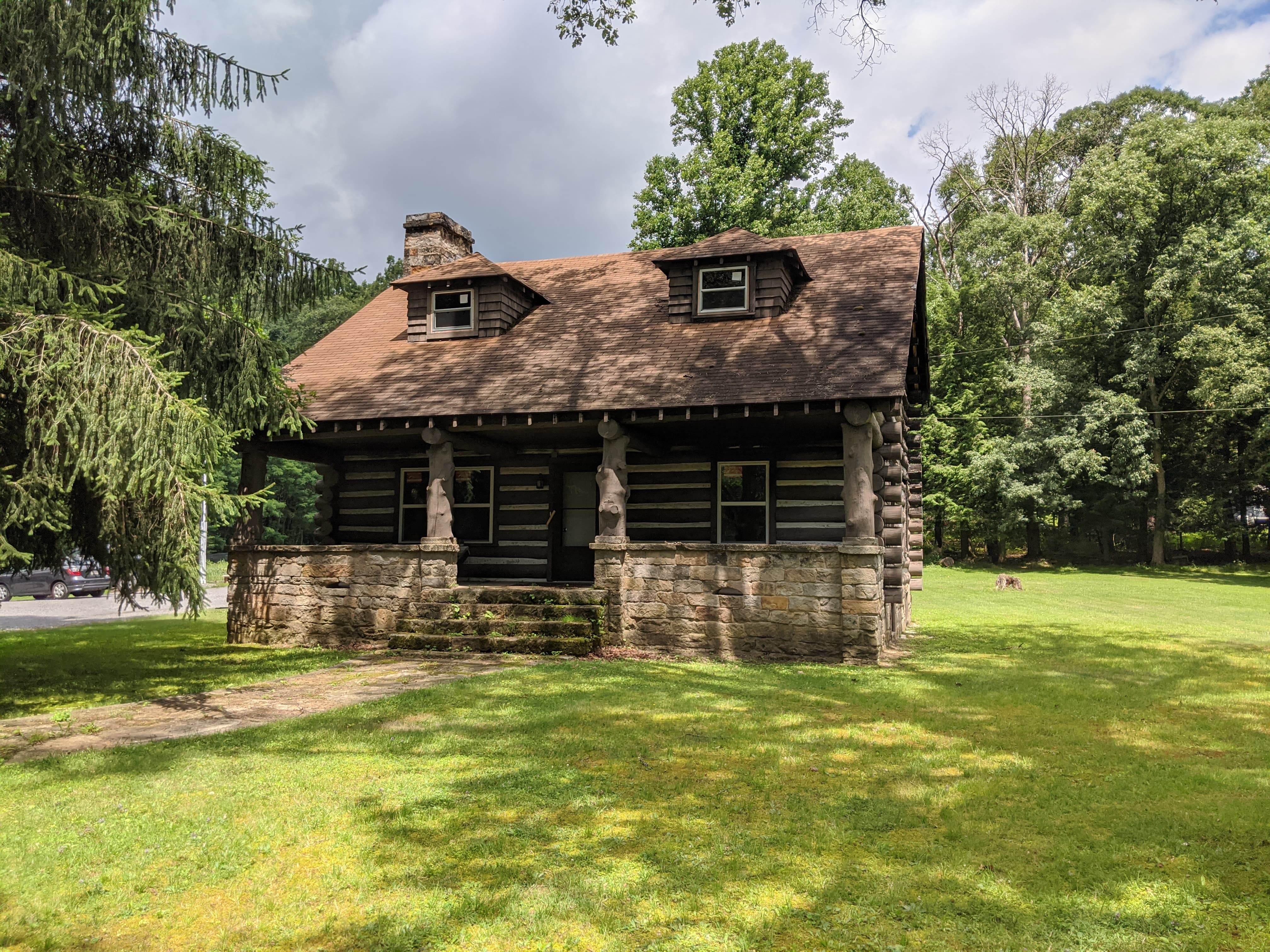 Left side of superintendent's house 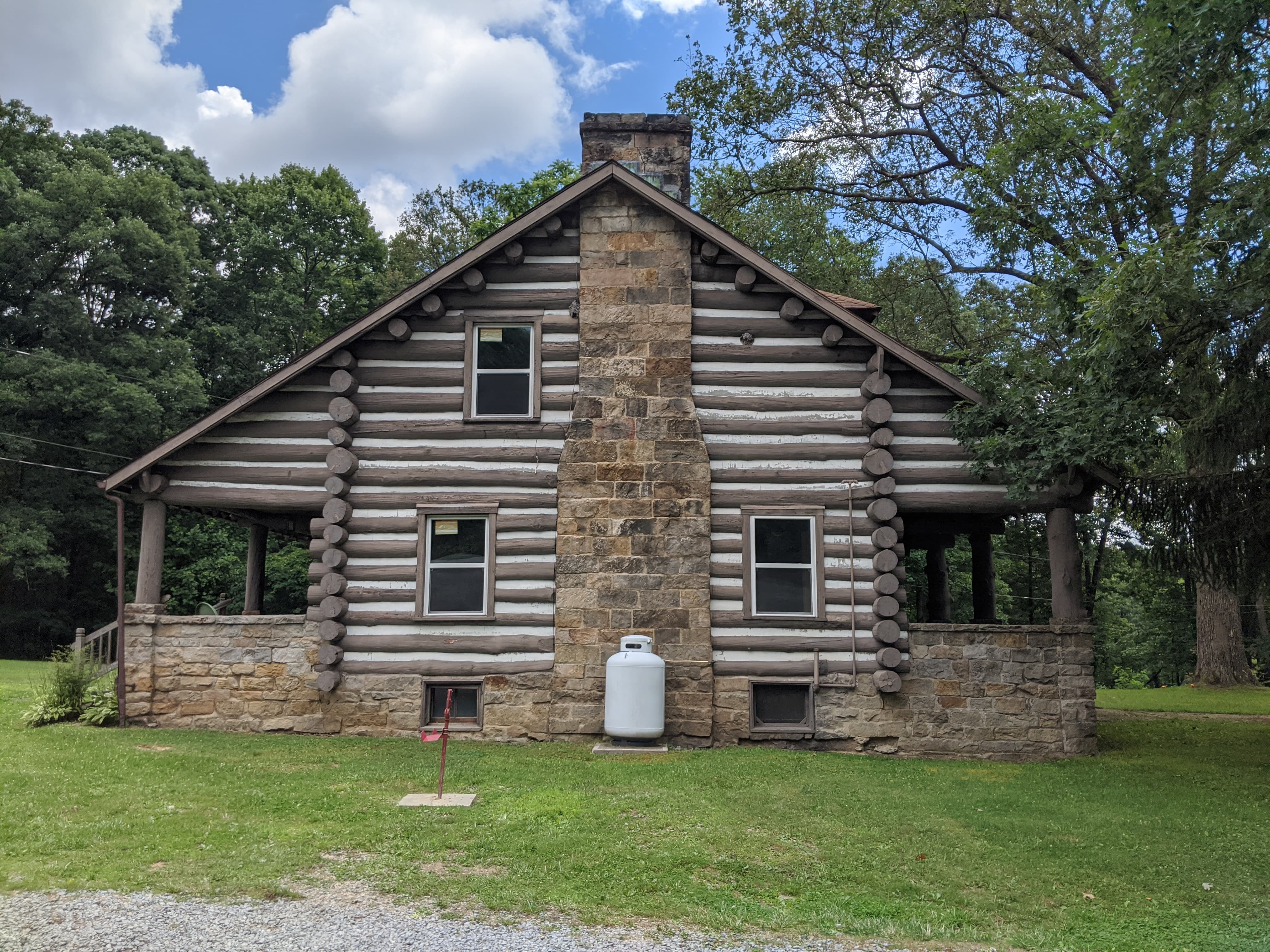 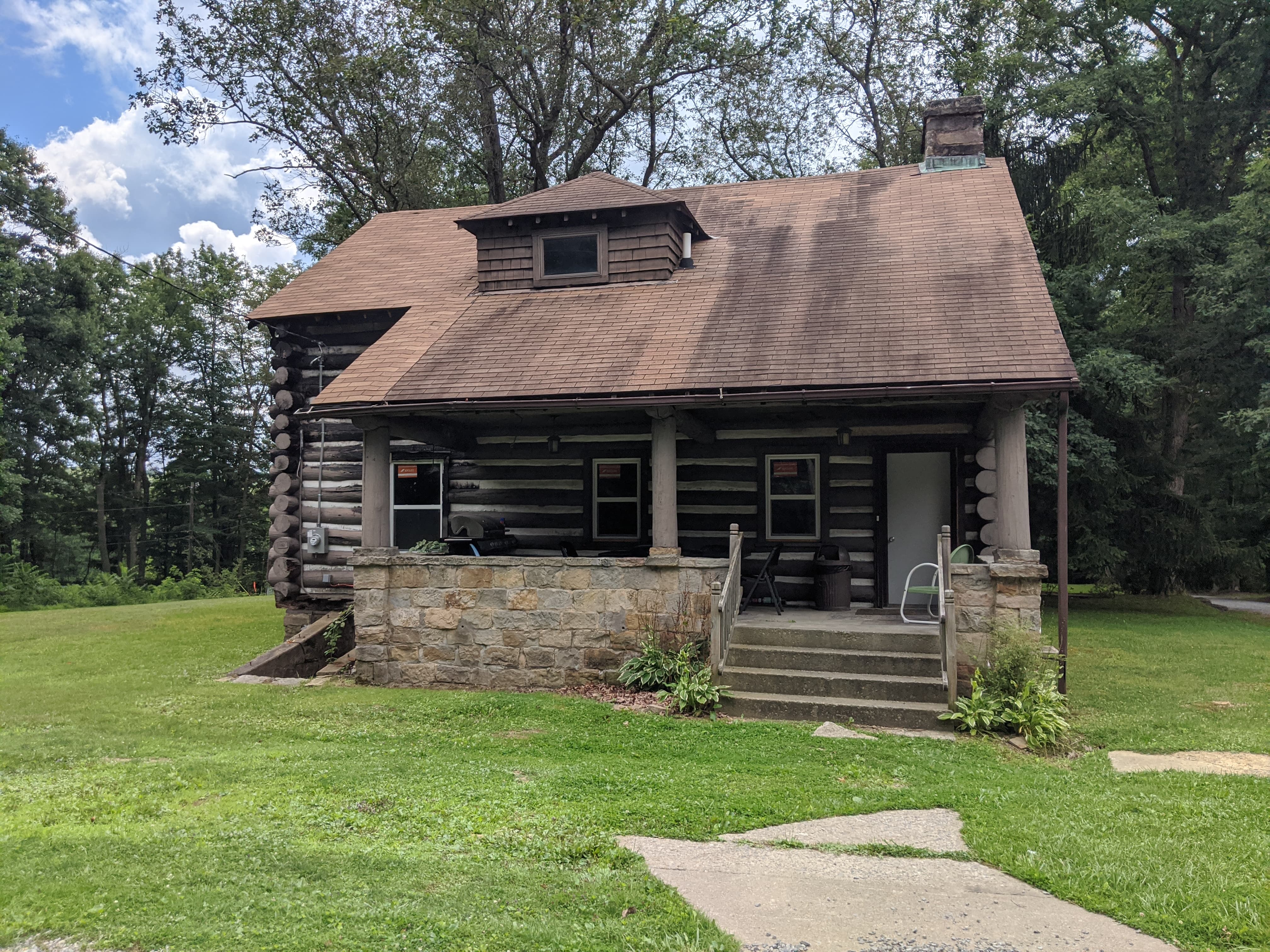 Right side of superintendent's house. Note the scorch marks and fire damage visible on the upper levels 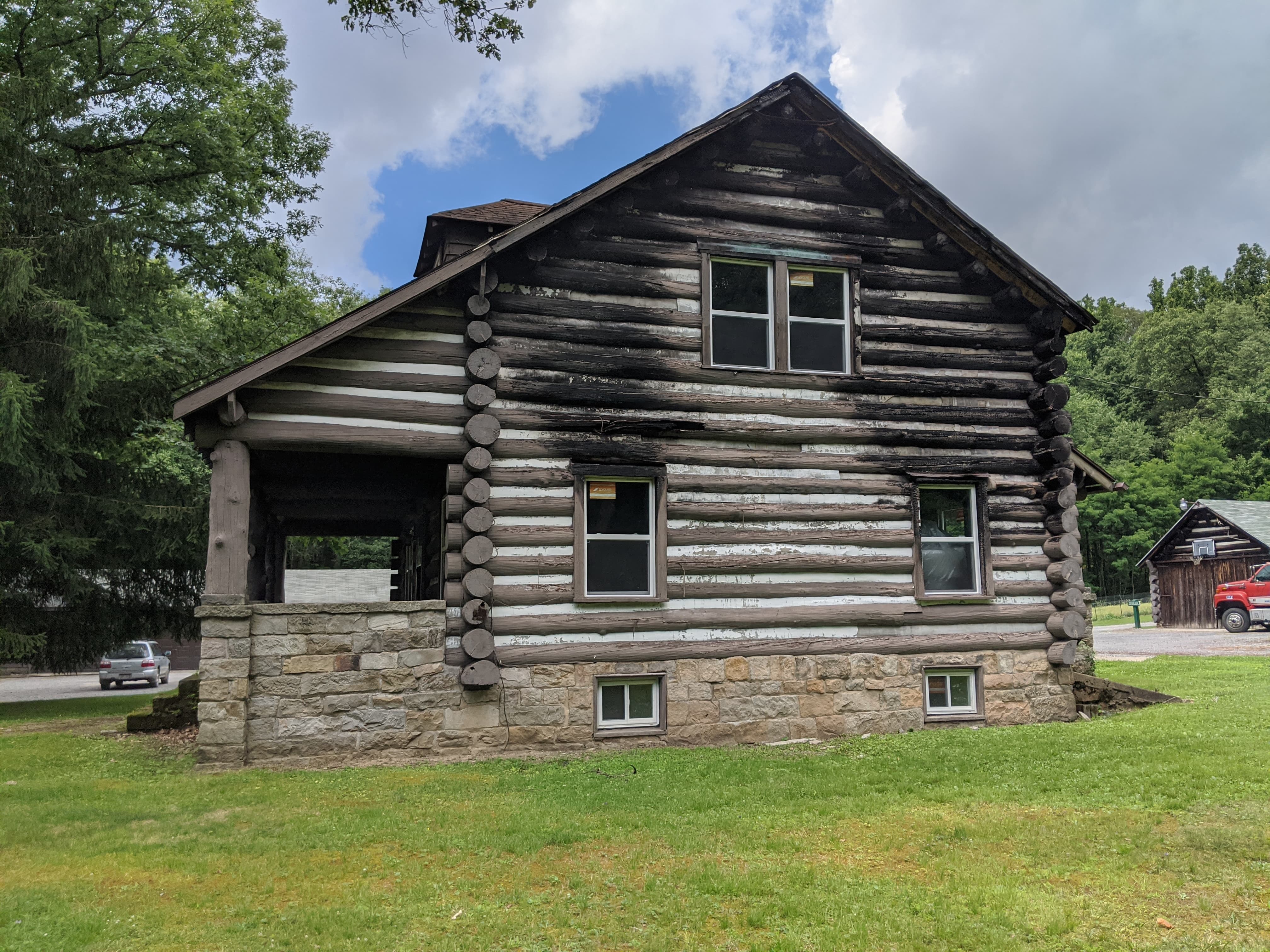 The upstairs right bedroom. The aftermath of the fire is readily apparent 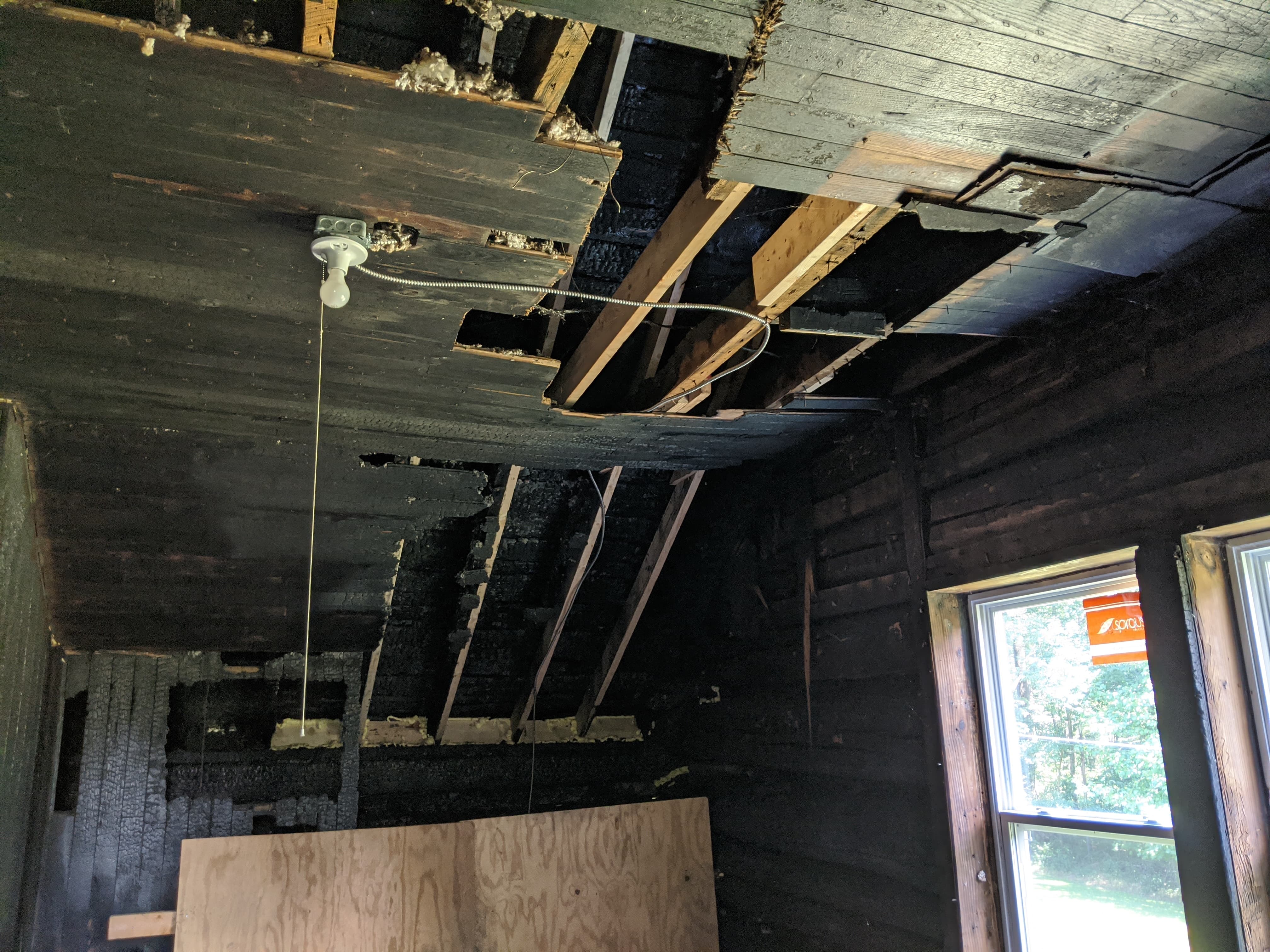 A closeup of some fire damage on the interior 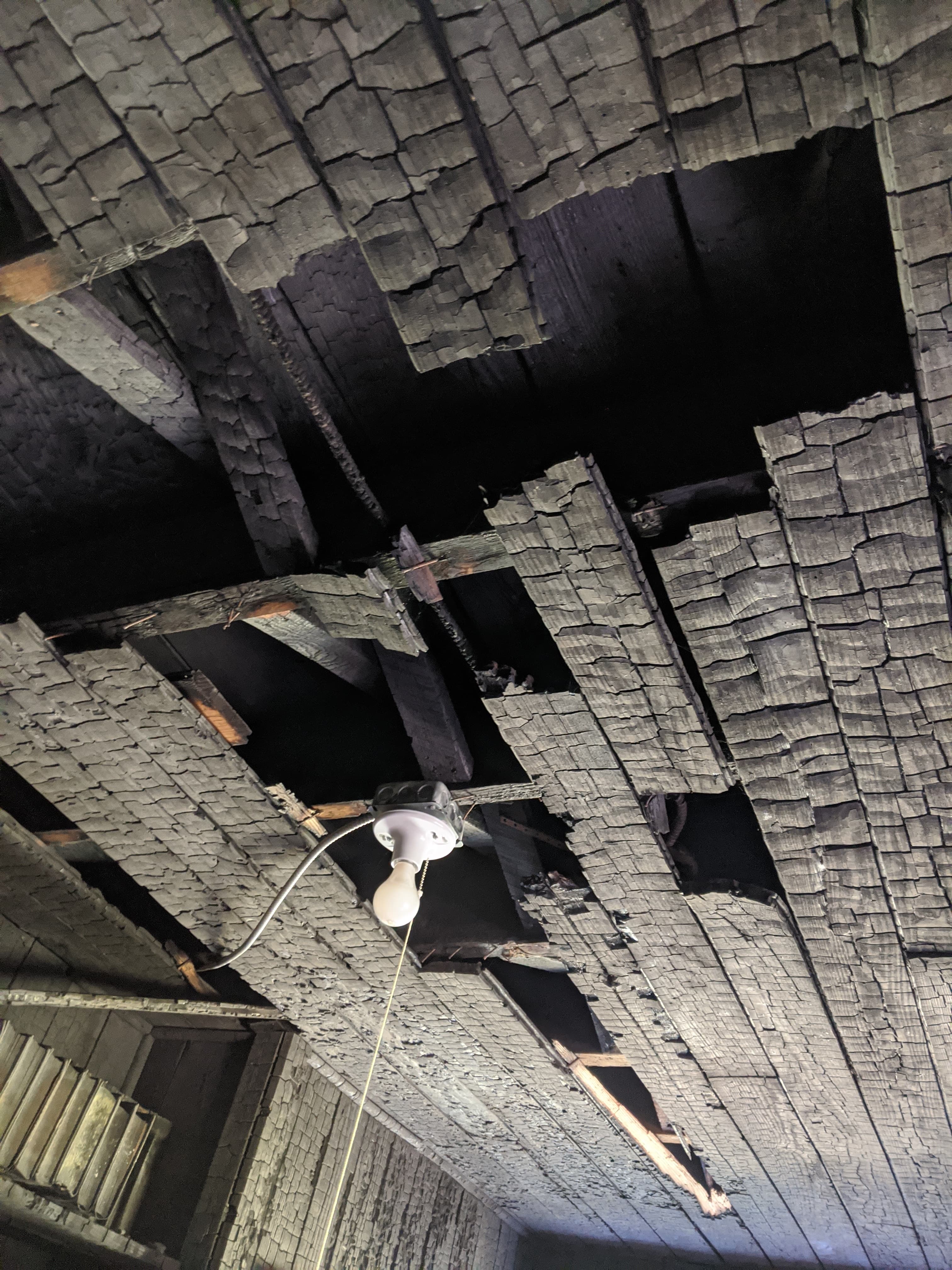 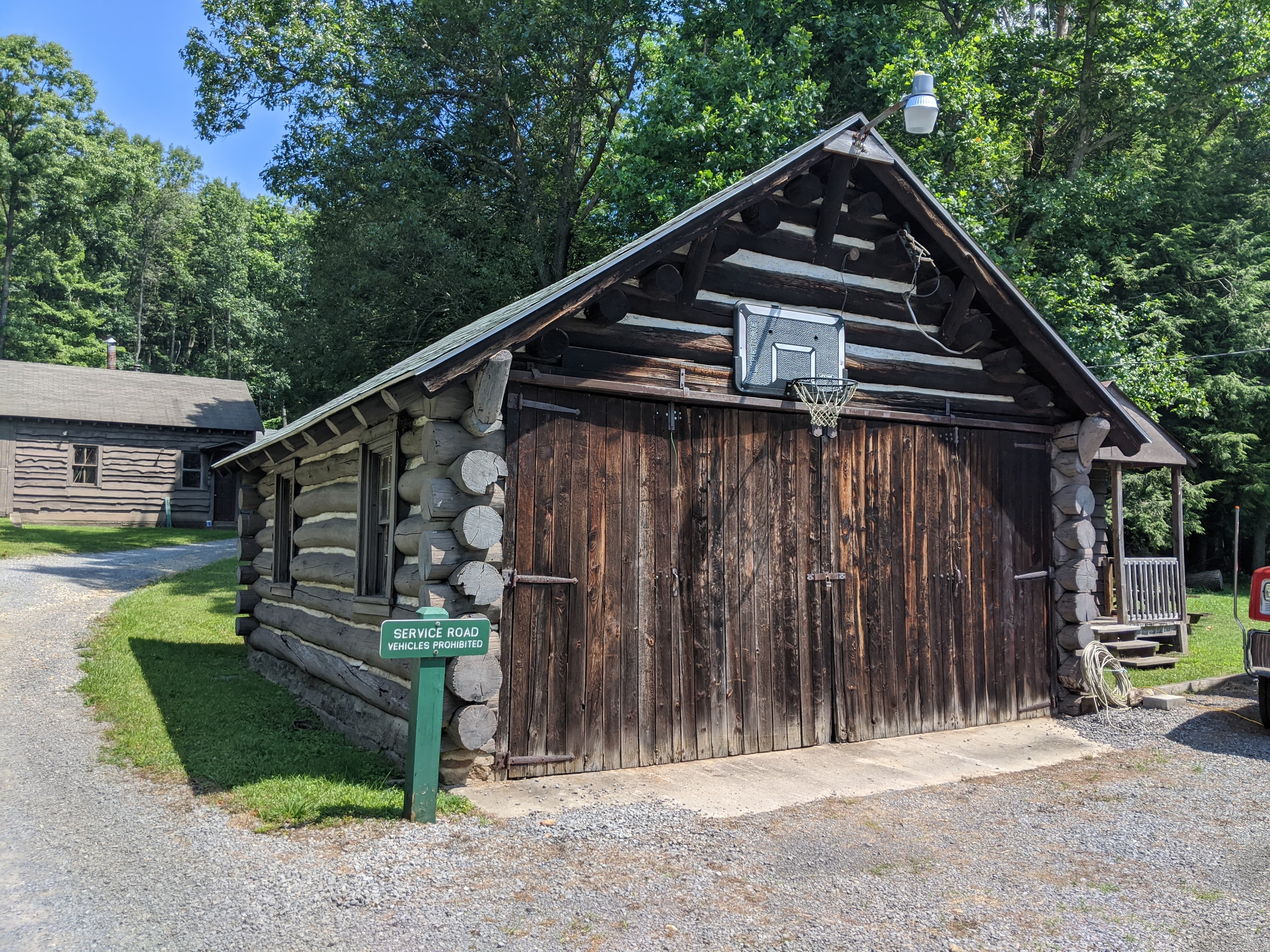 The Camp Rhododendron CCC organization was an evolution of an earlier camp in Preston County named Camp Fairfax. Camp Fairfax completed practically none of its prescribed road and telegraph line construction before being moved to the Cheat area, near Sunset Beach, in 1936. Approximately 135 men made this move to become Camp Rhododendron. Improvements to the Coopers Rock area commenced by May. Camp Rhododendron initially created a path from Route 73 (now Interstate 68) to the newly accessible overlook. The company also made picnic shelters and administrative buildings. Shortly after, construction on the superintendent’s house and garage began in 1938 and was completed in 1940. The site chosen for these buildings is on the opposite side of Route 73 from the overlook.

The superintendent’s house was built in the Rustic Architecture style utilized by the CCC all over the United States. This style is also known as National Parks Service Rustic. The unifying elements of Rustic Architecture are low structure silhouettes, careful proportions, and local, natural materials. These features help situate Rustic Architecture buildings in harmony with the nature around them. The buildings are handcrafted and often somewhat crude, but extremely durable. The superintendent’s house is no exception to this. It is a simple two-story building constructed of poplar logs on a sandstone foundation. Four rooms equally split the downstairs into an office, kitchen, dining room, and living room. The upper floor is split between two bedrooms with a bathroom dividing them. The garage is similarly constructed from poplar logs and sandstone, but on a much smaller scale. The roof, gutters, and windows of the house have all been replaced, though the garage still exhibits the original multi-paned windows. Several other buildings exist near the superintendent’s house and garage, though these were built after 1942 and by non-Camp Rhododendron parties.

Unfortunately, the superintendent’s house suffered major internal fire damage in 2017. The cause of the fire was an electric failure in the basement that spread through the home. The right half of the house is heavily damaged, though has been made structurally sound. The outside displays some fire damage but is completely intact. Estimates for restoration are close to half a million dollars and will likely not be completed in the foreseeable future. The superintendent's house was continuously occupied from its creation until the fire in 2017. The authenticity of construction and location make the Coopers Rock superintendent’s house and garage a crucial component of northern West Virginia's economic and eco-tourism development.