This historic post office was built in 1938 using Works Progress Administration (WPA) funding and labor. The one-story roughly square brick building is typical of WPA constructed public buildings. The post office also contains a mural entitled "Old Time Camp Meeting." The work depicts a local event of cultural, familial, and religious significance. The mural was painted in 1940 by Robert Franklin Gates as part of President Franklin Roosevelt's New Deal Program. The piece is particularly unique as an egg tempera on canvas work, an uncommon medium for WPA art. Other murals by Gates can be found in post offices in two Maryland cities, Bethesda and Oakland. 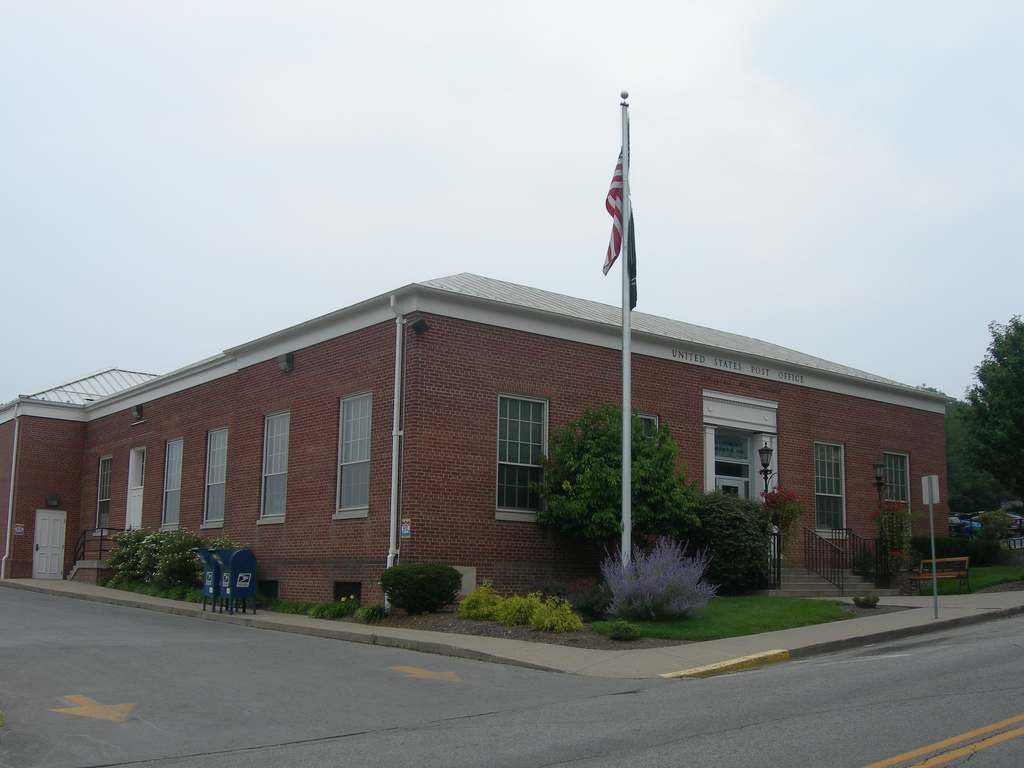 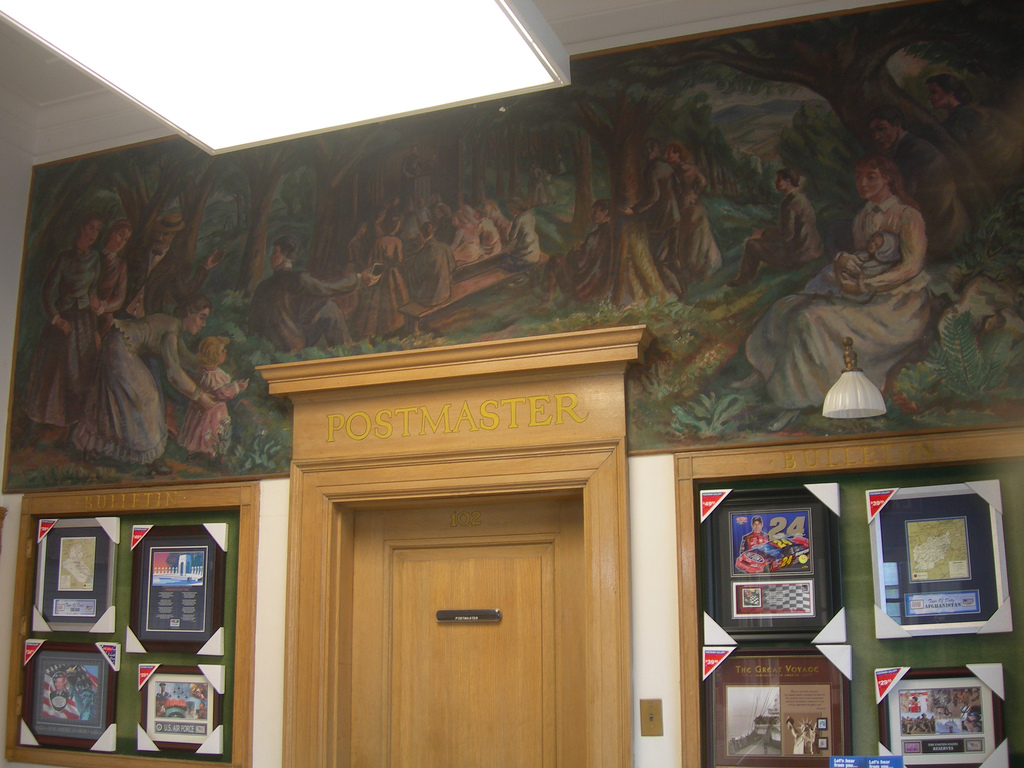 A post office was established in this area as early as 1794. Known  as the Greenbrier Post Office, it served the entire county. When Lewisburg was officially recognized in 1838, the post office’s scale was diminished, though it continued to serve as the primary hub in the area. The physical location for the public site changed constantly throughout the nineteenth and early twentieth centuries. This changed in 1936, when Lewisburg was allotted $8,500 to purchase a new lot and fund Works Progress Administration (WPA) of a permanent building. The land was acquired from widow Hallie M. Sibold in 1937 and construction commenced immediately.

The new post office structure was intended to be as utilitarian as possible. The building is a single-story, roughly square in shape, and constructed of brick. The front facade features five bays, two on each side of a central entryway. Interestingly, the windows lack the typical bottom and top lintels often found on WPA buildings. Instead, stylized slanted bricks take the place of a top lintel. The entryway is classically inspired, which can be seen in the white engaged fluted columns and decorative dentilled lintel. Glass sidelights and a transom serve to open up the otherwise uninviting entrance to visitors. Iron street lamps and bannisters on the front stairs help provide a touch of three dimensionality and projection to the rather flat entrance. The roof and cornice of the building are sheet metal and are not original.  On the cornice of the building are the words “UNITED STATES POST OFFICE.” On the brickwork below the cornice, letters spell out “LEWISBURG WEST VIRGINIA.” Finally, the top transom pane is emblazoned with the building’s address. A large distribution center was added as an addition to the rear of the building some time in the middle of the twentieth century. It stylistically resembles the original structure.

The interior of the Lewisburg Post Office features a mural by Robert Franklin Gates. In the summer of 1939, Gates was contacted and invited to submit a design for the interior space. No selection committee or contest is mentioned in the invitation, which came directly from Edward Rowan, Assistant Chief of the Federal Works Agency Section of Fine Arts. Clearly, Rowan and his associates had strong faith in Gates’ abilities — this is relatively unsurprising given that Gates had already completed the celebrated mural titled “Montgomery County Farm Women’s Market” in Bethesda, Maryland earlier in 1939. Gates was offered seven hundred dollars for the project, paid in installments of two hundred dollars for approval of his design, two hundred fifty dollars for approval of a complete draft, and two hundred fifty dollars for the completion, installation, and approval of the finished work. Gates was given one year to finish the project.

Gates’ records of his mural, titled “Old Time Camp Meeting,” display the level of research and preparation the artist devoted to his commission. The mural depicts a common scene from Lewisburg’s history, an outdoor religious meeting or sermon. As the number of religious sects and denominations exploded in the early nineteenth century, it was untenable to maintain permanent religious leaders in every town. Instead, travelling preachers known as circuit riders moved through a regular itinerary of stops to hold religious gatherings. A circuit rider coming to town was a major event. In addition to hearing the sermon, local residents typically used occasion as a reason to hold festivals and family reunions. Many times, the sermons were held at a site with no permanent infrastructure beyond a wooden pulpit or small stand. Despite this, the area was often transformed into a veritable fairground through tents and other temporary structures. The event was as much about culture and community as it was about religion.

“Old Time Camp Meeting” was completed by Gates in 1940. The work was executed in egg tempera on canvas, a traditional painting style rarely used by WPA artists. Gates meticulously recorded his painting process, pigment usage, and tempera emulsion recipe — one part whole egg, one part linseed oil, and one part regular oil — to ensure that the work could be cared for in perpetuity. The piece depicts a circuit rider giving a sermon from a wooden structure. Gathered figures attend the sermon, though some give their attention to children, or to conversation with other attendees. Vestments and attire indicate that the scene is historical. Taken as a whole, Gates successfully captures the interconnected cultural, familial, and religious aspects of Lewisburg’s historic event.