Camp Elkwater, in Valley Head, near Huttonsville, WV was constructed after the Union won the Battle of Rich Mountain in July of 1861. Under General Joseph Reynolds's leadership, the troops built the camp and fortifications. In conjunction with Cheat Summit Fort, Camp Elkwater provided a much-needed defense of the Tygart Valley. 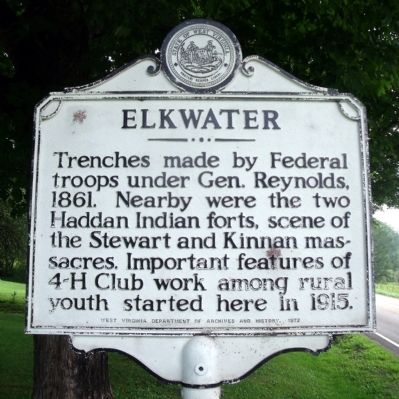 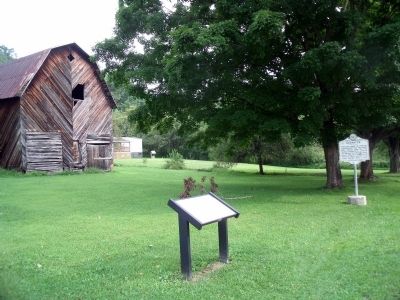 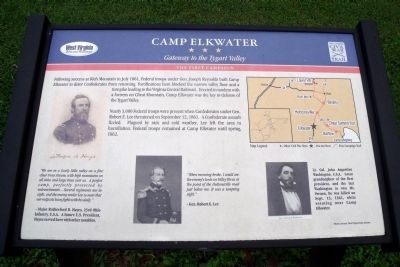 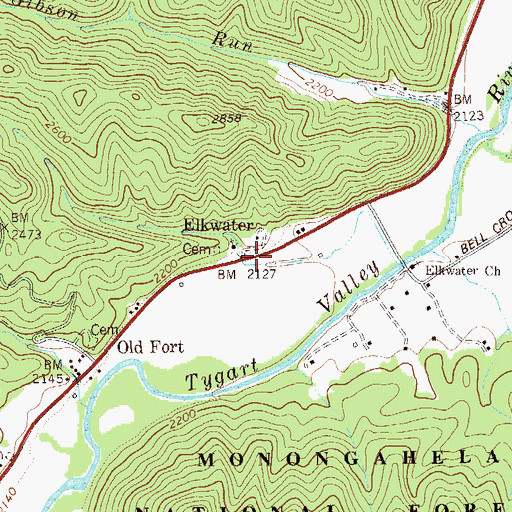 “We are in a lovely little valley on a fine clear trout stream, with high mountains on all sides and large trees over us. A perfect camp, perfectly protected by entrenchments…Several regiments are in sight, and the enemy under Lee so near that our outposts have fights with his daily.” – Major Rutherford B. Hayes

General George McClellan ordered the Elkwater Camp and the Cheat Summit Fort to be built in 1861. Elkwater Camp fell under the command of General Joseph Reynolds and Cheat Summit Fort under the command of General R. Milroy, The purpose of these fortifications was to secure the Staunton-Parkersburg Turnpike and protect the Baltimore & Ohio Railroad from additional Confederate attacks. Major Rutherford B. Hayes, future President of the United States said it best, the Elkwater site was 'perfectly protected.'

General Robert E. Lee arrived at Valley Mountain with his new Confederate troops to combat the growing Union Army presence in central Randolph County. General William Loring, after Union defeat at Rich Mountain, set bases in preparation to seize the Turnpike and Railroad controlled by the Union. Controlling the Railroad would limit additional Union troops from northern or western states.

General Lee devised a three-pronged approach against Union Federal sites at Elkwater, Cheat Pass, and Cheat Mountain. The offensive failed due weather, terrain, the inability to communicate between the Confederate Brigades, and a strong defense in the Union lines. After several days of battle, the Confederate troops were forced back to their bases. Lee terminated the attack and withdrew from Valley Head on September 17th 1861.

The Union Army and Confederates had varying experiences in this part of present day West Virginia. How could Major Rutherford B. Hayes describe the land as ‘perfect’ yet the Confederate Army suffer? This is likely due to the elevation of the terrain. Valley Head was occupied by the Union Army, at an elevation of approximately 2300 ft had milder weather. Confederate controlled Valley Mountain at approximately 3200 ft, would have provided harsher, hypothermic weather earlier and more frequently . General Lee’s plan to climb to defeat Fort Milroy at an elevation of 4085 ft as part of the Cheat Mountain Campaign (Cheat Summit) was unsuccessful. General Lee’s strategy with the Cheat Mountain Campaign failed for a myriad of reasons and would end Lee’s quest for Confederate control of West(ern) Virginia. Lee was ordered back to Richmond soon after, however Union and Confederate battles and skirmishes would continue in the area.