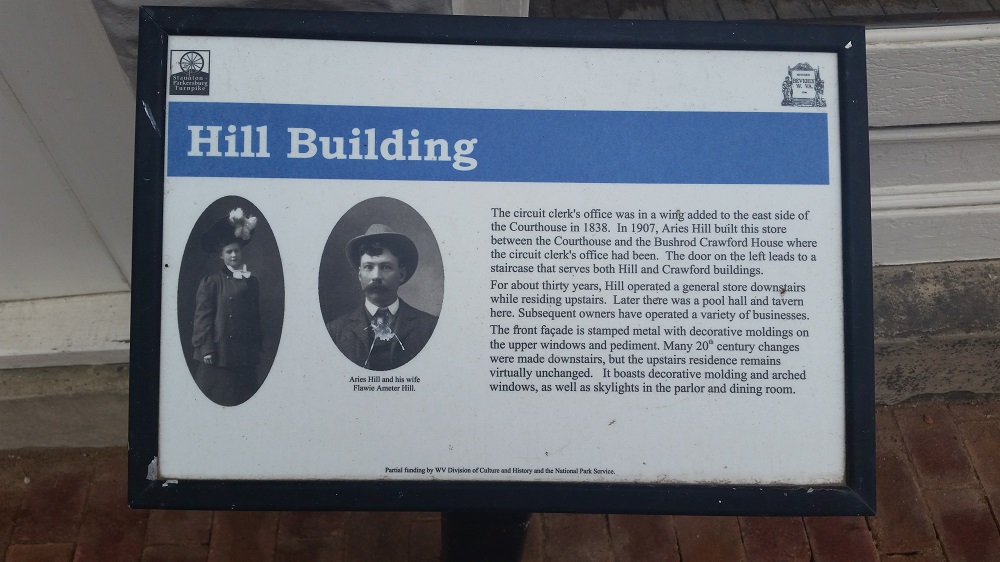 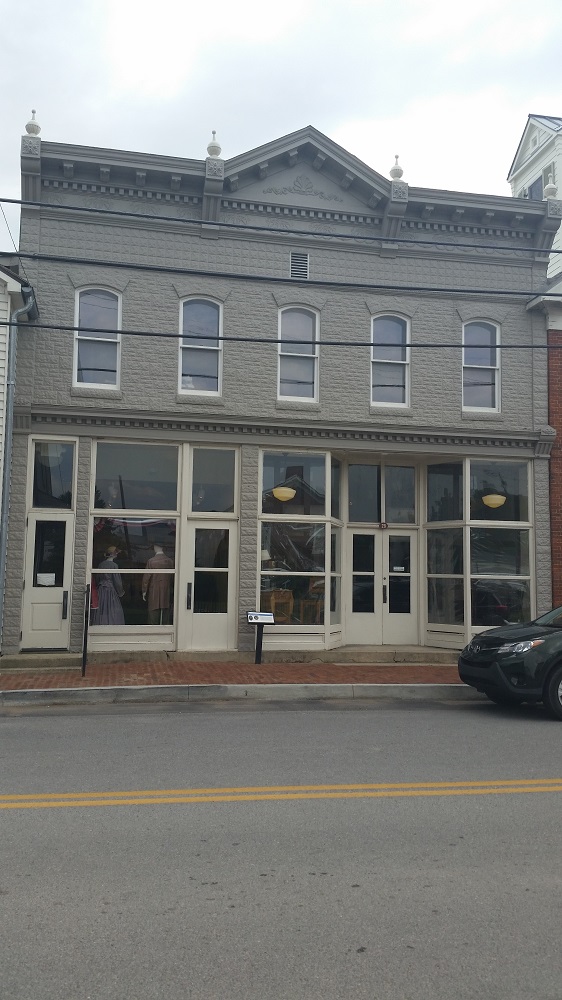 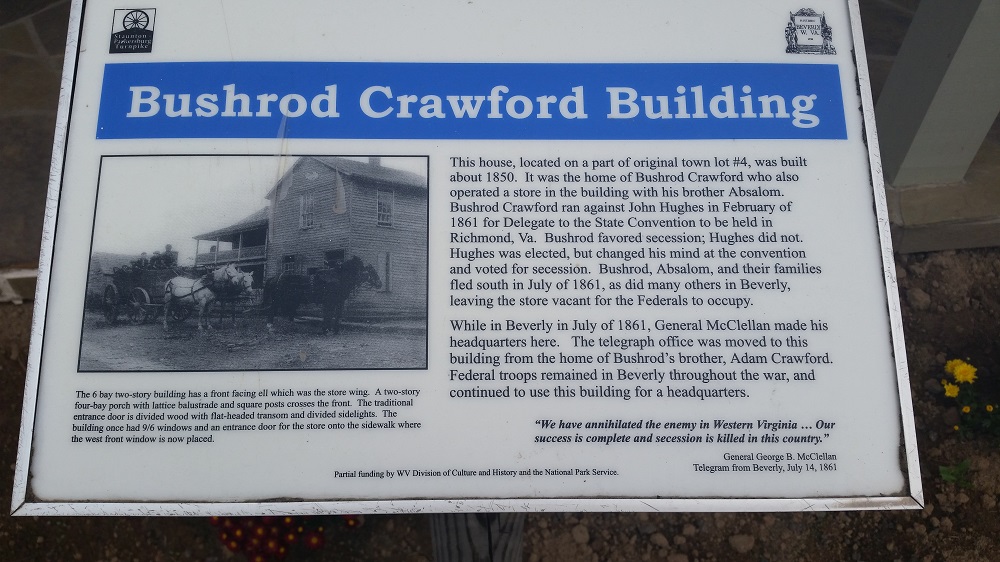 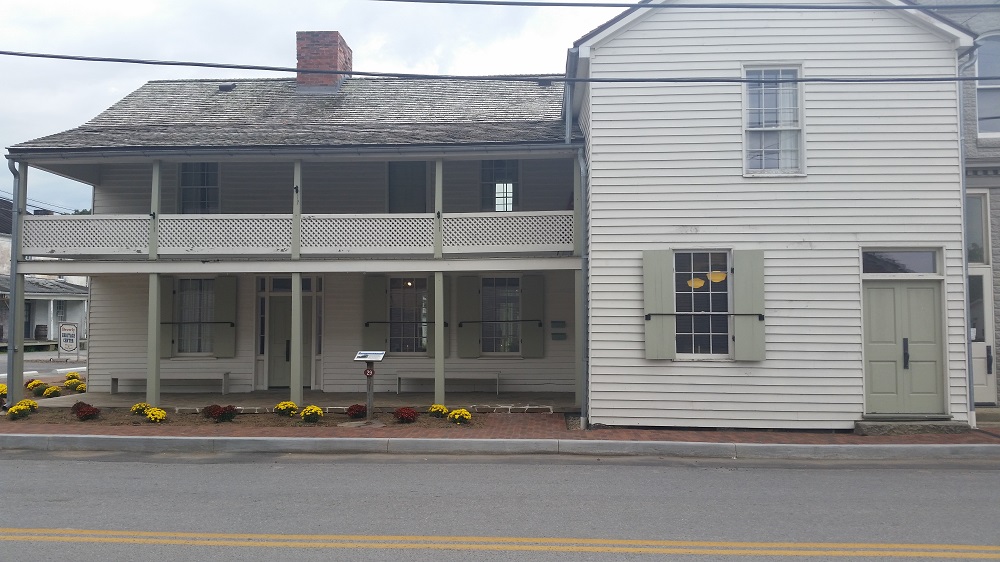 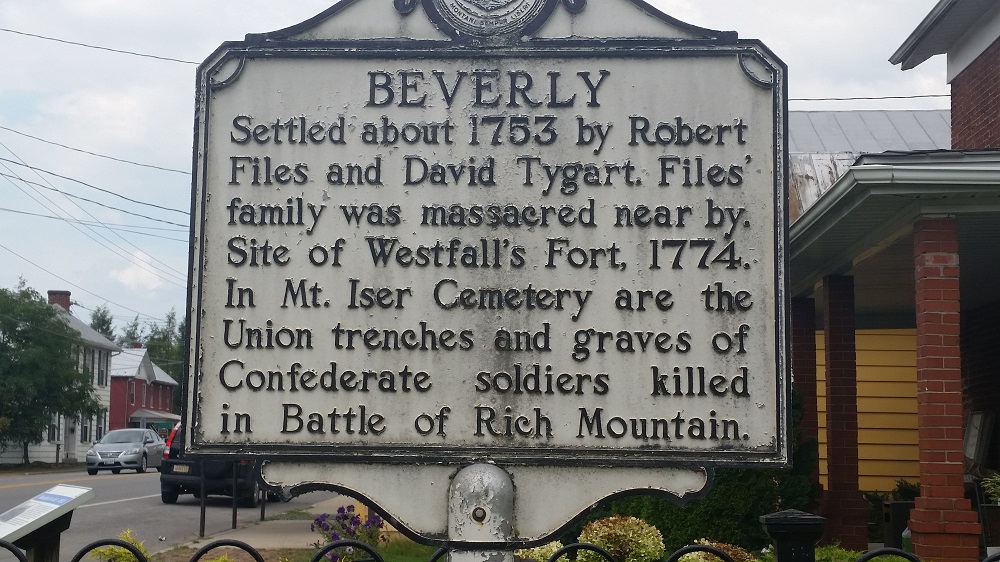 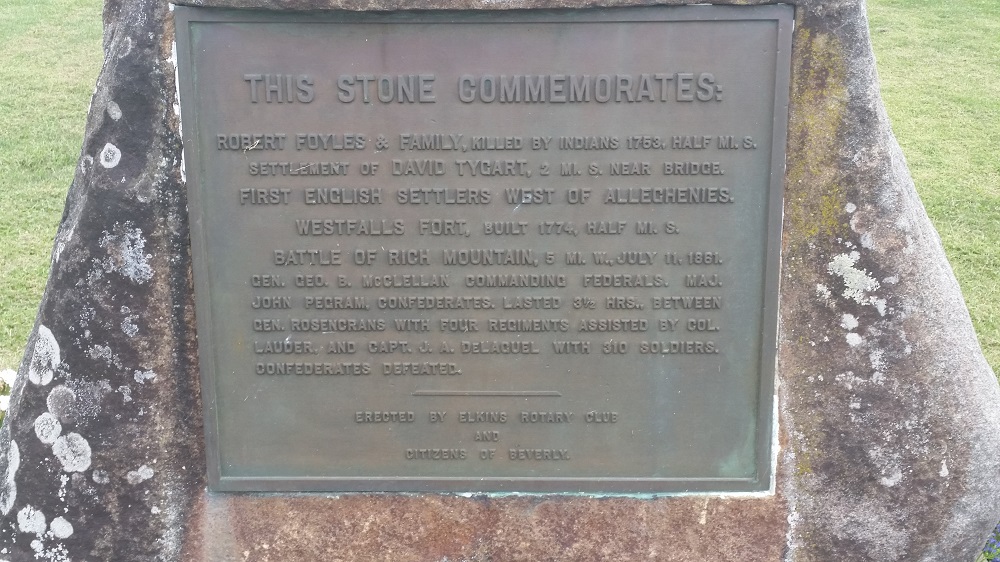 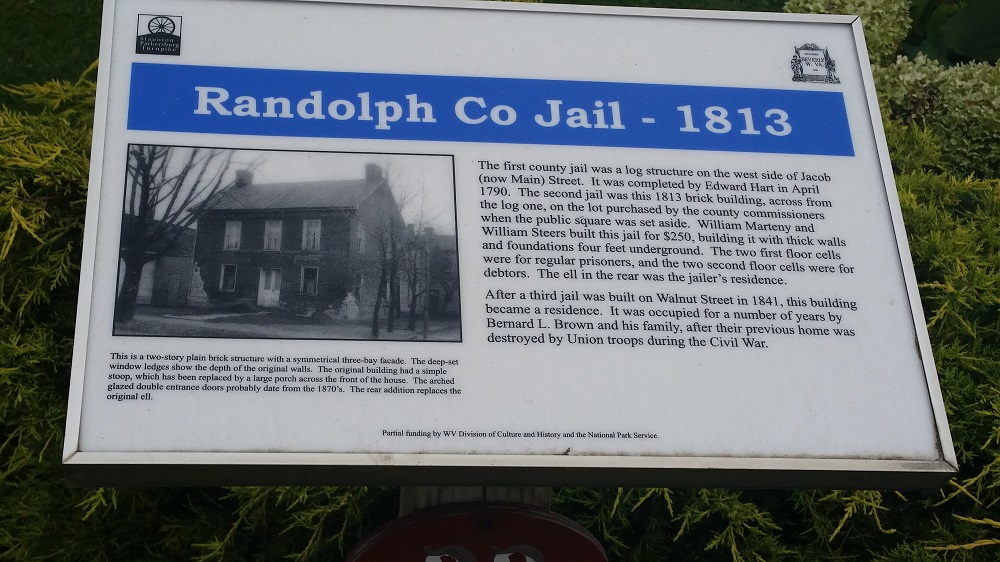 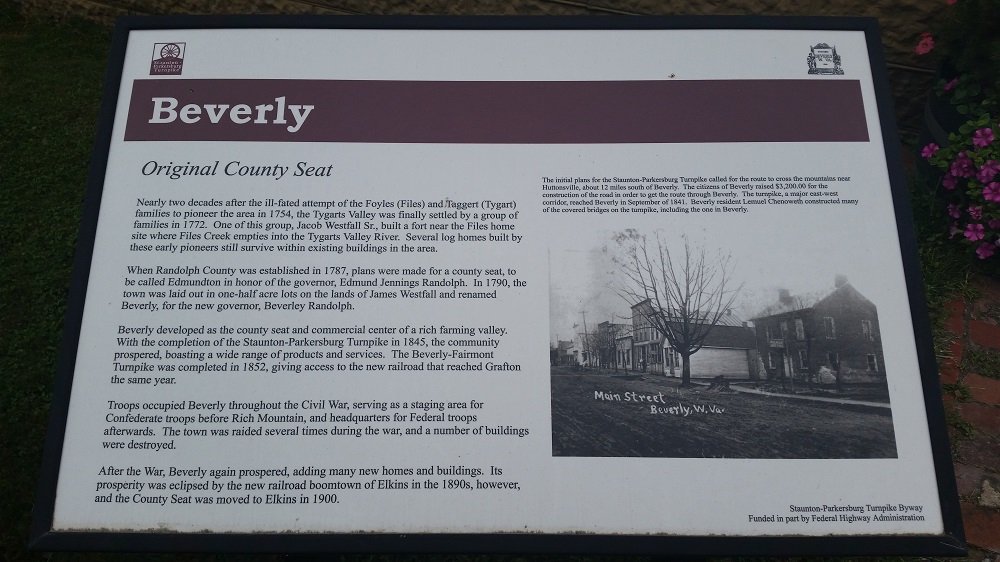 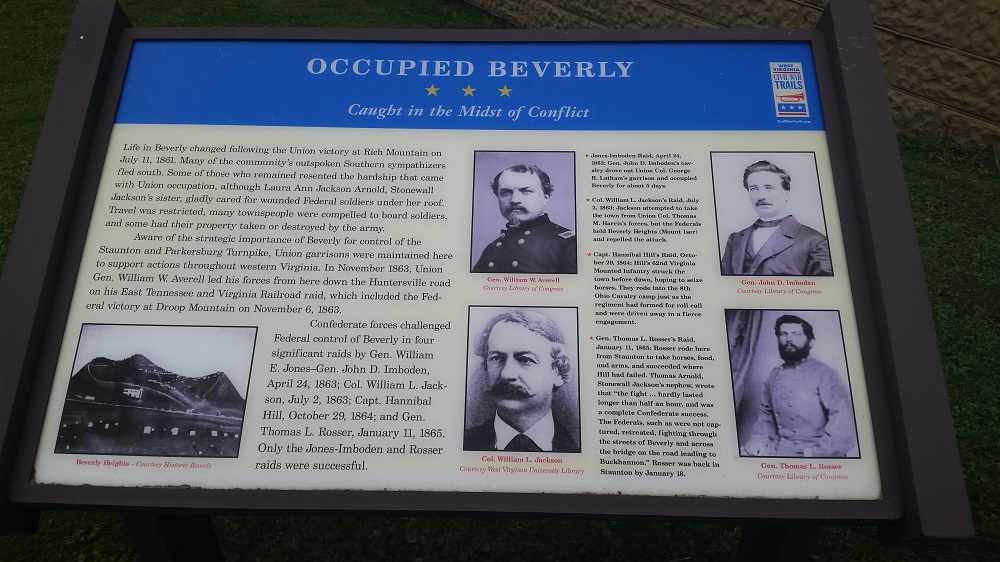 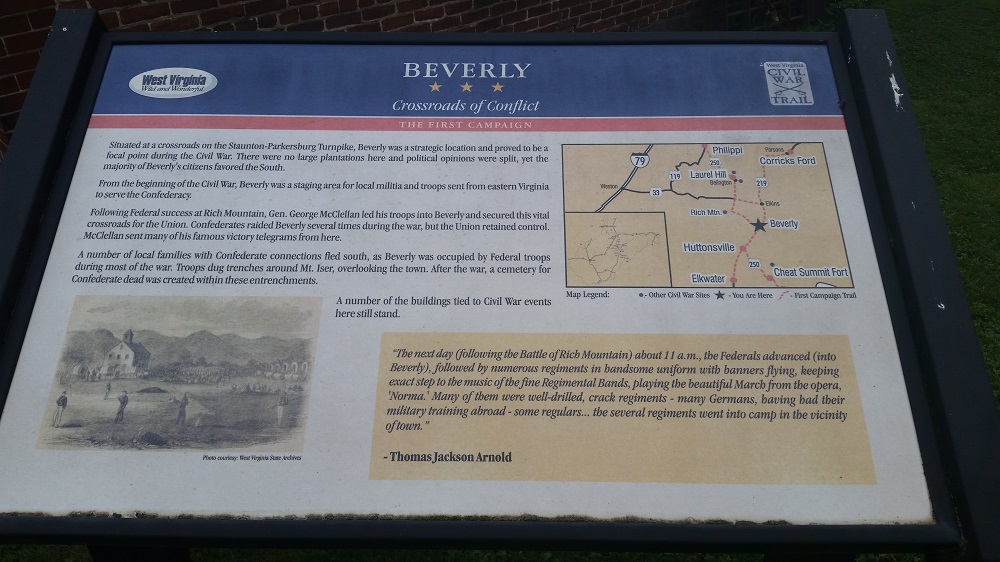 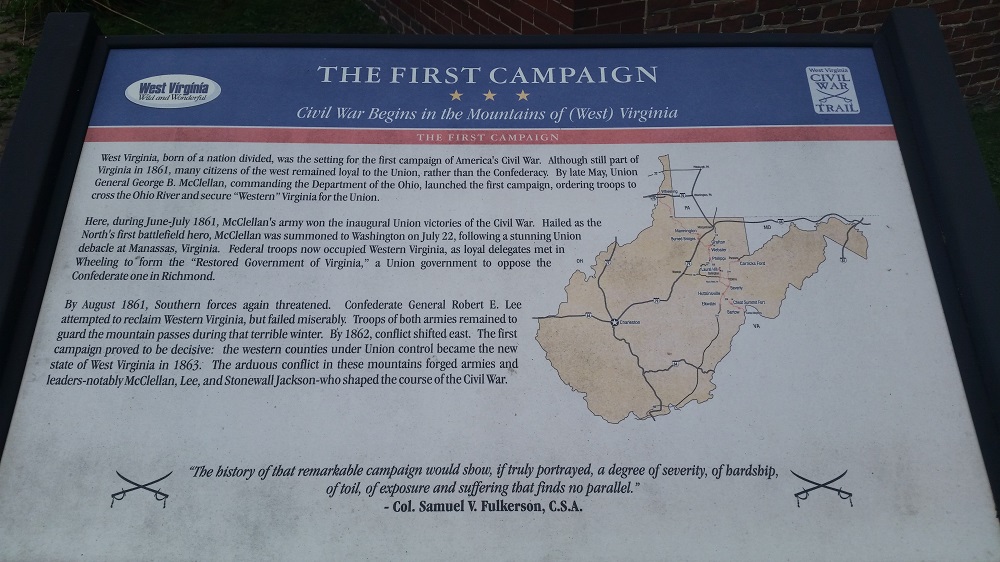 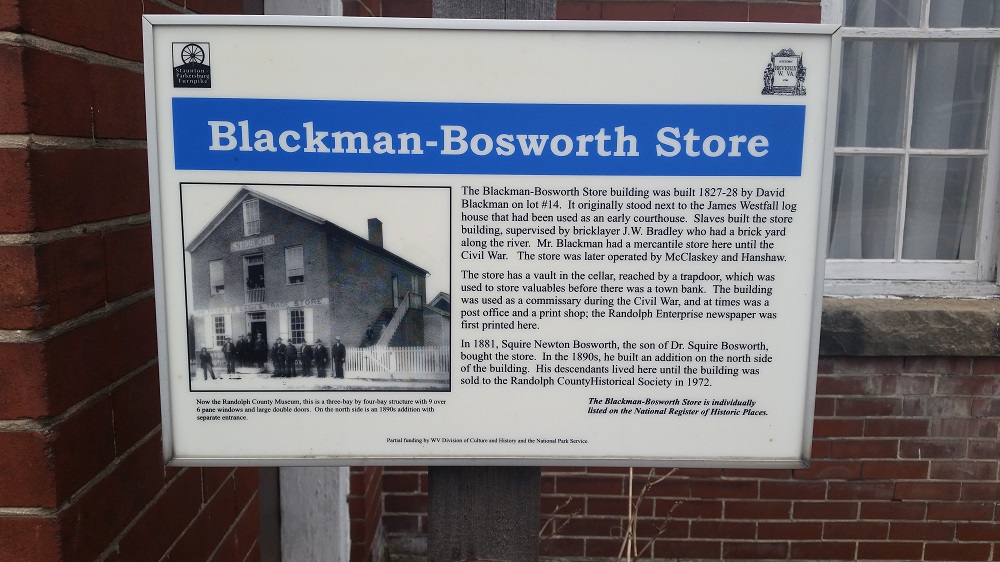 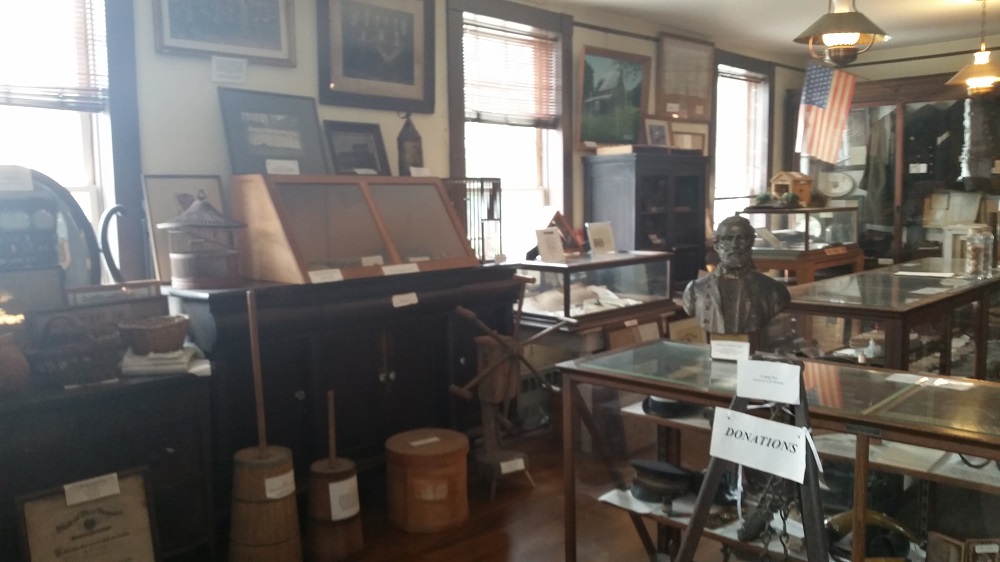 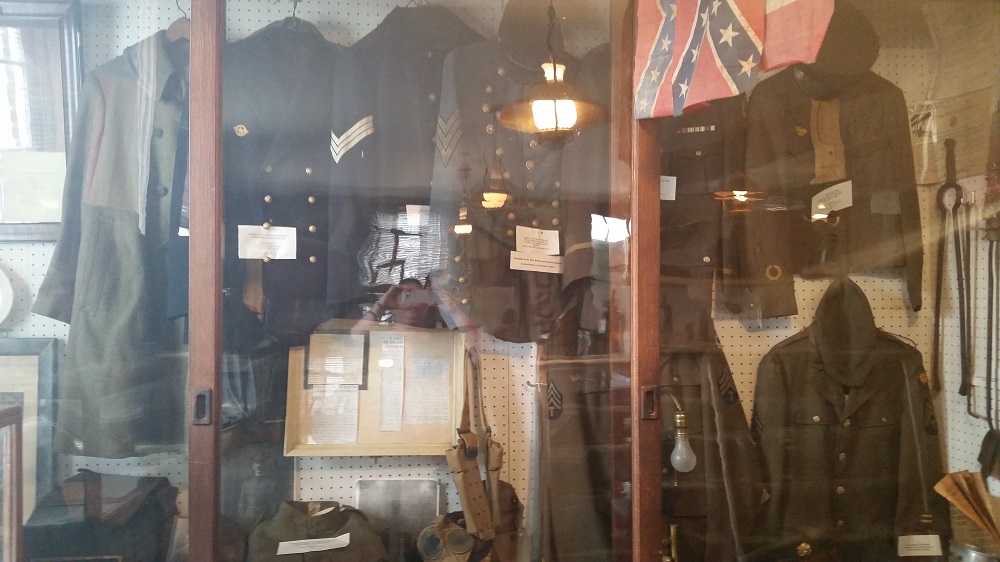 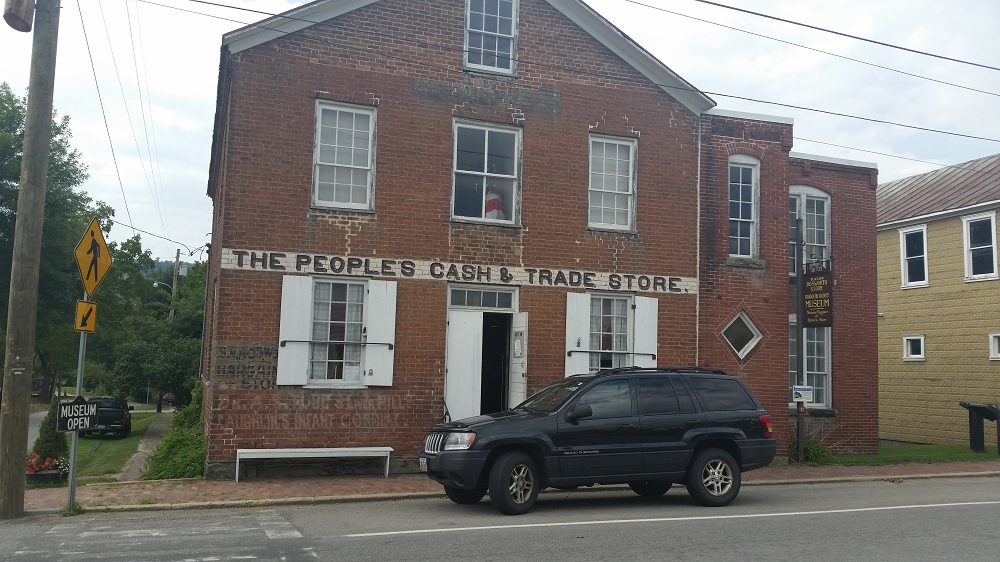 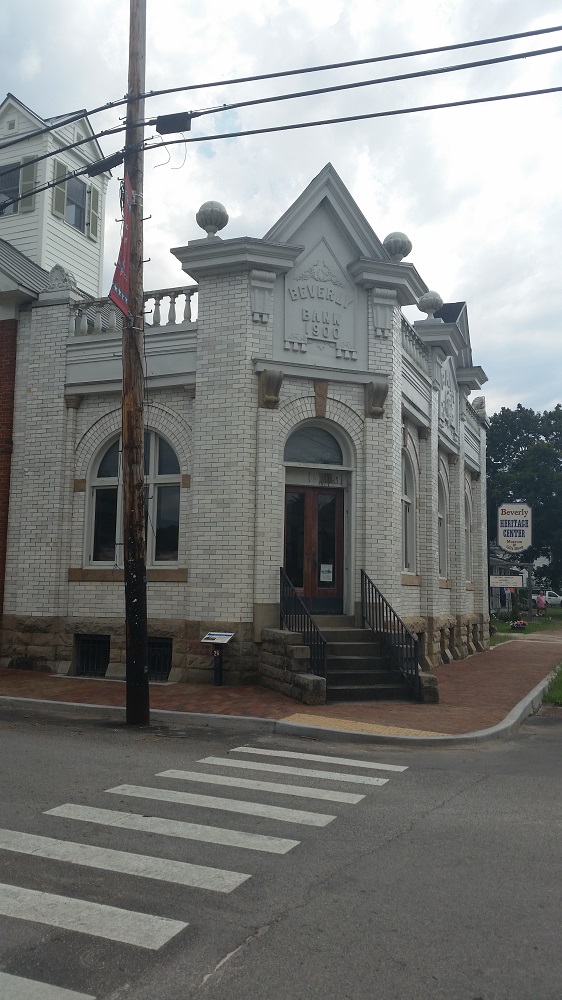 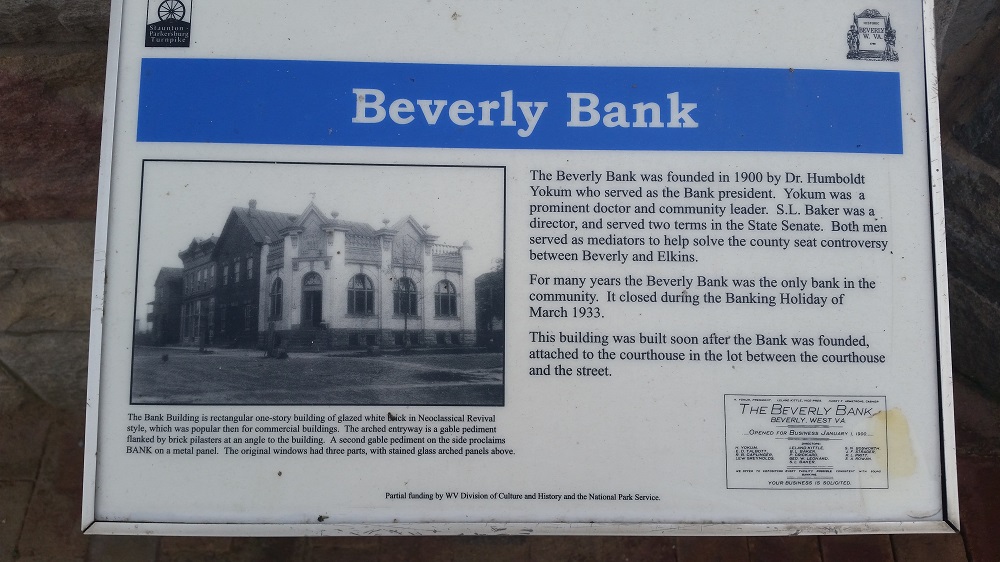 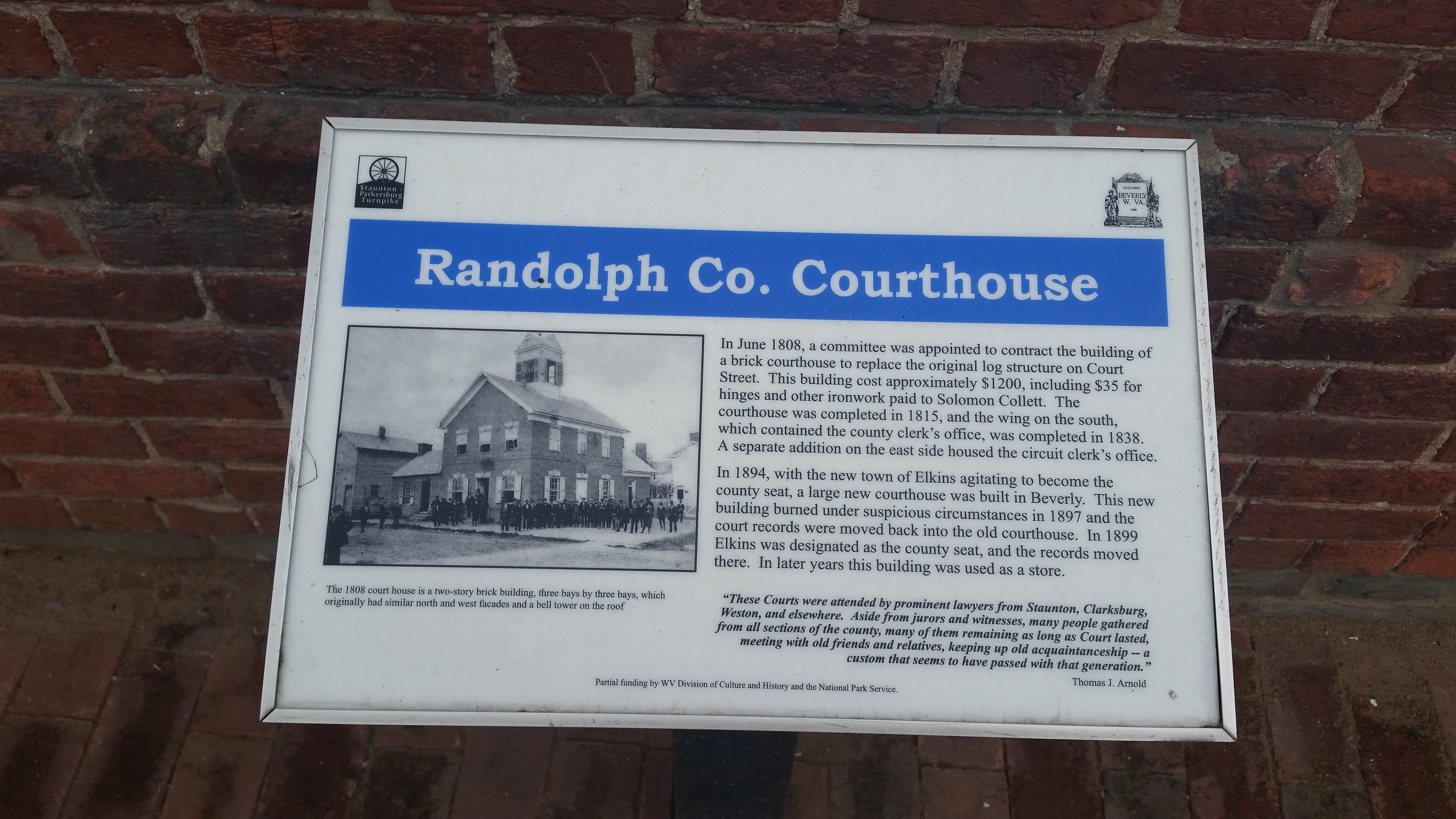 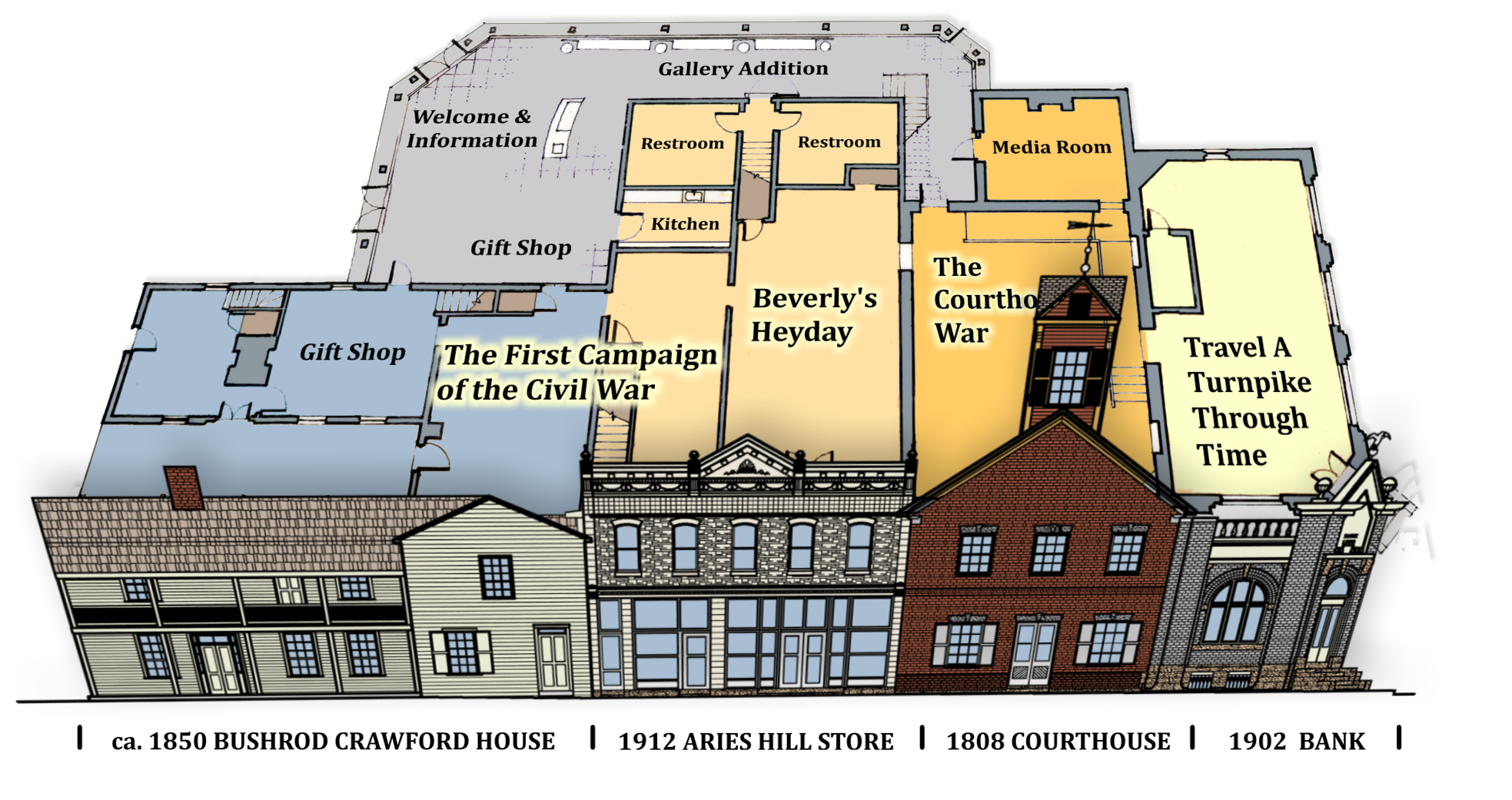 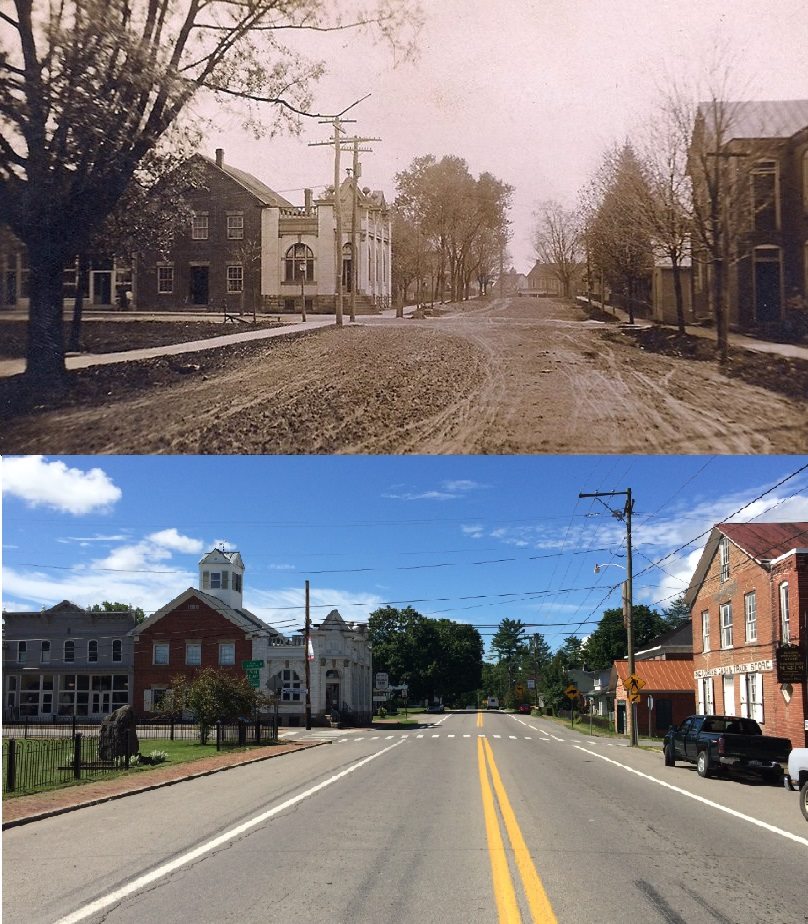 The small town of Beverly, nestled in the Allegheny Mountains, was the gathering point for Confederate troops early in the Civil War. The Staunton-Parkersburg Turnpike connected to the B&O Railroad, which made Beverly a strategic crossroads between the North and South. As a result, both armies were anxious to control the territory. In 1861, Union General George B. McClellan led a surprise attack at the Battle of Rich Mountain. Although he demonstrated what would become a common tendency to fail to push his advantages into a stunning defeat of the Confederacy, his forces were able to secure control of the region. The Union controlled Beverly throughout the remainder of the war.

The four buildings that make up the museum are connected by a gallery with an enterance in the back of the building that makes the heritage center handicap accessible. The Beverly Bank opened at this location in 1900, but was not able to survive the banking crisis of the early 1930s and closed without reopening. The neoclassical building and with its signature arched windows and doorway survives to the present thanks to the efforts of local citizens and preservationists.The 1854 Bushrod Crawford building is a frame residence built shortly before the Civil War, and has significance as Union General McClellan’s headquarters after he won the Battle of Rich Mountain. The Hill Store building was built connecting the Courthouse and the Crawford building around 1907, and represents commercial development in the Beverly in the early 1900s. Last, but not least is the Randolph County Courthouse in the center of the complex. This building cost approximately $1200 to build, including $35 for hinges and other ironwork paid to Solomon Collett when he completed the building in 1815.1

Two of the earliest settlement families in the Beverly area were the Robert Files and David Tygart families. They arrived in 1753, but soon conflicts originating from the the French and Indian War forced these families to flee the area. Settlers of European descent returned in 1772, when Caption Benjamin Wilson led a group of nine families to the area. James Westfall was one of the nine original patriarchs, and in 1790, his twenty-acre plat was divided into one-half acre town lots. Planning for what would become the town of Beverly included the construction of a jail, courthouse, business district, and schoolhouse.

Construction of the Staunton-Parkersburg Turnpike began in 1840. By 1847, Beverly was a town that sat at a major crossroad. It was also destined to be a strategic point during the Civil War due to its connecting point to the North and South. Beverly became a gathering and staging point for Confederate troops at the start of hostilities. General Robert E. Lee ordered 1,000 muskets to be sent to Beverly to support the pro-Confederate volunteers being recruited in that area. The shipment never made it to Beverly, however, as the Union Army captured Confederate supplies when they routed Confederate partisans in the Battle of Phillipi on June 3, 1861.