The Battle of Rich Mountain

The Battle of Rich Mountain occurred near the town of Beverly in Randolph County, West Virginia on July 11, 1861. This battle was between Major General George B. McClellan and Brigadier General William Rosecrans' troops of the union and Brigadier General Robert S. Garnett and Lieutenant Colonel John Pegram's troops of the Confederacy. The battle was part of the western Virginia theatre of the Civil War and was instrumental in McClellan later being put in command of the Army of the Potomac. The Beverly Heritage Center dedicates a section of their museum to the Battle of Rich Mountain.

Historical Marker for the Battle of Rich Mountain 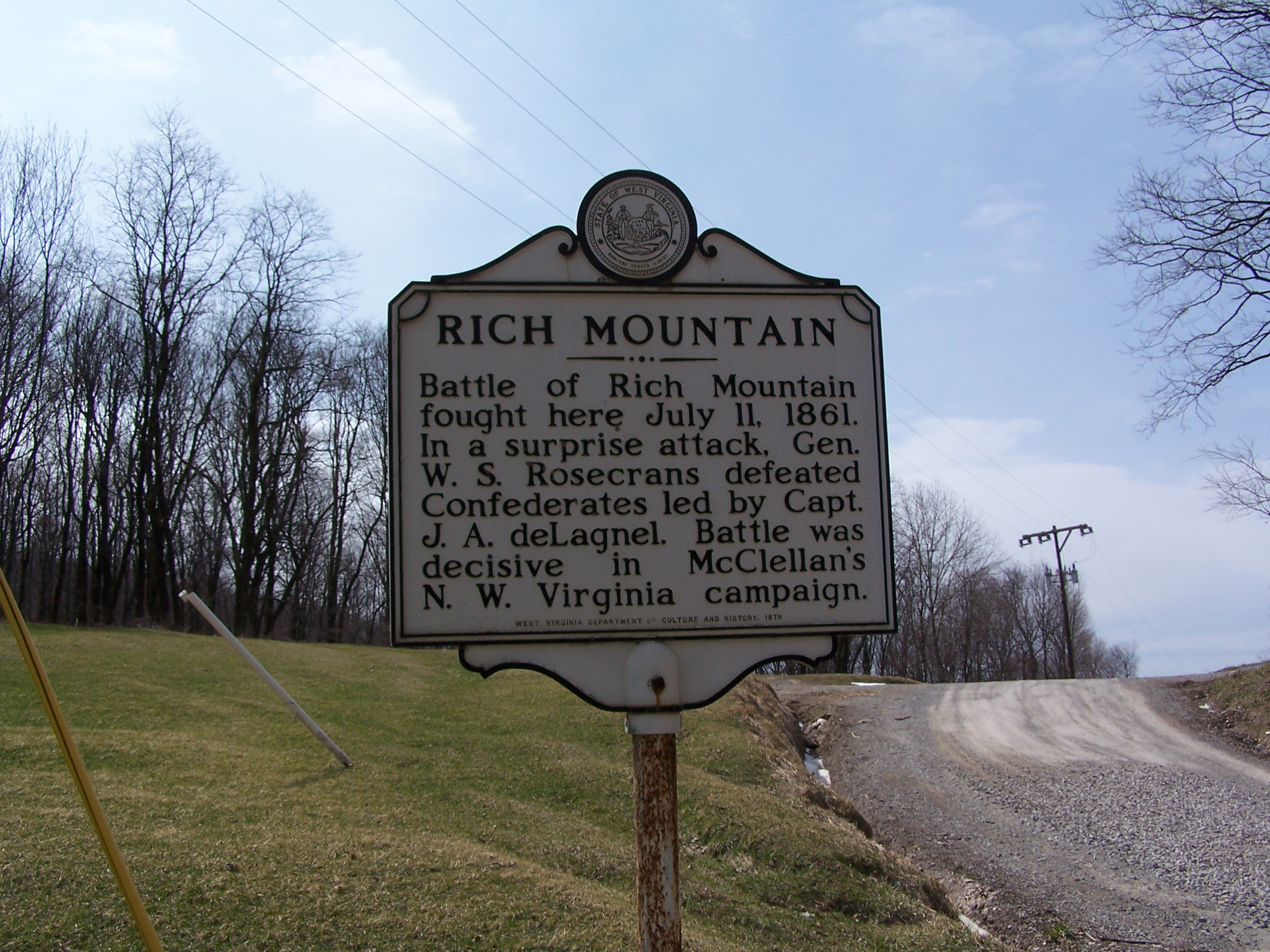 The summit of Rich Mountain 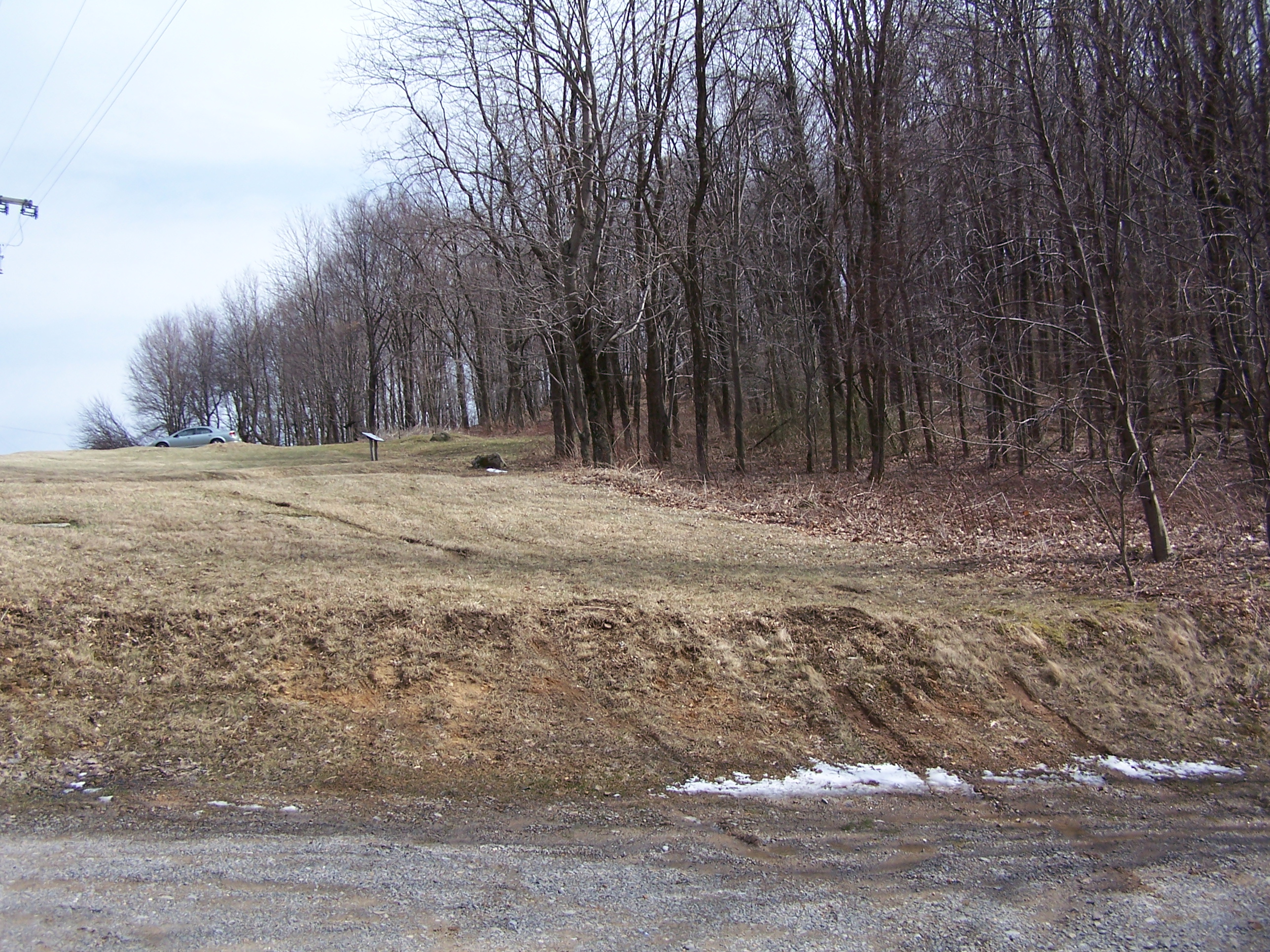 A sketch of the battle and the operations that took place 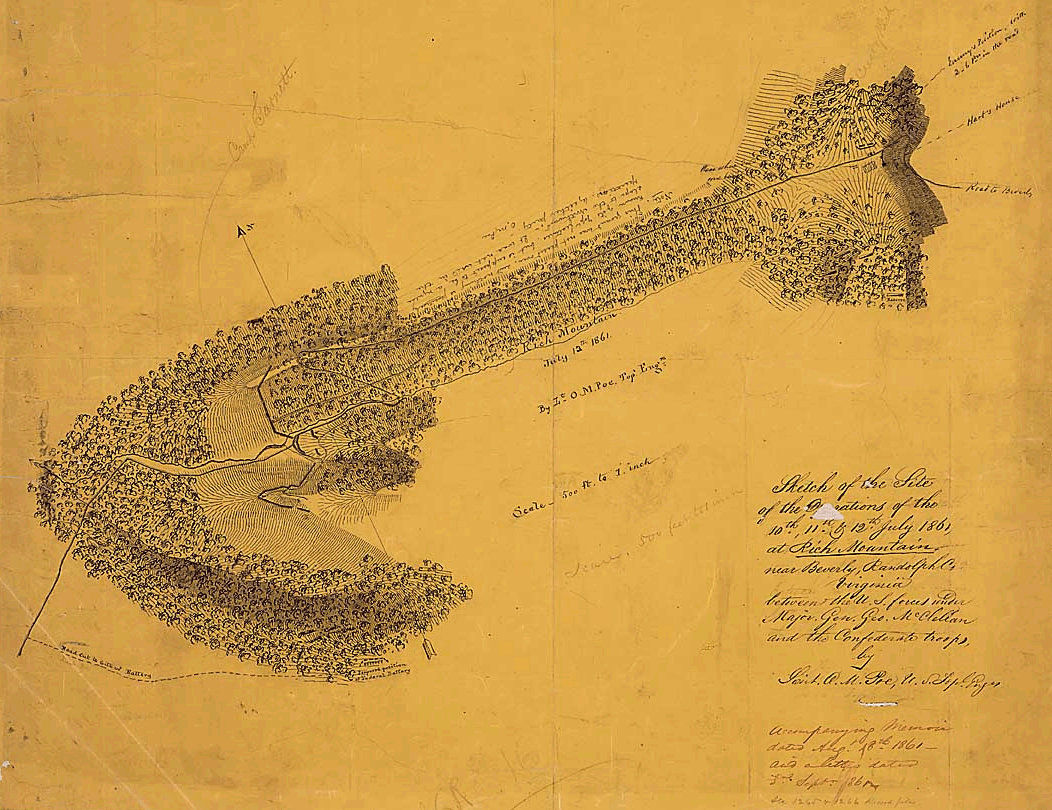 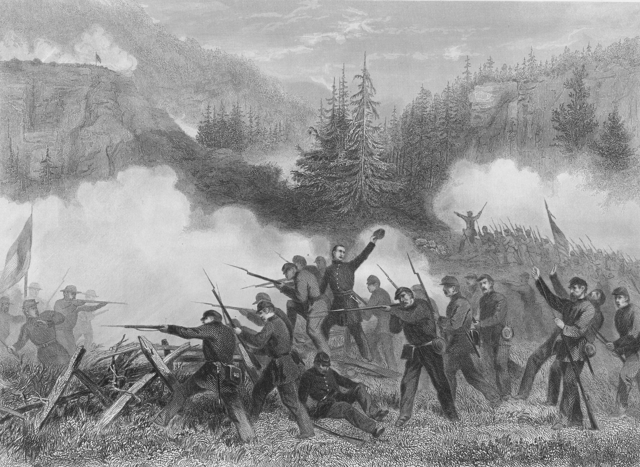 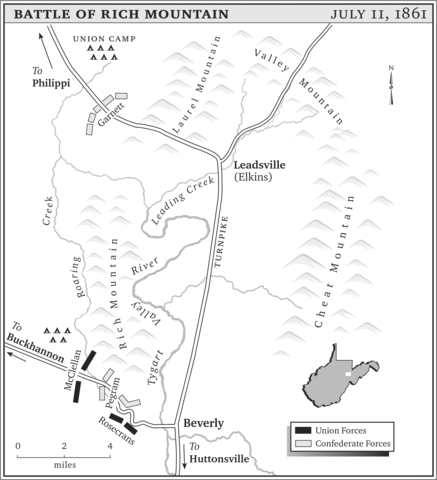 This battle finally began on July 11th, with McClellan's forces fighting against both Pegrams and Garnett's while he made the risky move of sending Rosecran's soldiers on the mountain path in hopes of attacking the rebel soldiers at their flank, marching in the pouring rain, Rosecran was finally successful in attacking the Confederate's wing. This caused the southern forces to begin falling back, and McClellan began shelling their forces, though the expected assault by McClellan's forces never came to fruition.

Rather short, the battle only lasted two hours, but it was still a large victory for the Union. The fighting split Confederate forces in two, with half succeeding in retreating to the town of Beverly. But some were not so lucky.  With his own retreating path blocked off, Pegram and his remaining force of over 500 soldiers had no other choice than to surrender to northern troops on July 13th, while Garnett perished while fighting at Corrick's Ford on the same day. Casualties of the battle differ from source to source. With some saying both sides lost around 70 soldiers, others say that Confederate losses were up to 300, while the Union only lost 46 troops.