The Washington Heights - Inwood War Memorial is located in Mitchel Square Park, on the intersection of Broadway and St. Nicholas Avenue between 167th and 168th Street. The bronze monument is composed of three soldiers, two of which are helping the third during battle. The Memorial was dedicated on May 30, 1922 to honor the men that perished in World War I and lived in the Northern Manhattan communities of Washington Heights and Inwood. The Memorial includes the names of all the fallen soldiers from the community on plaques surrounding the three oversized figures. 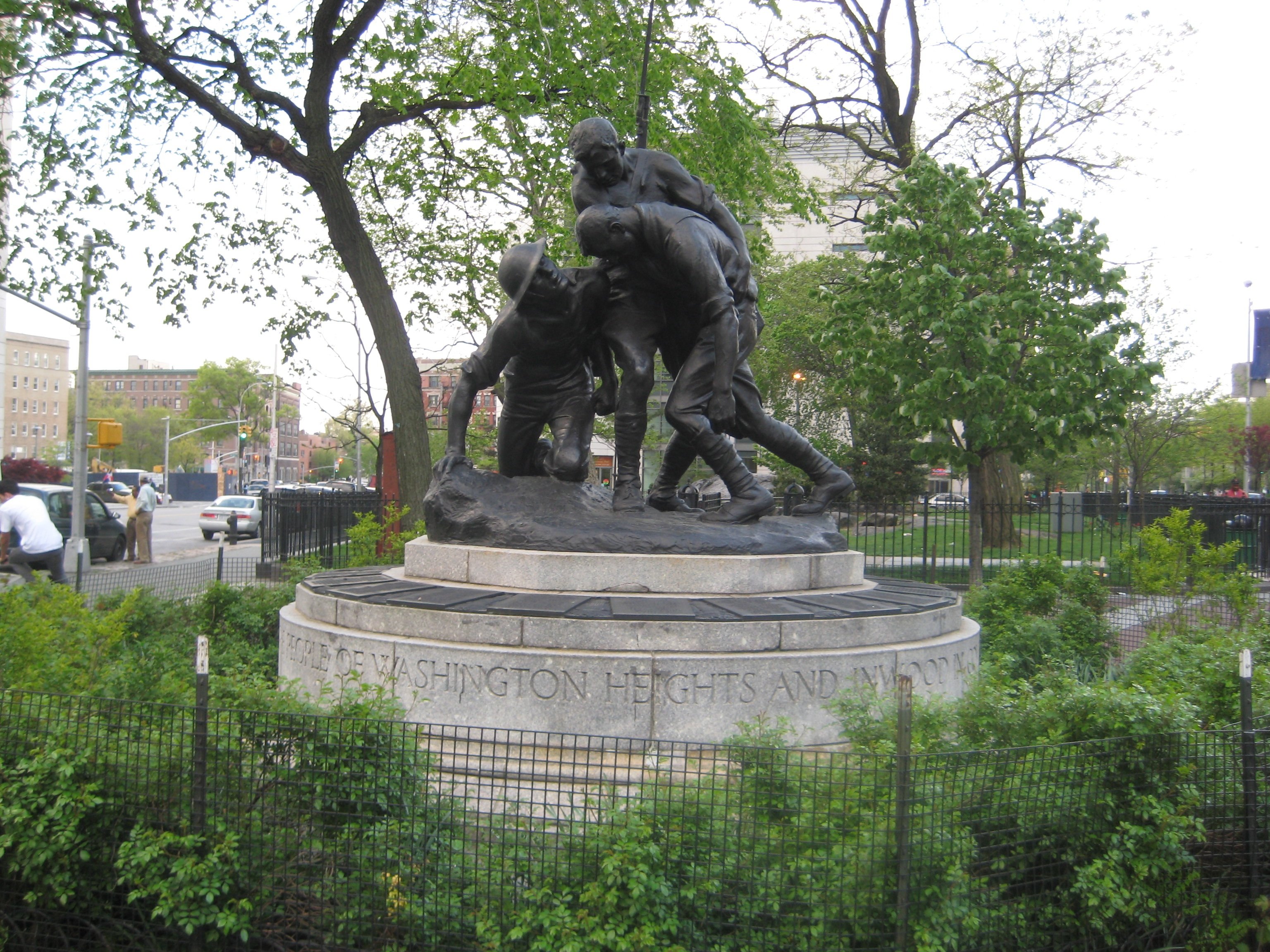 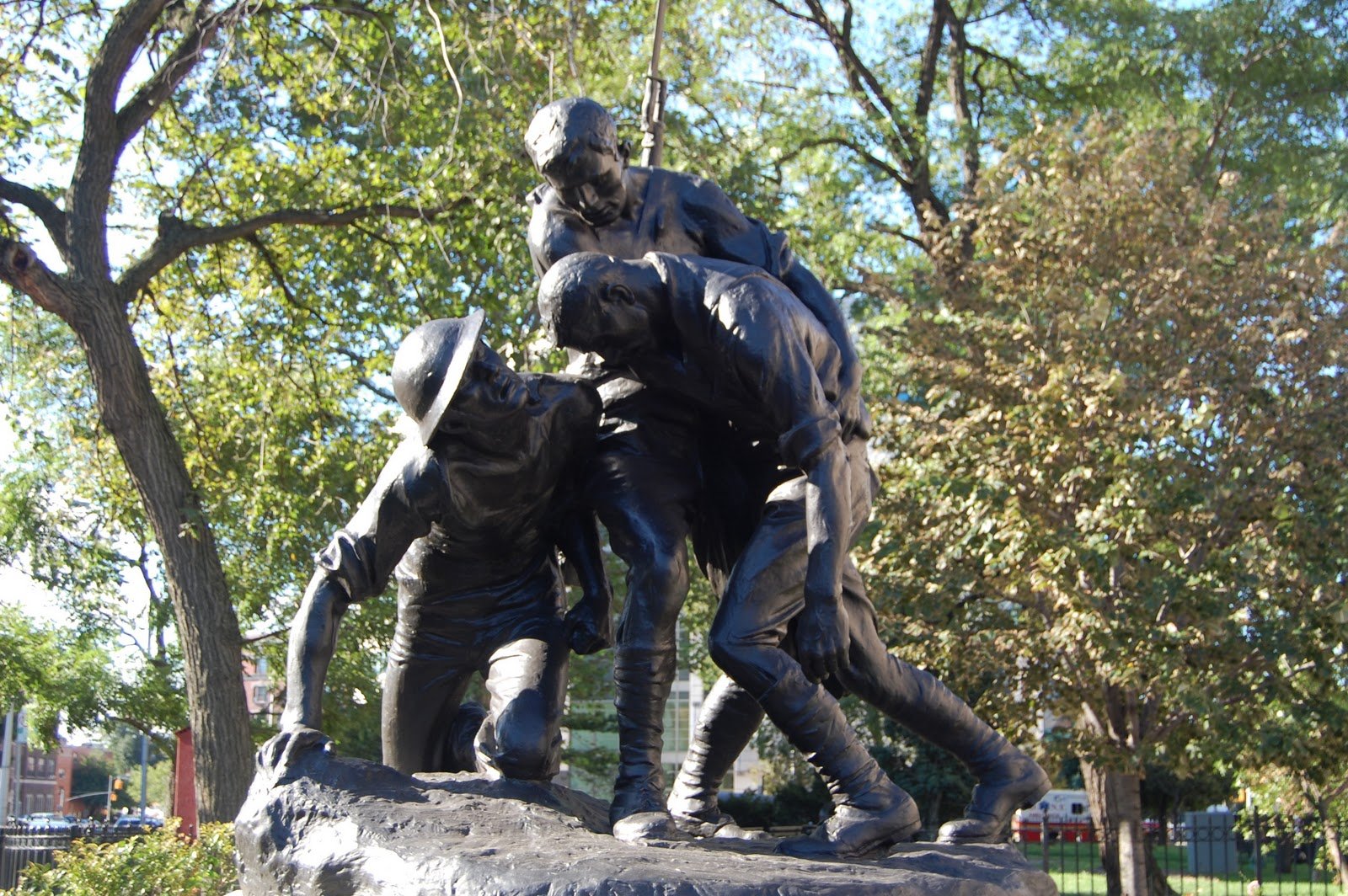 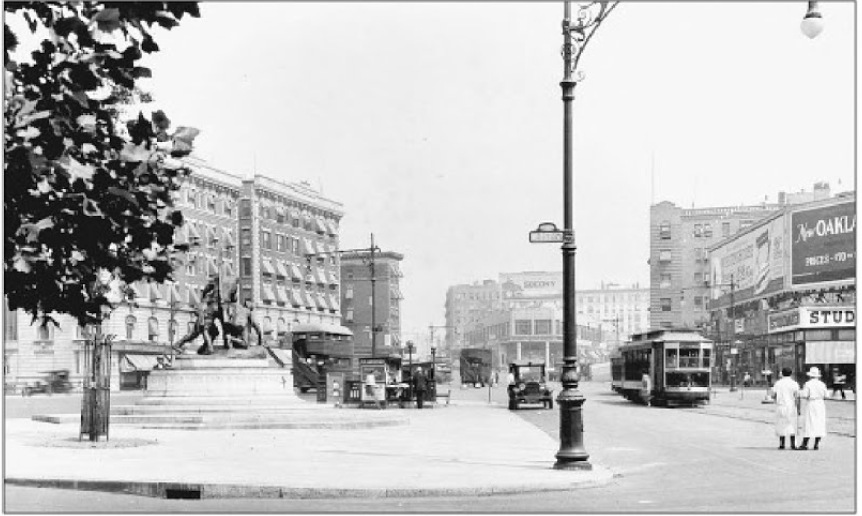 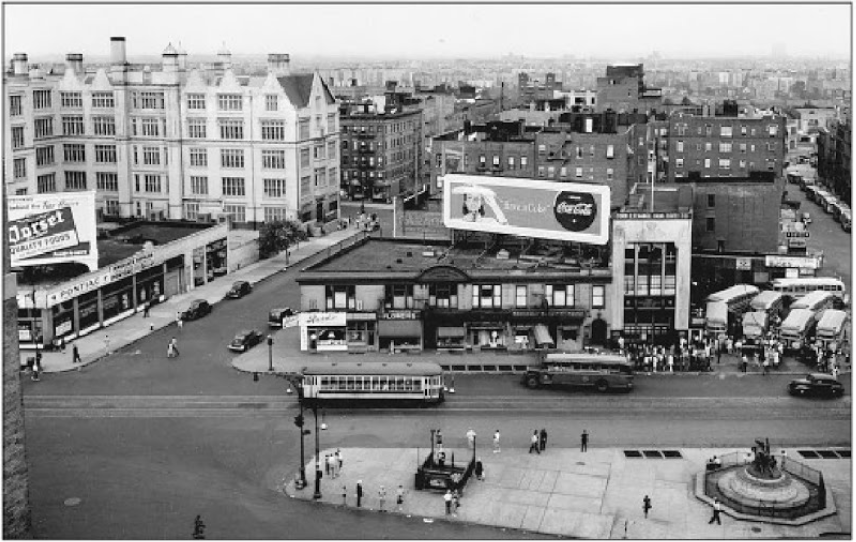 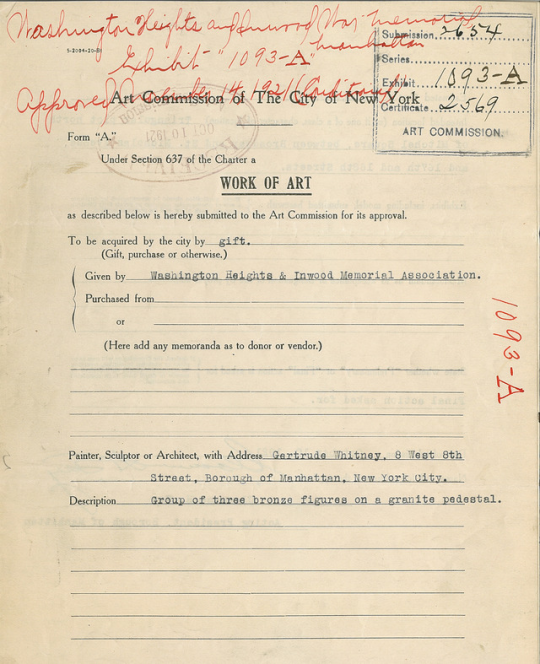 The application image for the monument, taken in November 1921 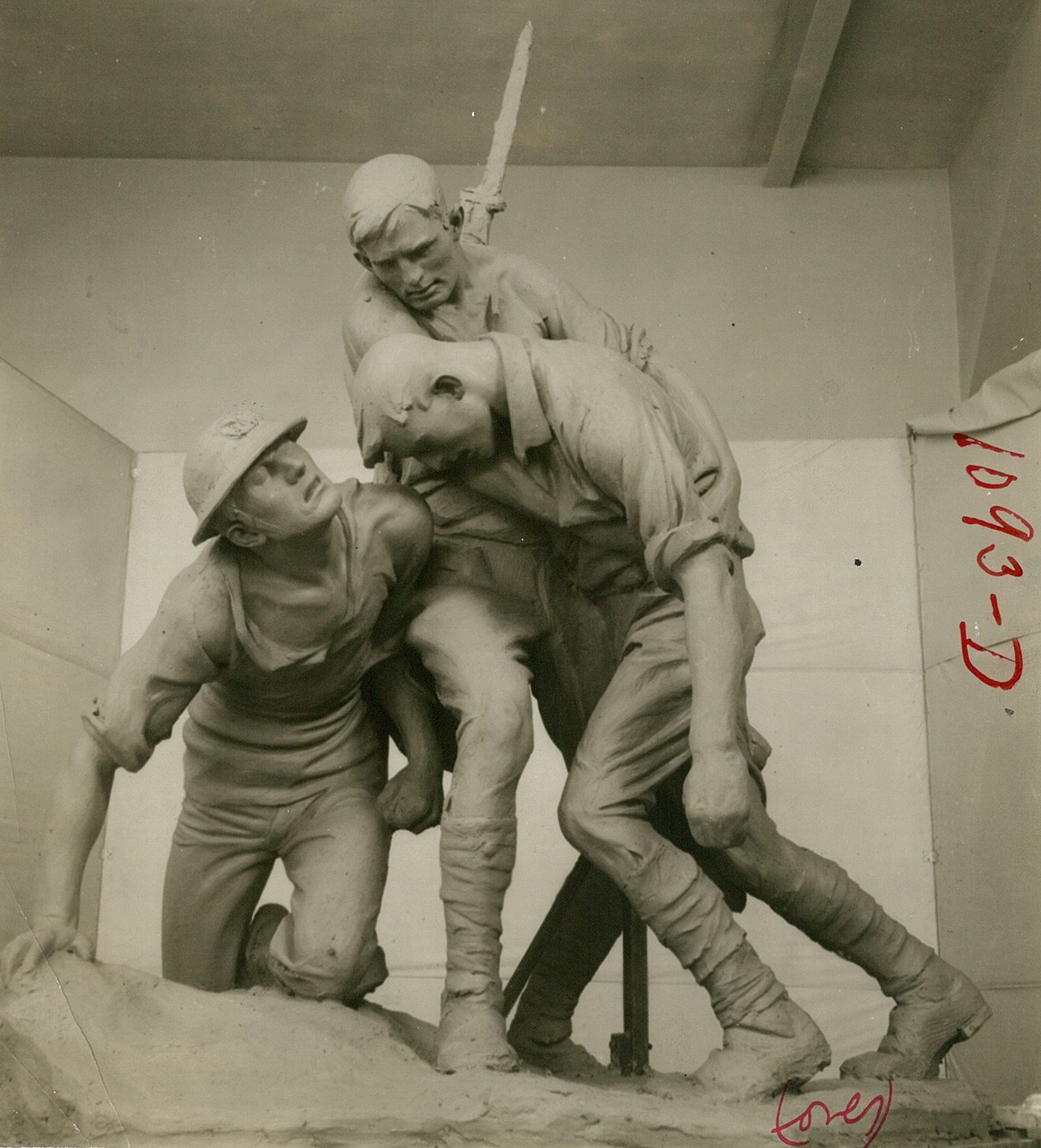 The designer of the sculpture, Gertrude Vanderbilt Whitney, standing with the casting in early 1922. 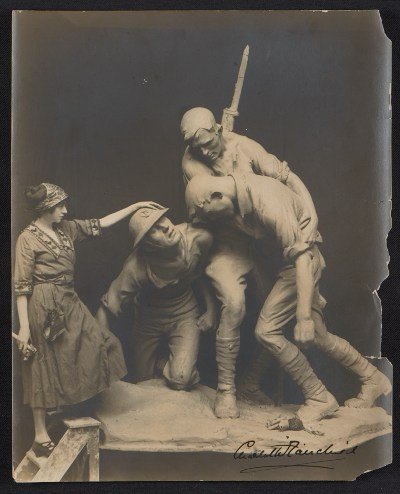 The Washington Heights - Inwood War Memorial was commissioned by the Washington Heights and Inwood Memorial Association to commemorate the 357 casualties of World War I who lived in the neighborhood.1 Featured prominently within Mitchel Square Park, the park is named after John Purroy Mitchel who died during a training accident of the United States Army Air Service.

The monument consists of a granite pedestal, designed by architectural firm Delano and Aldrich, and a bronze sculpture of three combat soldiers designed by Gertrude Vanderbilt Whitney. The memorial sculpture was first approved by New York City on November 14, 1921 for dedication on the following memorial day on May 30, 1922. The memorial was a gift to the city of New York, funding was provided by the Washington Heights and Inwood Memorial Association as referenced in the application for installation submitted in 1921.3

At the base of the memorial, the dedication inscription reads "ERECTED BY THE PEOPLE OF WASHINGTON HEIGHTS AND INWOOD IN COMMEMORATION OF THE MEN WHO GAVE THEIR LIVES IN THE WORLD WAR." Directly surrounding the bronze figures are 20 plaques, of which all names of the missing and killed soldiers of World War One who lived in the New York City communities of Washington Heights and Inwood. The monument has been on permanent display since its dedication in 1922 with the exception of a restoration in 1998 that replaced a missing bayonet.4

The Monument is accessible 24 hours a day, 7 days a week, and is open to the public.