Edward Kennedy "Duke" Ellington (1899-1974) once lived in Apartment 4A in the building at 935 St. Nicholas Avenue in Washington Heights. The world famous jazz band leader and composer resided here from 1939 to 1961. He lived in this apartment when he wrote a musical composition in 1940 called "Harlem Air Shaft" that was inspired by life in the building. The apartment building was listed in the National Register of Historic Places in 1976 and is a National Historic Landmark for its association with Mr. Ellington. The building continues to hold apartments. 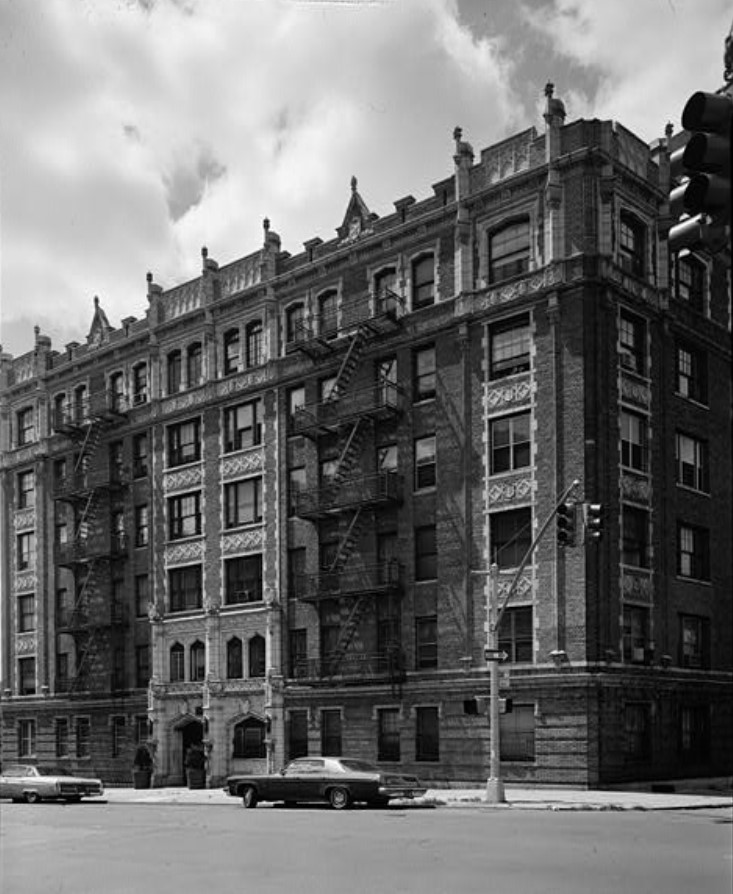 Duke Ellington at the piano at the Aquarium in New York City ca. 1946 (William P. Gottlieb) 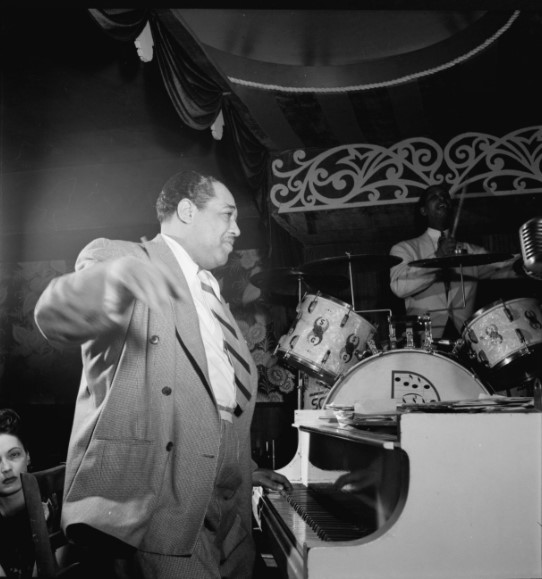 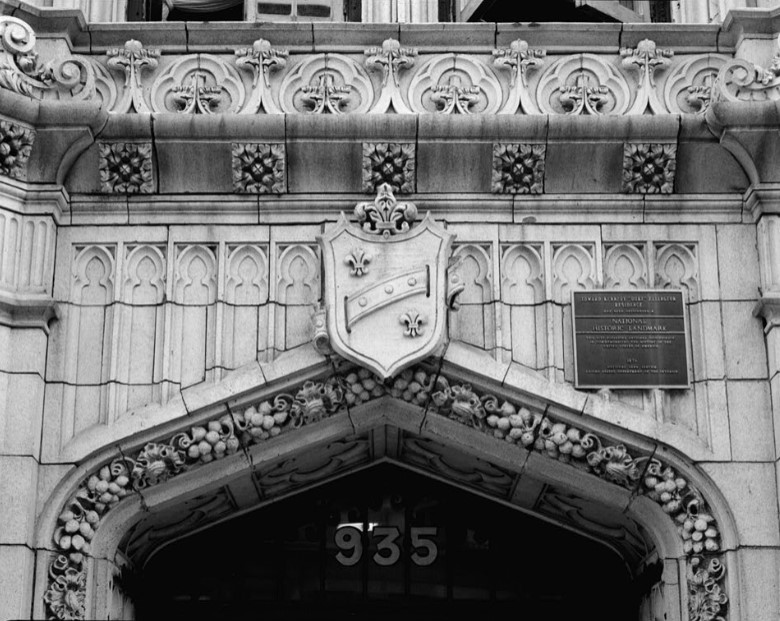 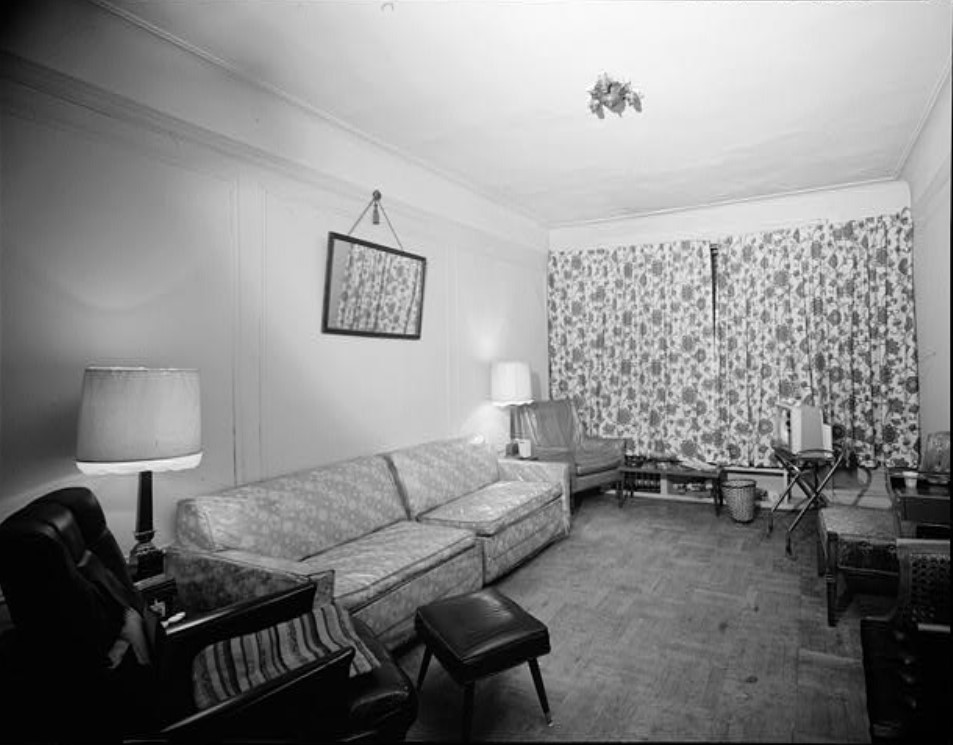 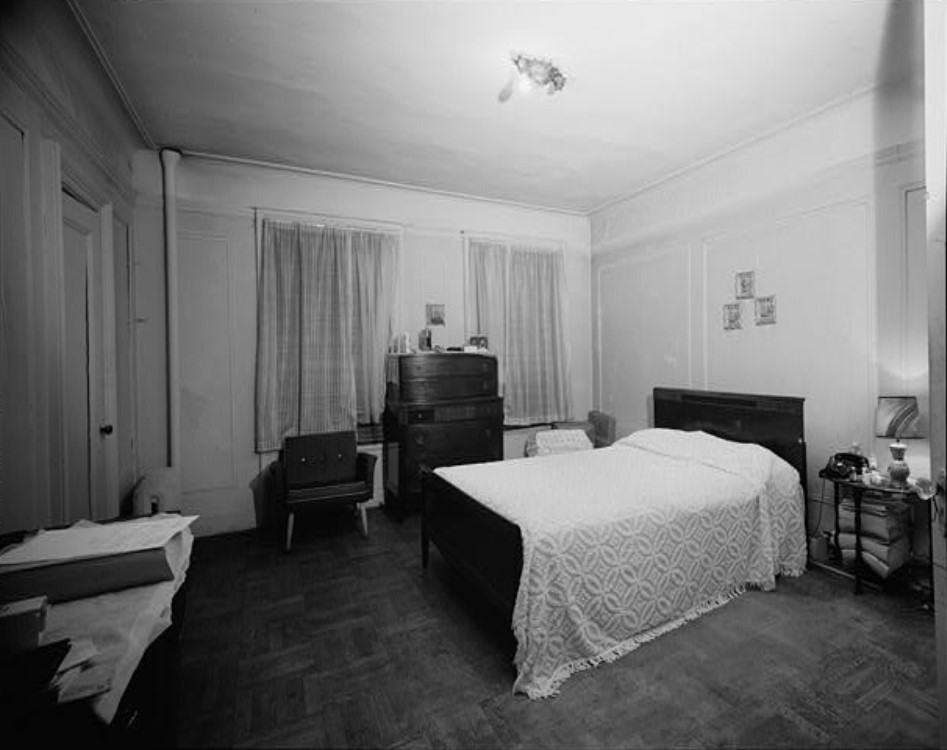 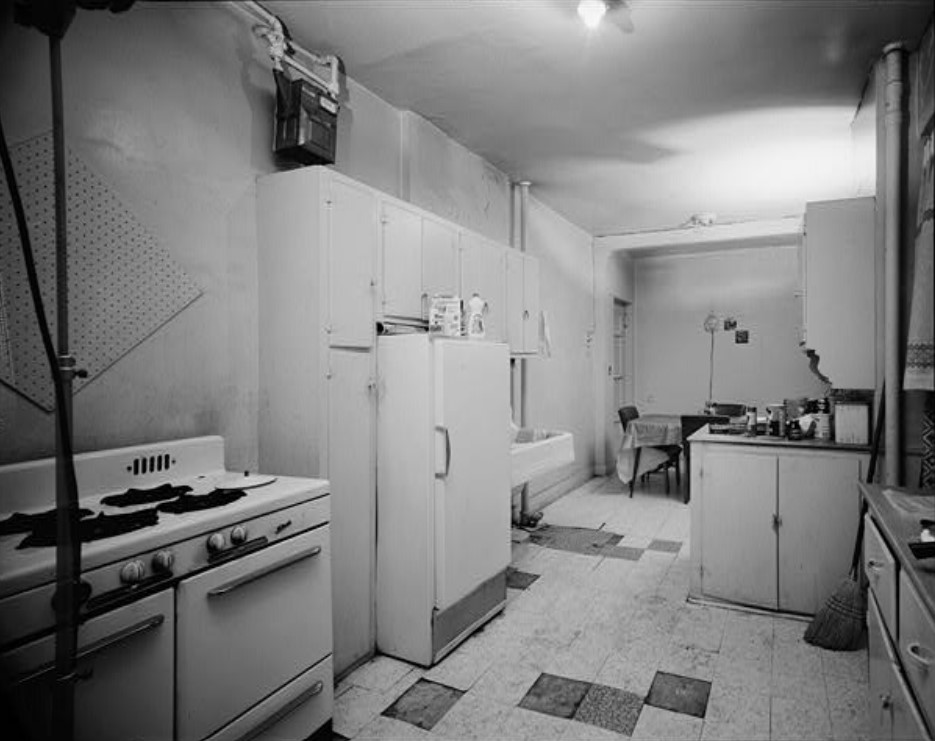 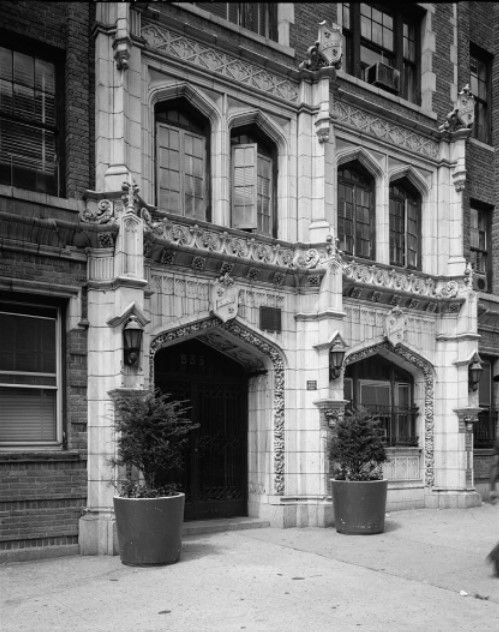 The architect of the six-story, Late Gothic Perpendicular style brick apartment building at 935 St. Nicholas Avenue is unknown. The center bay of the St. Nicholas Avenue side contains the main entrance in the left of two recessed arches, with a window in the other. There is a secondary, service entrance on the W. 157th Street side; both street sides have steel fire escapes to the sides of the center bay.

Duke Ellington was born in Washington, D.C. in 1899. He played ragtime piano locally while still in high school and formed his own band called "The Duke's Serenaders" in 1917. The band played gigs in New York City in the early to mid-1920s, mainly in the Kentucky Club. In 1927, Ellington began his tenure at Harlem's Cotton Club as producer of new stage shows. The band was soon contracted to record with Columbia and Victor Records and Ellington experimented with extended jazz compositions. Ellington became as well known for his dapper clothing and sophisticated style as for his jazz orchestra and compositions.

He was living in Apartment 4A in 1940 when he wrote the song "Harlem Air Shaft." The song is based on being able to overhear the conversations of other tenants, to smell what they're cooking for dinner, and hear them playing the radio. In his later years, Ellington concentrated on composing pieces for special occasions. To honor the 100th anniversary of the Emancipation Proclamation in 1963, he wrote "My People," a work that traced the history of African-Americans interwoven in the nation's history. Ellington once said that "My men and my race are my inspiration. I try to catch the character and mood and feeling of my people."

Duke Ellington ended up composing over 1,500 pieces of music for symphony orchestras, films, ballet, and television. He received the Presidential Medal of Freedom in 1969 and the French Legion of Honor in 1973. He died in 1974 at age 75; his funeral was held at the Cathedral of St. John the Divine in New York City on May 28th.