The Polo Grounds were home to the New York Giants as well as many iconic moments in baseball history. The elongated dimensions contributed to the importance of the field. 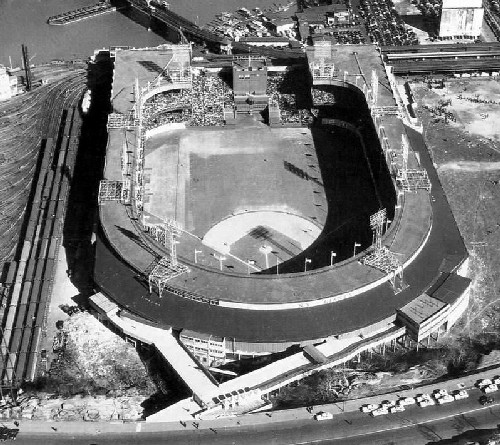 The first stadium known as the Polo Grounds was located just north of Central Park. 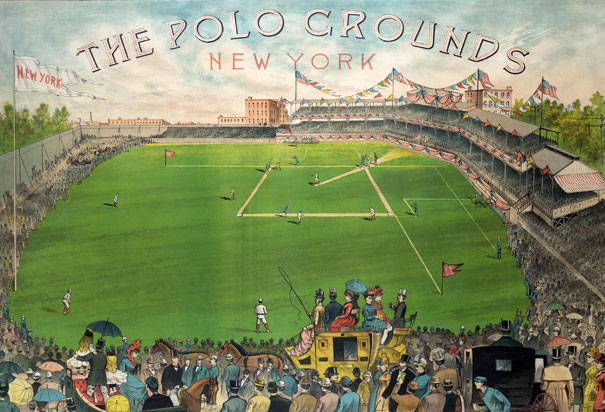 Polo grounds during a night game 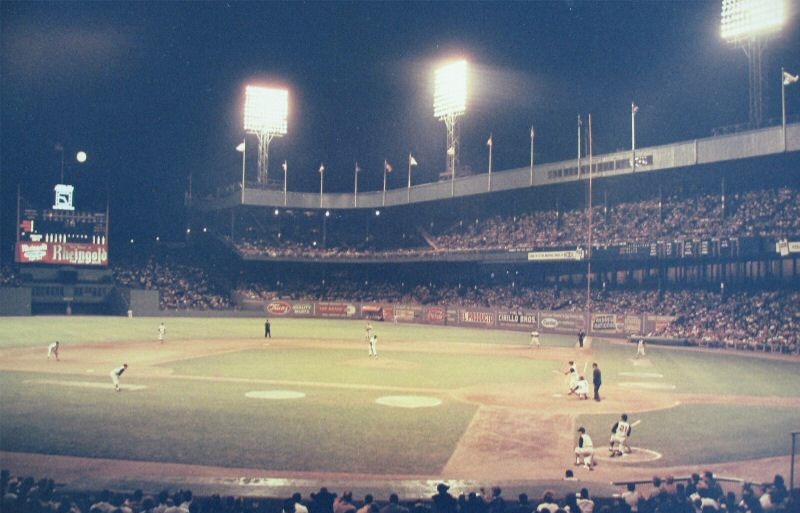 Plaque at the stadium 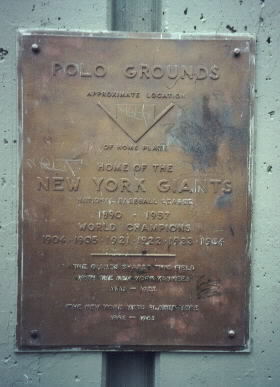 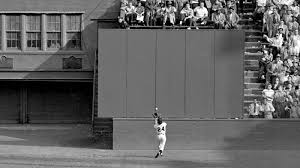 Ernie Harwell calling a game at the Polo Grounds in 1950 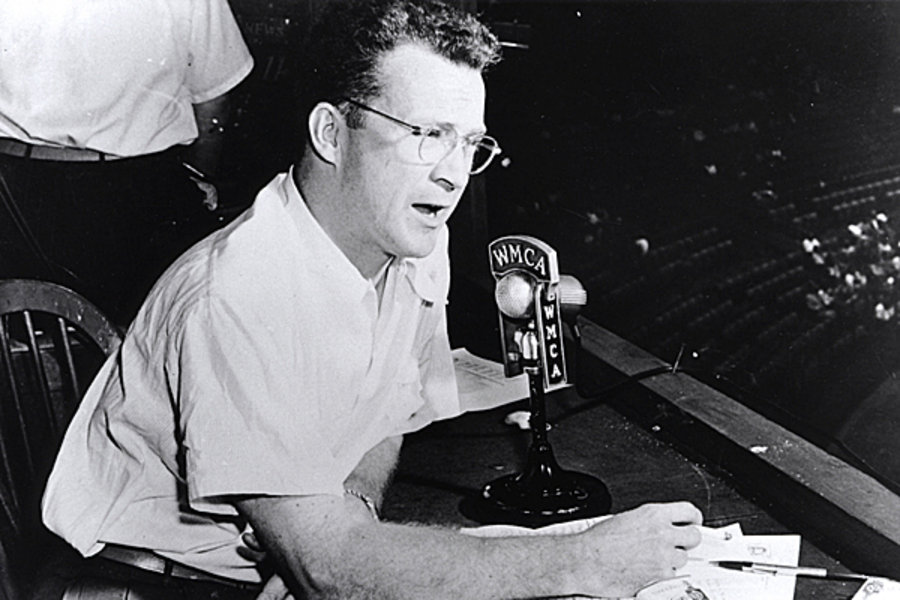 The Polo Grounds was home to two iconic moments in World Series history- the iconic over the back catch of Willie Mays and "the shot heard round the world." This stadium was the fourth of four fields constructed in the Manhattan area that were known as the Polo Grounds. The original Polo Ground was just north of Central Park and used to host polo matches when it was first utilized in 1876. By the 1880s, the field was used for baseball more than any other purpose but was also home to football matches and other sporting events. The stadium replaced the original Polo Grounds in 1890 and the grandstand was replaced after a fire in 1911.

The New York Giants played their first game at the stadium in 1911 while it was still under construction. The grandstand only had 16,000 seats for the first game, but by the end of that season the stadium had a capacity of 34,000. It underwent another renovation in 1922 where they enclosed the stadium except for in centerfield. After this renovation was complete, the stadium was able to hold over 54,000 people.

Although the Yankees played many games here, this field was the home of the Giants and teams coached by McGraw. Famous athletes Christy Mathewson, Willie Mays, and even Babe Ruth called the Polo Grounds home at one time. In 1951 Bobby Thompson made baseball history when he hit a home run in a National League pennant game that would go on to be known as "the shot heard round the world," a phrase coined by iconic broadcaster Ernie Harwell. The game was as important to baseball as it was to New Yorkers as the series pitted the Giants with their rival, the Brooklyn Dodgers. The home run won the Giants the pennant after trailing the Dodgers by 13 and 1/2 games in early August. To this day, the comeback of the Giants to clench the pennant is one of the most memorable comebacks in sports history.

In the 1954 World Series, Cleveland batter Vic Wertz hit a long line drive of 425 feet, flying over Willie Mays's head in center field. The game is tied 2-2 in the eighth inning of Game 1 with runners on first and second base. This was the beginning of the infamous catch: a deep centerfield over-the-shoulder running catch which became one of baseball’s most memorable plays. Mays went full speed toward the back wall catching the ball and launching it straight to the infield, preventing a runner from reaching second base. The catch kept the game tied, allowing the Giants to claim victory in the tenth inning with a score of 5-2. The moment is even remembered today; whenever someone completes an over-the-shoulder catch, it is considered a “Willie Mays catch”. Mays's catch is another iconic moment in baseball history that occurred at the Polo Grounds.

The Polo Grounds had odd dimensions with a very elongated field that had short "porches" at left and right field, meaning they were very close to home plate. Center field, however, was very far from home plate at 475+ feet. This made Mays's throw back to the infield seem almost impossible. The short left field porch also contributed to Thompson's home run as the hit would have stayed inside nearly every other ballpark. The Giants would remain at the Polo Grounds for a few years afterward until their move to California in 1958.