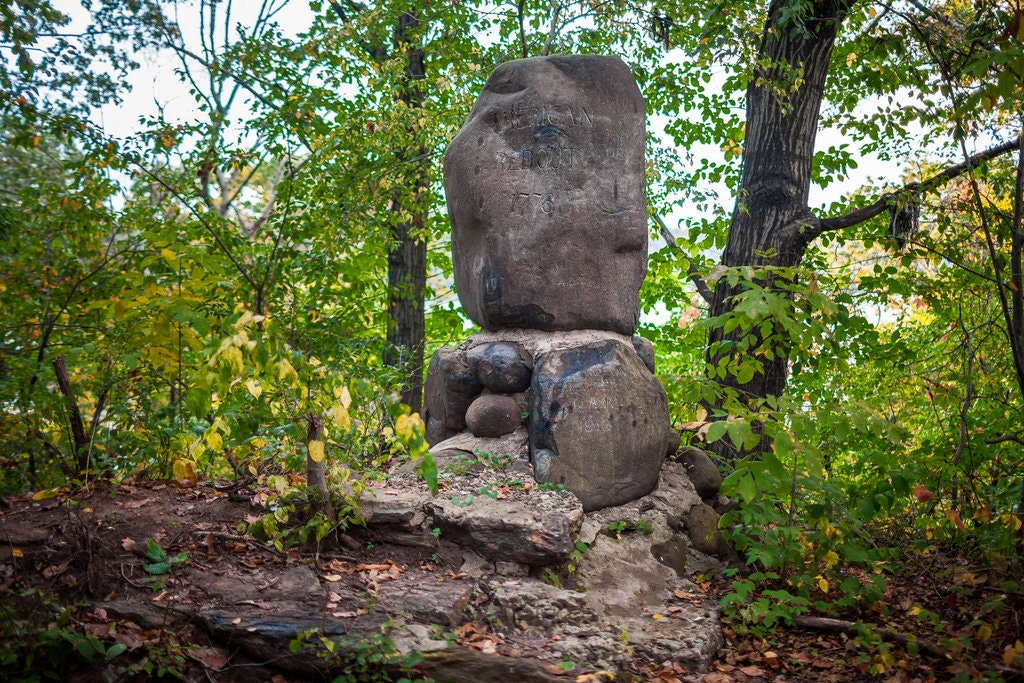 A redoubt is a “small, enclosed military work” meaning, “place of retreat” (2). On November 16, 1776 the British attacked Fort Washington and forced the Continental Army to retreat, many fled up the hill to the redoubt; however, nearly 3,000 American troops were captured that day and most were sent to British prison ships (1). For more information regarding the Battle of Fort Washington, see the Clio article here.

The redoubt itself was constructed by a battalion of Scotsmen of Malcom’s regiment under the command of Captain Robert Smith. The construction of this redoubt was planned and executed by a French volunteer, Antoine Felix Imbert. A published excavation of the site in 1902 described the redoubt as “the best preserved as it is the most militarily regular of the earthworks of the locality, evidencing the military training of its designer” (3). Built in part as defense of the Hudson river, the City of New York had also ordered several ships to be sunk in the Hudson during August and September of 1776 to further impede British navigation. Unfortunately, neither Fort Washington, nor the redoubts, nor the sunken ships could stop the British takeover. The British remained in control of New York for seven years following this defeat (from September 1776 until November 1783).

It can be a bit difficult to find the marker. According to the New York Times, the marker can be found along the path to the left of the 181st Street pedestrian path.