The stone building at the southwest corner of Convent Avenue and W. 135th Street was built from 1884 to 1890 as part of the Croton Aqueduct system to bring fresh water into New York City. The Romanesque Revival style structure was designed by Frederick S. Cook. Since 2006, the renovated building has been the Harlem Stage Gatehouse, a performing arts center, with spaces for rehearsal, performance, and support of cultural arts. The mission of Harlem Stage is to "perpetuate and celebrate the unique and diverse artistic legacy of Harlem and the indelible impression it has made on American culture." The building was listed in the National Register in 1983 for its significance in architecture and engineering. 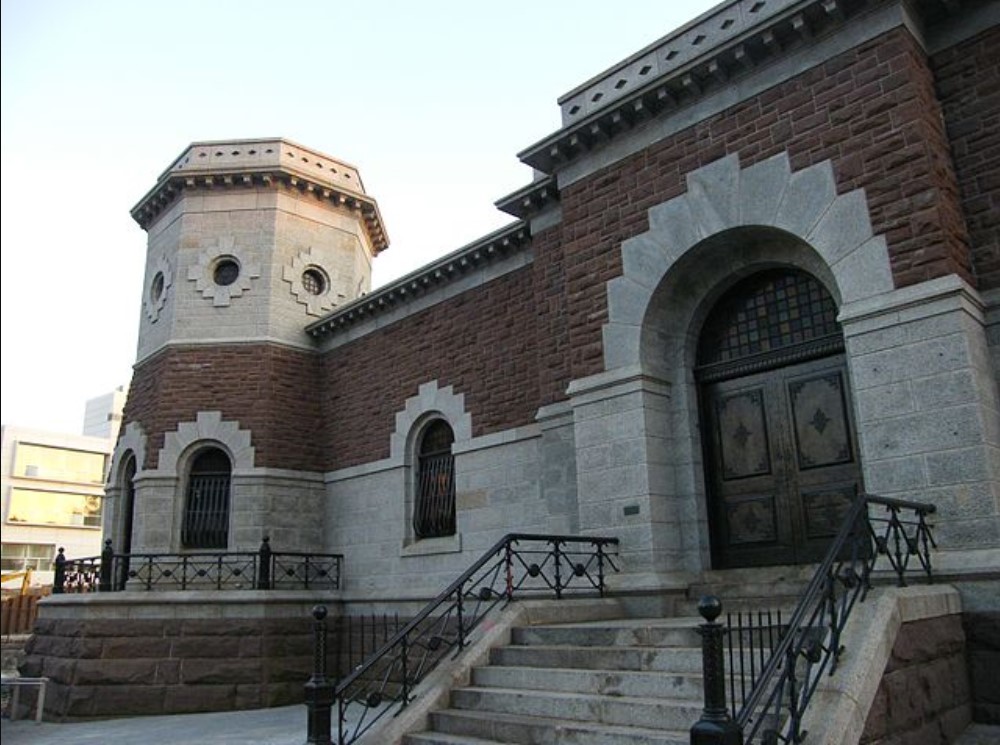 Arched entrance with plaques on north side of Harlem Stage Gatehouse in 2020 photo (jim.henderson) 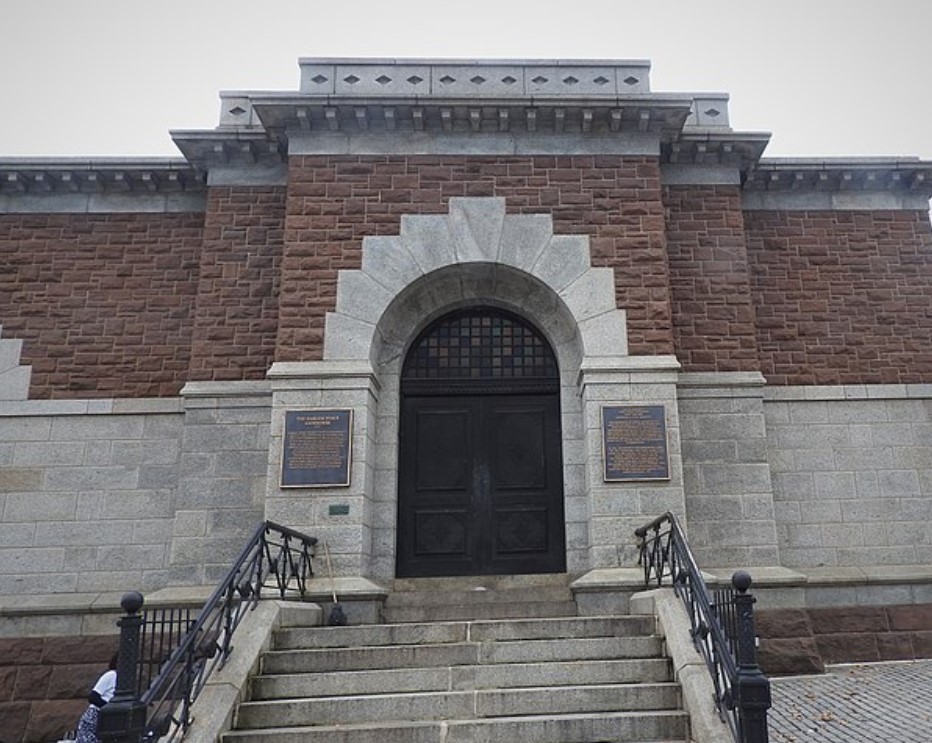 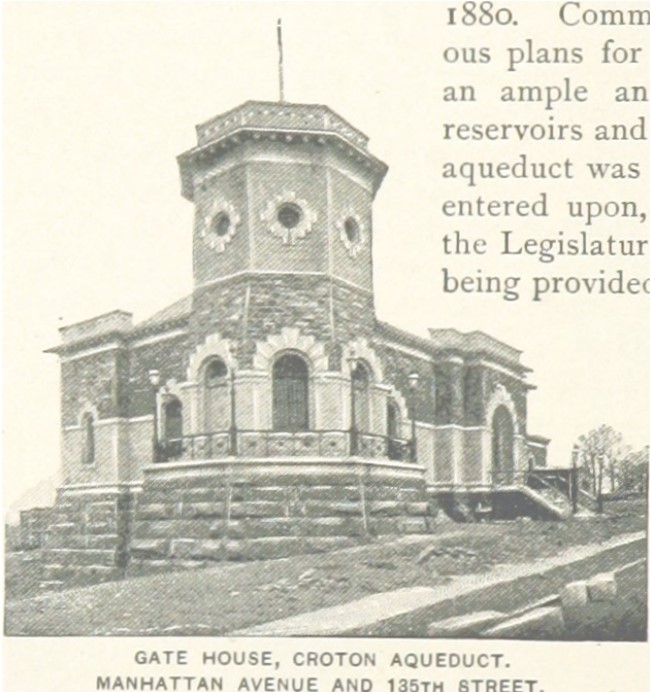 The Gate House was part of the system that brought water to New York City from the Croton Aqueduct in upper Westchester County. The heart of the building is 75 feet deep with sloped dam walls six feet thick. The gate house functioned to control the amount of water flowing from the underground masonry aqueduct to the Central Park Reservoir and elsewhere in Manhattan.

The building was vacant after 1984 and was deteriorating. The acquisition of the Gatehouse space in 2006 allowed for Harlem Stage to offer extended runs of theater performances. The building is owned by New York City and leased to Harlem Stage. The renovated building includes a 192-seat theater space. The renovation, designed by architect Rolf Ohlhausen of the firm Ohlhaufsen DuBois, cost $21 Million ($18 million from the city and $3 million from private donors). Within the former deep space where water was once stored, the architect created three levels. The cellar contains offices and a green room; the first floor is an entrance space with a lobby and box office; and the top level is the theater. Stained glass windows and door transoms were restored. The octagonal tower was repurposed as a romantic entry point for the theater. Portions of the interior still show the original brownstone or cream-colored brick. New front doors were carved out of the six-foot walls facing Convent Avenue. From the outside, a balcony faces south toward the Empire State Building.

The slogan of Harlem Stage is "Diverse Artists. Transformative Art." The organization provides "opportunity, commissioning, and support for artists of color" and presents work that "responds to the historical and contemporary conditions that shape our lives and the communities" they serve. They commission or produce artistic performances that are premiered at the Harlem Stage Gatehouse under its WaterWorks program. They partner with organizations including Classical Theater of Harlem. Since its founding in 1979, Harlem Stage had been using a large auditorium nearby at City College of New York's Aaron Hall. A drop-down screen in the new theater space presents films like the annual Harlem Film Series of independent works by artists of color. Part of Harlem Stage's mission is to educate children on the diversity, excitement, and inspiration of the performing arts. They typically reach over 2,300 of the city's students annually. They target schools with under-funded arts programs and students with little easy access to live performances.

Harlem Stage at the Gatehouse reopened in September 2021 after closing in 2020 due to the pandemic. As of October 2021, proof of vaccination is required for entry and masks are required. The building also is available for events and space rental. The organization provides some digital events, including a treasure hunt (see events link below).