Constructed from 1903 to 1907, Shepard Hall became the first building on the College of the City of New York's new campus and was originally known as the Main Building. The Late Gothic Revival, castle or cathedral-like structure designed by George Browne Post was built of stone and terra cotta. Shepard Hall is east of the Quad, which is lined with four other early campus stone, Late Gothic Revival buildings that constitute North Campus. There are more modern buildings on the adjacent South Campus, south of W. 138th Street. Shepard Hall was listed in the New York and National Registers of Historic Places in 1984. 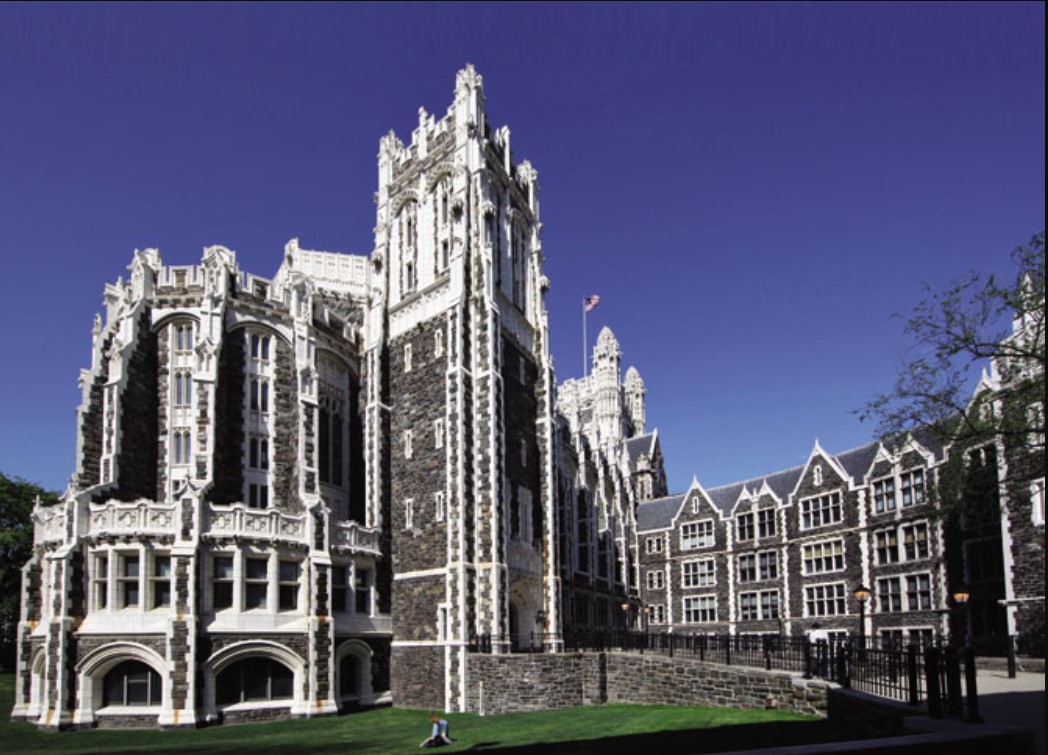 The Great Hall and mural on second floor of Shepard Hall in ca. 2015 photo (NYS CRIS) 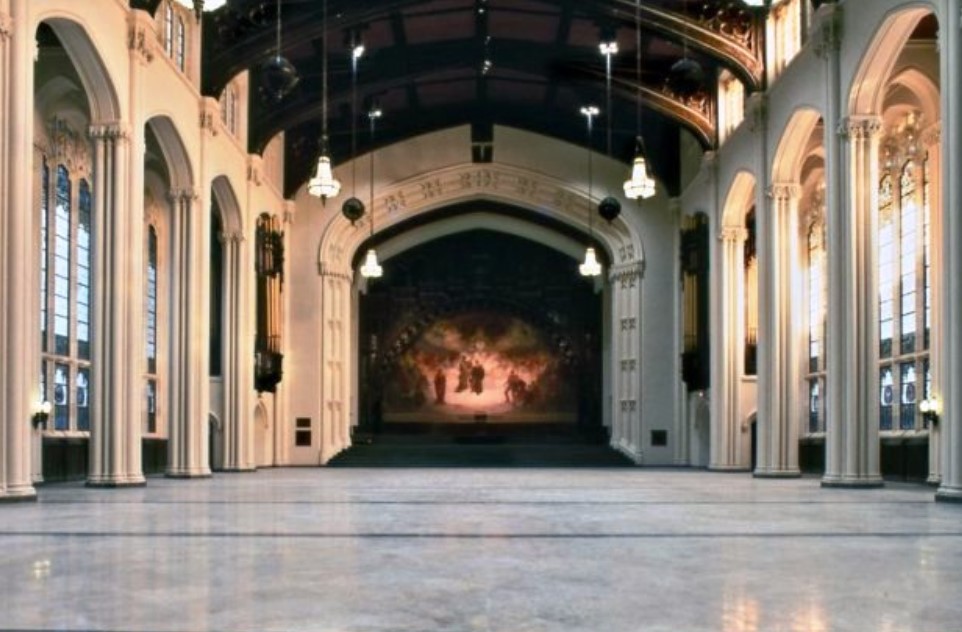 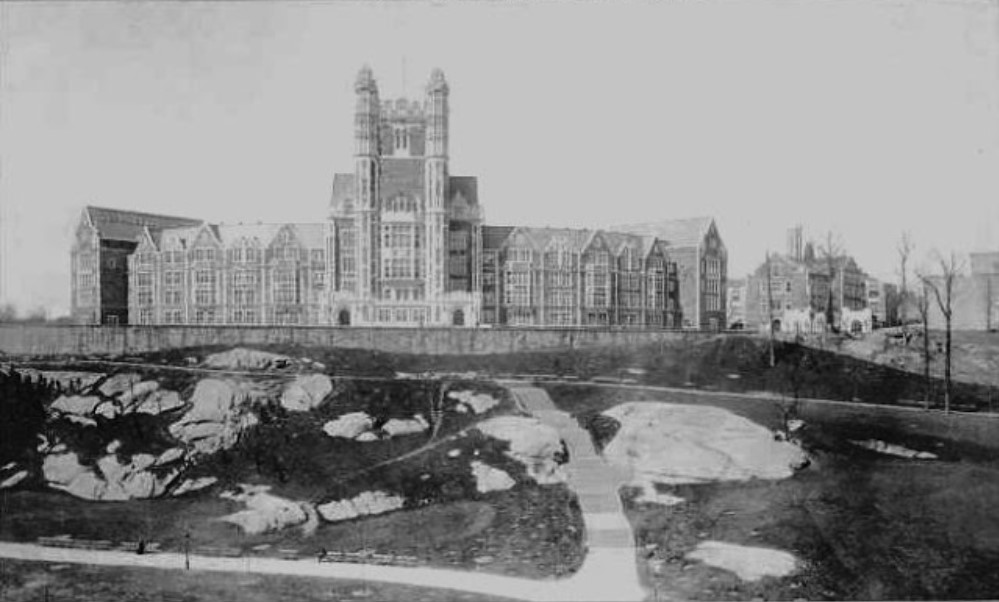 The City College of New York was established in 1847 by Townsend Harris as the Free Academy. The original location was the corner of Lexington Avenue and 23rd Street in a four-story building with corner towers. The Free Academy was the first higher education institution in the U.S. to be entirely publicly supported and became the College of the City of New York in 1866. Students held a procession along Fifth Avenue from 42nd to 23rd Street on April 30, 1866, announcing the "burial" of Free Academy and the "christening" of the College of the City of New York. One member of the committee that planned the celebration was then-freshman Everett M. Shepard of the Class of 1869.

Decades later, alumnus and college trustee Everett M. Shepard was instrumental in helping the college obtain land for the new campus in the Hamilton Heights area of West Harlem. Ground was broken for the Main Building (later renamed Shepard Hall) in March 1903 but construction took much longer than anticipated due to disputes between the contractors and the client. Shepard Hall and four other buildings lining the new campus quad were finally ready for students in the fall of 1907.

In the last three decades, several ambitious projects aimed at restoring the building have been completed. Architect Carl Stein replaced more than 70,000 terra cotta pieces using modern technologies and materials but keeping the same style. The project won the Lucy G. Moses Preservation Award in 2018 from the New York Landmarks Conservancy. Restoration of Shepard Hall's Great Hall, along the building's central axis on the second floor, won the same honor in 1997.

The cathedral-ceilinged space has been the scene of speeches by many notables including Albert Einstein, and U.S. Presidents Woodrow Wilson, William Howard Taft, and Franklin Delano Roosevelt. The two-story stained glass windows in the Great Hall contain emblems from many other U.S. colleges. A mural on one end wall by artist Edwin H. Blashfield is titled "The Graduate" depicts a seated woman representing knowledge holding a globe with a student in the center, about to receive his diploma from the female figure Alma Mater. The curving side wings of the building contained classrooms for subjects not taught in the four Quad buildings.

Shepard Hall is the one building on campus that "never sleeps" - like the city it serves, the building is always open. The building houses the Departments of Music and Media and Communication Arts. The Music Library is in room 160. A hallway called Lincoln Corridor is lined with portraits of CCNY past presidents. A bronze bust of Lincoln in this hallway has a lighter-colored nose from the tradition of students rubbing the statue's nose for good luck before an exam. The bust, by artist John Gutzon-Mothe Borglum, used to be located outside, near an entrance to Shepard Hall. the bust was presented to the college at a ceremony held in the Great Hall in 1908. Duplicate castings of the bust are located at the White House and at Lincoln's grave in Springfield, Illinois.

First Lady Michelle Obama chose CCNY to give a commencement address in 2016 because its campus was one of the most diverse in the country. Colin Powell, former U.S. Secretary of State, is one of the notable graduates of CCNY, as was scientist Jonas Salk.

No public tours during pandemic (see link above)