The building at 503 W. 145th Street is one of the 65 libraries built in New York City in the early twentieth century with millions of dollars donated by businessman and philanthropist Andrew Carnegie. The Hamilton Grange Branch of the New York Public Library was constructed from 1905 to 1906 and opened on January 8th 1907. The three-story, Beaux Arts style building was designed by Charles F. McKim of the well-known architectural firm McKim, Mead & White. The name comes from the country home called The Grange that Alexander Hamilton built nearby for his family in 1802. The library building was listed in the New York and National Registers of Historic Places in 1981 and has been a New York City Landmark since 1970. It still houses a library branch. 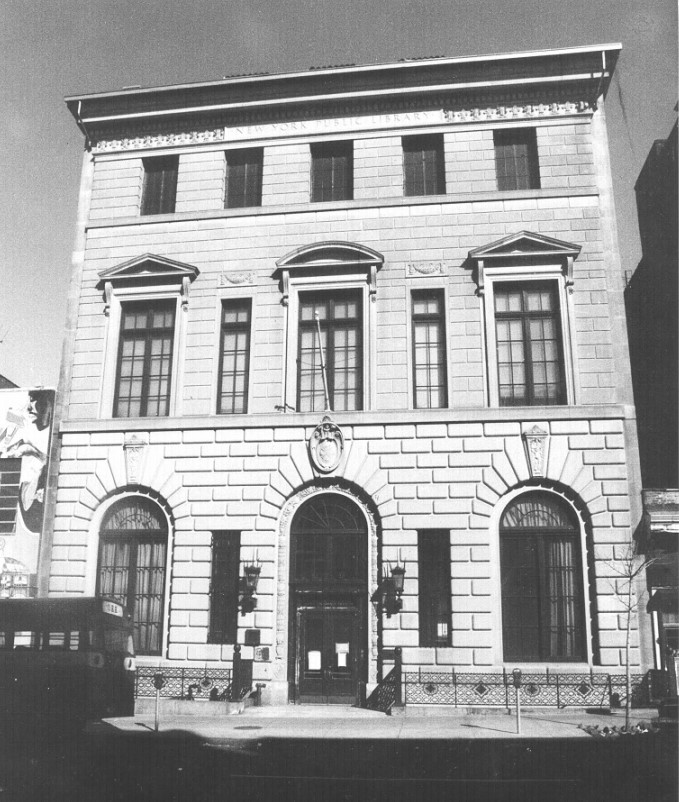 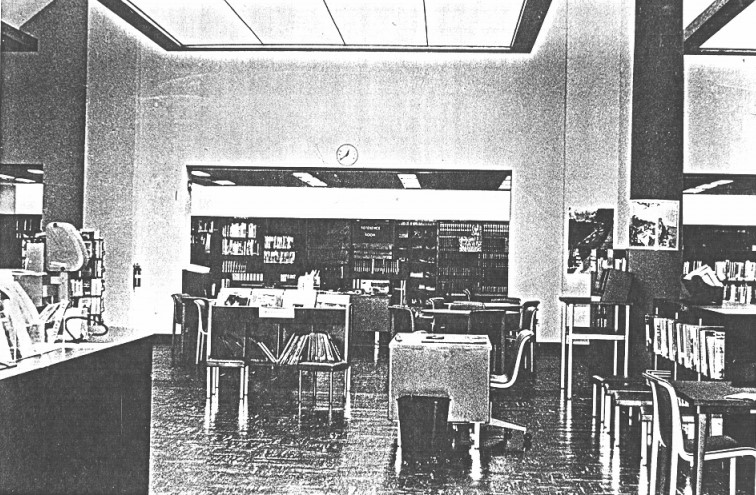 The three-story, three-bay-wide configuration of the library building is typical of the Carnegie libraries built in Manhattan in the early twentieth century. The Beaux Arts style main facade is loosely based on Renaissance-era Italian palazzi residences. The large windows and doorway on the first floor are arched; the second-floor windows are rectangular and pedimented. Narrow windows are wedged between the main windows no all three stories. "New York Public Library" is inscribed in the cornice; the seal of the City of New York is in the keystone above the doorway. The rear windows were removed and a one-story-flat-roofed wing was added in 1973. Most of the interior of this library branch was renovated in 1975; the interior was gutted so no original interior details remain. The library re-opened in June 1976.

Alexander Hamilton commuted to his law office in Lower Manhattan from his country home in Harlem that he built in 1802 and named The Grange. The trip took two hours by carriage! The house has been moved a couple times but still survives in Hamilton Heights (yes, the neighborhood was named after him, too) and now serves as a museum (see the Clio entry for Hamilton Grange, now located off of W. 141st Street and Hamilton Terrace). New York Public Library (NYPL) was founded in 1895. At that time, The Grange had already been moved to W. 144th Street and 10th Avenue (Amsterdam Avenue now). The new library branch built in 1905 to 1906 named for The Grange was only about a block away from its namesake when it was constructed; at that time, the neighborhood was mainly residential and middle class. By the middle of the twentieth century, the area had become more multicultural and of lower economic status.

Three public libraries - the Astor, Lenox, and Tilden Library Trust - merged in 1895 to form the NYPL. The NYPL now has 92 branches in Manhattan, the Bronx, and Staten Island, making it the largest public library system in the U.S. Ten other branch libraries were designed by McKim, Mead and White for the NYPL; while all are similar, none are identical. The building is fully accessible for those in wheelchairs and offers programs for children, teens, and adults. It has meeting space for groups and provides materials geared toward new adult readers.