The Gothic Revival stone building at the corner of Riverside Drive and W. 140th Street was built to house St. Walburga's Academy, which opened in 1913. The Roman Catholic school was a boarding and day school for girls; it was also called Academy of the Holy Child. The academy relocated to Rye, New York in 1957 and became known as the School of the Holy Child. Since 1998, the buildimg has been owned by the Fortune Society, a non-profit organization dedicated to housing homeless, previously-incarcerated individuals. The exterior of the St. Walburga's Academy building was restored and was listed in the National Register of Historic Places in 2004. 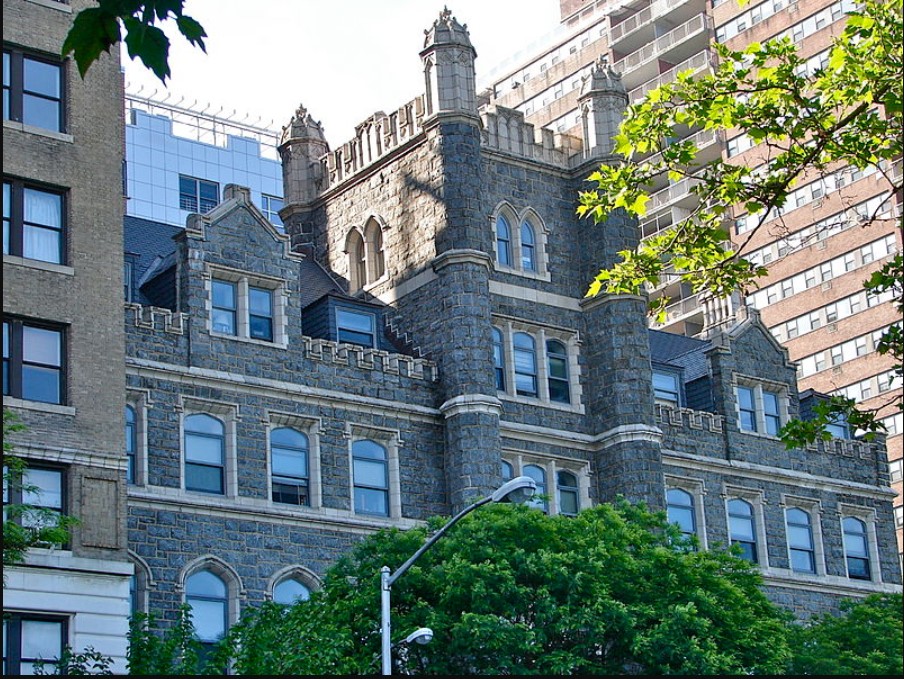 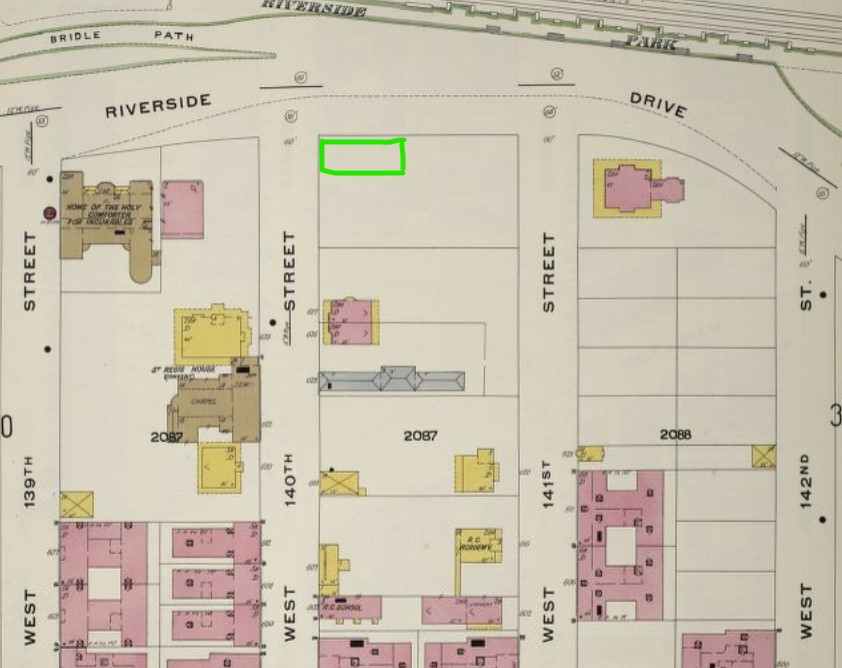 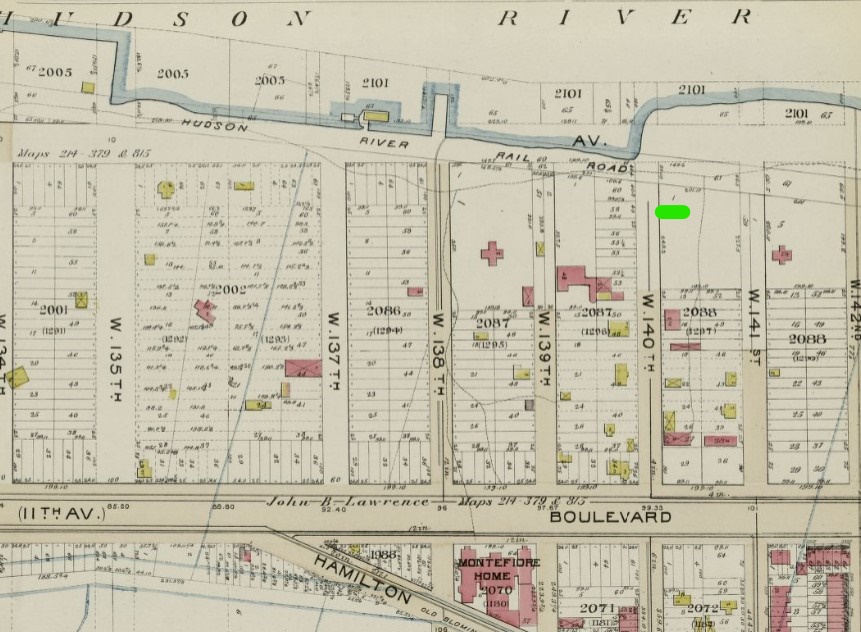 St. Walburga's originally operated a school in West Harlem in 1904 that was housed in an Italianate style, two-story Victorian house with a three-story square tower; the convent was next door in another Victorian house with a Mansard roof topped by a widow's walk. The schist rock for constructing St. Walburga's Academy on Riverside Drive came from excavation of tunnels for the city's first subway line, the Interborough Rapid Transit subway. The main block of the building, facing Riverside Drive, is 3-1/2 stories tall over an English basement with a double-stairway central entrance into a five-story tower. A rear wing is two stories tall, built into the land that slopes down toward Riverside Drive. No other buildings were adjacent when the castle-like Academy was first built. The Roman Catholic sisters at St. Walburga's Academy taught 50 girls in four grades in 1915, according to the National Catholic Education Association. The principal of St. Walburga's Academy in 1922 was Mother Mary Cleophas, overseeing a staff of 12 faculty teaching 56 girls. The Sisters of the Holy Child celebrated their school's 25th year at a fete in December 1929.

So who was Saint Walburga? She was a nun born in England who traveled to the German town of Heidenheim to head the nuns at a Benedictine double monastery, for men and women. Her elder brother, later Saint Wunibald, led the monks in the monastery. After Wunibald died, Walburga led both the monks and the nuns for a couple decades until she died in 779. Her remains have been moved a few times but ended up at the Holy Cross Church in Eichstatt, Germany, with her brother's remains; the Church of St. Walburga stands there now. Her bones were kept as relics and were said to secrete a liquid that was distributed by the nuns to "cure ills" and produce "miracles."

After St. Walburga's Academy relocated to Rye, New York, in 1957, the castle-like building on Riverside Drive was used briefly as a Yeshiva, an Orthodox Jewish school. The building was vacant for decades before being purchased by the Fortune Society in 1998. The Fortune Society considered 21 other sites in New York before deciding upon what they called "the Castle" for its beauty, low cost, and accessibility to transportation. Original plans called for the Fortune Society to move to the Castle from its downtown offices, operate a service center within the Castle, and build a residential facility next door. Plans were altered to keep a downtown presence and to renovate the interior of the Castle for housing. The Fortune Academy opened in the Castle in April 2002, offering apartments for recently released prison inmates returning to New York City who would otherwise become homeless, until they could be placed in more permanent housing. The facility contains 18 emergency beds and 41 longer-term beds in single- and double-occupancy apartments. Occupants receive services and counseling from Fortune Academy employees. Staff offer meals prepared in the building's industrial kitchen, which doubles as a training space for food service career training. A community lounge space holds almost 120 for gatherings; movable partitions can create classroom space. The state donated funds for a computer lab. Historic Tax Credits helped fund costly replacement of the building's slate roof, repair of terra cotta ornamentation, and windows replacement. The Fortune Society won a preservation award in 2003 from the New York Landmarks Conservancy for their restoration of the exterior of the Castle. The "Fortune Academy" has become a model for housing homeless released prisoners.

Cruz, Joan Carroll. Relics: What they Are and Why they Matter. Charlotte, NC. TAN Books, 2015.