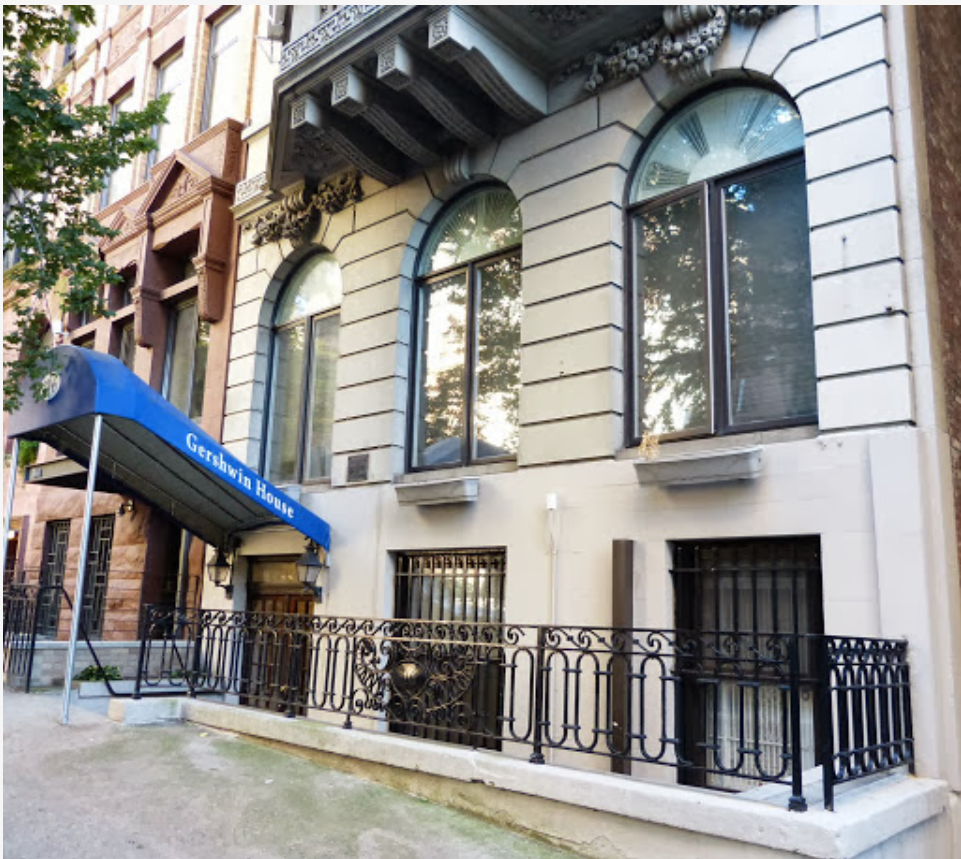 George Gershwin purchased this house in 1925 when he was 28 and left the house not long after, in 1929. After purchasing the house, the building became home to George, his brother Ira, and the extended Gershwin family (including Rose, Morris, Arthur, Frances, and Leonore). The family divided the house roughly by floor, with George taking the top floor as a studio, office, and living space. At the time of purchasing the house, George Gershwin had recently returned from Paris (this trip later inspired his orchestral piece, An American in Paris). At this time, George Gershwin was beginning to receive recognition for his work but was still several years away from his peak fame and acclaim (3). George had two grand pianos brought to this house to continue his work during the years he lived here. After finding success with musicals Strike up the Band and Funny Face the brothers moved out and left their family to the 103rd St. house in 1929 (3).

Though their stay at this house was short-lived, the years saw George and Ira complete some of their most impressive works including Oh, Kay!; An American in Paris; Funny Face; and Strike up the Band.

Oh, Kay! featured music by George and lyrics by Ira and opened on Broadway in 1926 (4). An American in Paris is a jazz-influenced orchestral piece that was inspired by George’s visit to Paris in the mid 1920s (9). The song was later inspiration for the 1951 classic film of the same name starring Gene Kelly (10). The classic musical comedy, Funny Face, opened on November 22, 1927 and starred Fred Astaire and his sister Adele (5). The 1957 movie Funny Face also stars Fred Astaire alongside Audrey Hepburn; however, the plot is unrelated to the musical for the most part and only a few of the original Gershwin songs were retained (6). Several popular songs from the musical include, “S'Wonderful", "Funny Face", "He Loves and She Loves" and "My One and Only" (8). Finally, Strike up the Band was released in 1927. It was well-received by critics but panned by audiences, perhaps owing to the plot – a frivolous war over cheese may have tread too harshly on the American psyche following the recent events of World War I (8). Strike up the Band was re-worked for a release in 1930 which went on to much more favorable reception (8). A film by the same name was released in 1940 staring Judy Garland and Mickey Rooney, though the plot is largely independent of the musical. The title song was adapted by George Gershwin to be used as the UCLA football song in 1936 (11).