In 1937, Lilian Rice changed her architectural style for this board and batten building. The Santa Fe Land Company donated the land and private donors contributed the clubhouse and furnishings for the original Garden Club building. Today, the building now houses various office and retail space, including a real estate business. 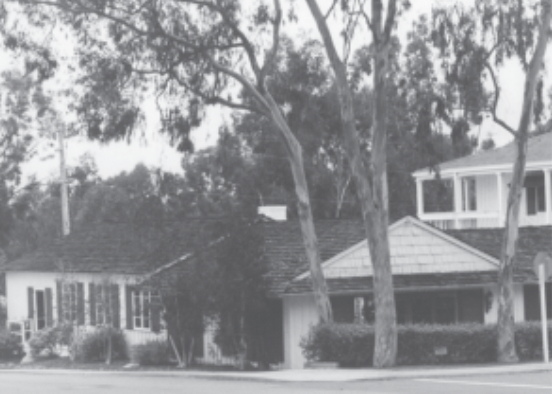 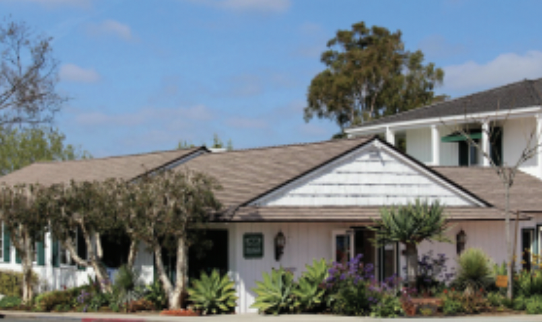 Constructed in 1937, this building was used as the first clubhouse for the Rancho Santa Fe Garden Club, a current California nonprofit corporation dedicated to promoting and preserving the art of horticulture.

The history of the Garden Club dates back to 1926, when a group of local families united under the cause of furthering the advancement of landscaping and gardening in the Ranch. Overtime, the Club and this building were used for many purposes, including the headquarters for war agencies during WWII (designated as a Civilian Casualty Center). In addition, the Club sponsored the first anti-litter and clean-up campaign in San Diego County.

Before the building was constructed, the land for the project was donated by the SFLIC. In addition, funds for this board and batten building, a change in Lilian Rice’s style from Spanish Colonial Revival, were donated by an anonymous donor. Furnshingings for the clubhouse were also donated by others in the Ranch.

Today, the building is no longer used for the Garden Club. Rather, it is used for office, retail, and real estate business space. In 1975, the building ownership transferred to The Country Friends.

However, the legacy of the Garden Club lives on. Currently, the Club successfully preserves and promotes horticulture by providing grants to other nonprofits in the area. The Club has also funded horticulture and conservation projects, a few of which include Balboa Park Conservancy, San Diego Children’s Discovery Museum, and many local elementary school gardens.