Designed by Lilian Rice and Hamond Whitsitt and completed in 1924. That year’s graduating class consisted of one student, Ivy Fidero Laughter. The corner building was added at a later date. Today it is a combined restaurant and commercial space. The building has since been slightly remodeled, but its former character still remains recognizable. 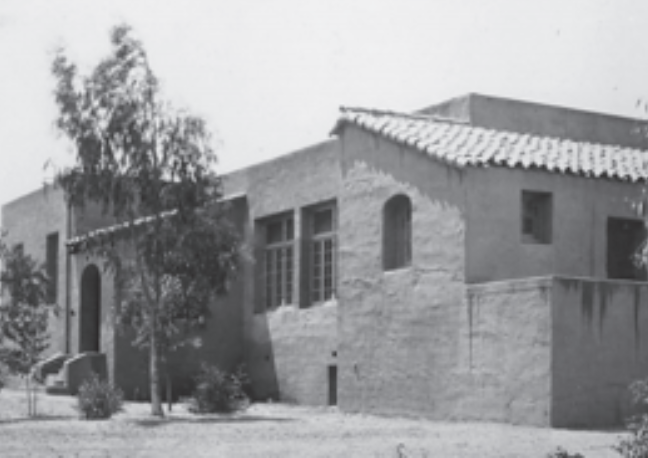 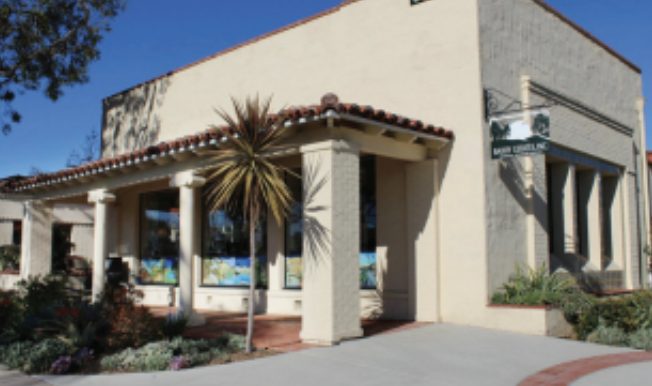 Schooling in Rancho Santa Fe began in 1905 with the construction of a wood-framed schoolhouse, known as Aliso Canyon School, by local residents, Ferdinand Coehn, Theodore Fidero, and others. The structure served as the first school in Rancho Santa Fe until almost two decades later, when the original country schoolhouse closed and students moved to the Village to continue their studies in the early 1920’s.

The school that the students attended in the Village was designed by Lilian Rice and Hamond Whisitt and was completed in 1924. There were only 14 students who attended the school in its opening year and the graduating class of that year consisted of one student, Ivy Fidero Laughter. Throughout its use, the structure was utilized as a schoolhouse until 1931, when a larger schoolhouse was constructed (also designed by Lilian Rice) to accommodate a growing population in the area.

In terms of architectural design, the corner building of the structure was added at a later date and today, the building serves as a mix between restaurant and commercial space.