Minnie Buckingham Harper served in the West Virginia House of Delegates in 1928 representing McDowell County and was the first African American woman in the United States to serve in a state legislature. Minnie and her husband E. Howard Harper lived in Keystone where he was a lawyer. When he died during his third term in the House of Delegates, Minnie B. Harper was appointed to complete his term. 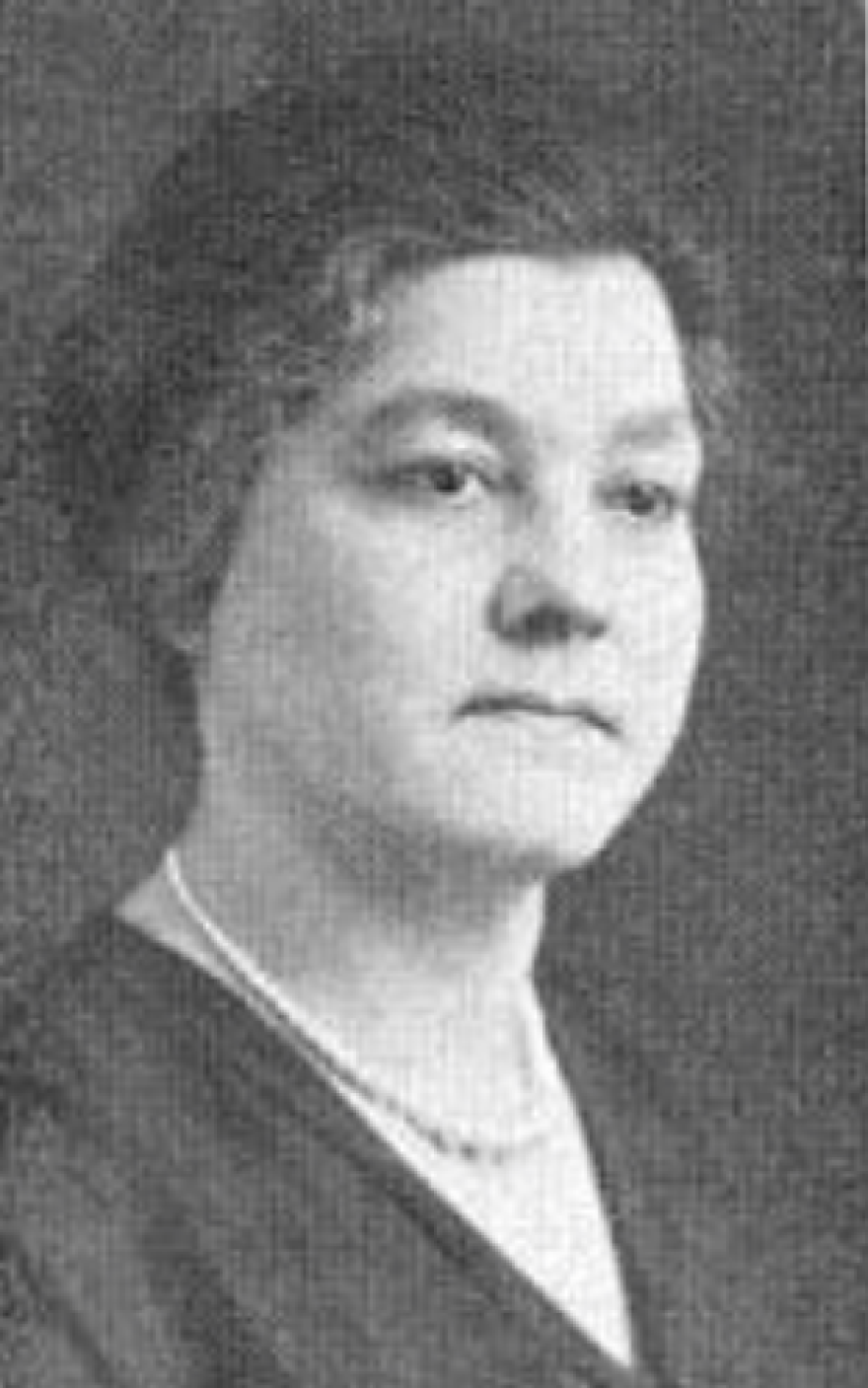 Minnie B. Harper's bio in the 1928 West Virginia Legislative Hand Book and Manual and Official Register. 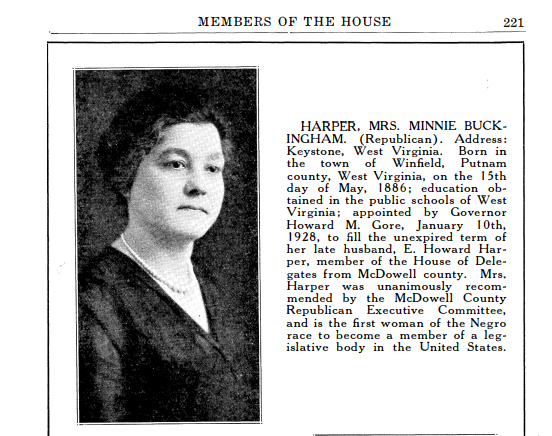 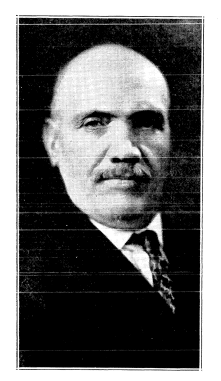 Minnie Buckingham was born May 15, 1886 in Winfield, Putnam County, West Virginia. She moved to Keystone, WV in McDowell County and married Ebenezer Howard Harper in 1923.

E. Howard Harper was born August 4, 1864 in Tazewell Court House, Virginia and attended free schools in that county. His later education was at the Virginia Normal Collegiate Institute in Petersburg, VA and then he graduated from Howard University in June 1899. He had his law office in Keystone, WV. Harper was appointed to the Board of Regents of the West Virginia Colored Institute in 1904. He was a Republican State Committeeman 1912-1916, a McDowell County Committeeman 1920-1924, and served in the state legislative sessions of 1917, 1925, and 1927.

During E. Howard Harper’s third term he suffered an accident that required his right leg to be amputated. After a period of illness he died on December 22, 1927 at a hospital in Huntington. After his death, the McDowell County Republican Executive Committee recommended that Minnie B. Harper complete the remainder of his term and Government Howard Gore appointed her to the position on January 10, 1928. During her term, Minnie B. Harper served on the House committees on Federal Relations, Railroads, and Labor. She finished her husband’s term and did not seek reelection afterwards.

Minnie Buckingham Harper remarried in 1938 to John B. Patterson, a miner, and they lived in Northfork until he died in 1956. Minnie later moved back to Winfield where she died on February 10, 1978.