332 5th Avenue was the home of Ephraim and Irene Drukker Broh between approximately 1915 and 1920. During that period, Irene Broh was a local leader in the women’s suffrage movement. The Huntington Equal Suffrage Association was founded here in Broh’s home in 1915 and Broh is believed to have been the first woman to cast a vote in Cabell County in 1920. According to images from GoogleMaps the home was still standing in 2019 and it appears to have been demolished between 2019 and 2021. 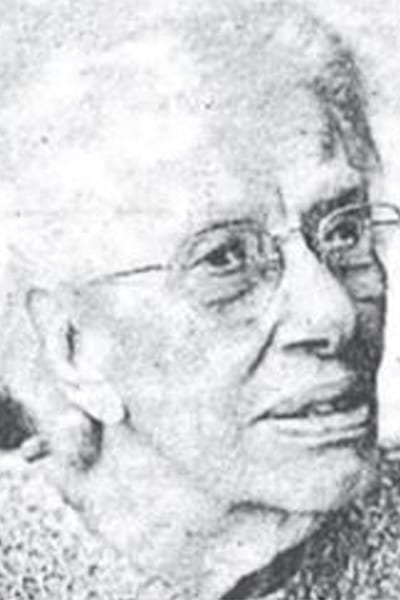 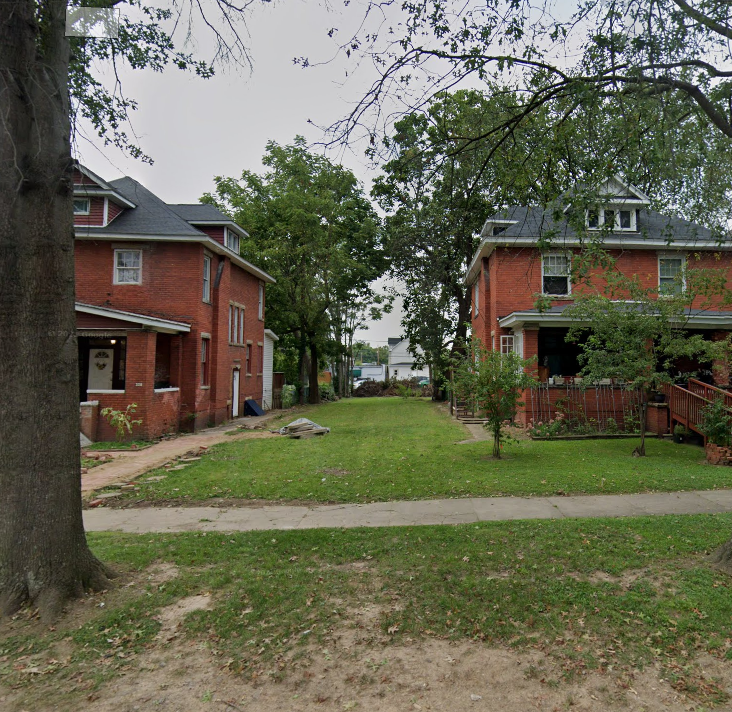 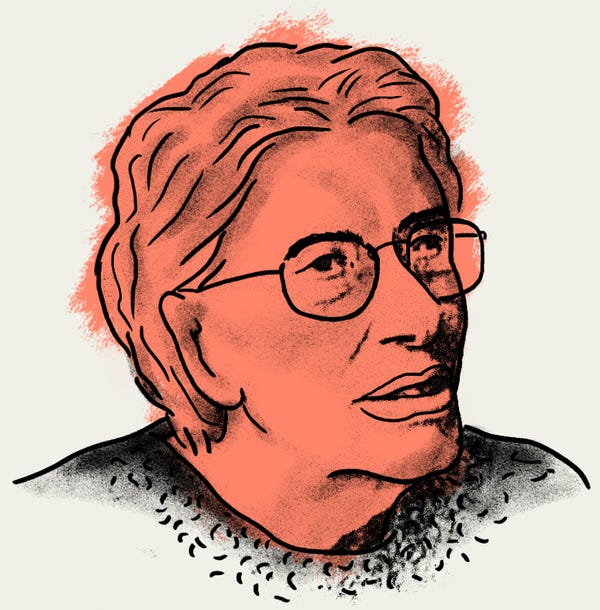 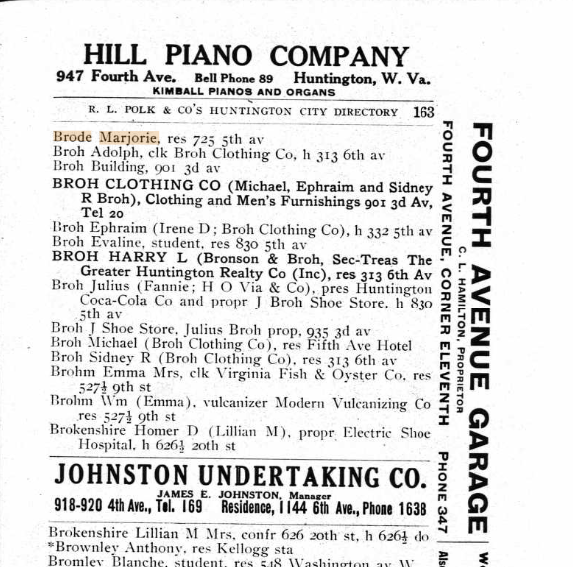 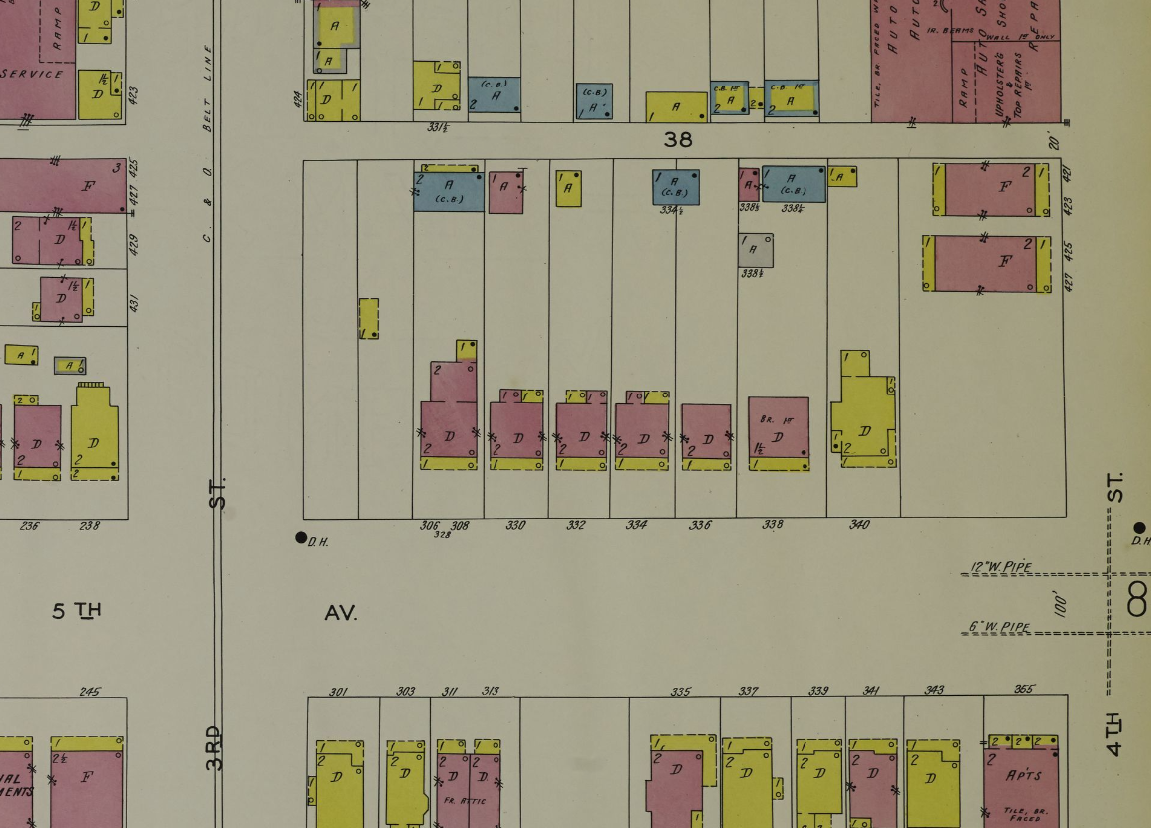 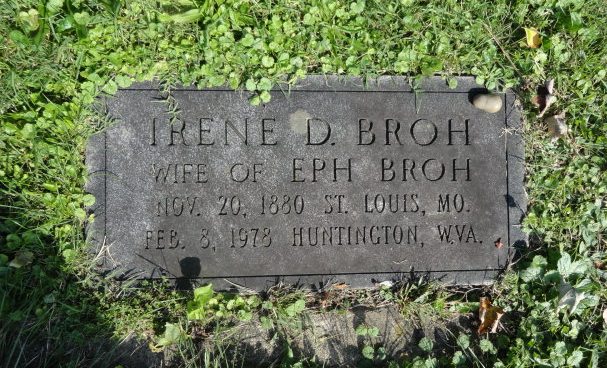 Irene Drukker Broh was born on November 20, 1880 in St. Louis to Simon and Sarah Tobias Drukker. Her mother, Sarah Drukker was a suffragist in Cincinnati, Ohio where Irene grew up. Sarah Drukker helped organize the Harriet Taylor Upton Suffrage Club, the Twentieth Century Suffrage Club, and the Sarah T. Drukker Suffrage Club. Irene and her sisters were introduced to the suffrage movement at a young age and Irene attended meetings with her mother. Even with that background, Irene did not consider herself involved in the suffrage movement until she moved to Huntington, WV.

Irene Drukker married Ephraim Broh in 1905 and the couple moved to Huntington, WV in 1909 to join Ephraim’s brothers, Julius and Michael, in the Broh Clothing Company. Irene Broh first became involved in civic work when she advocated for cleaner and safer schools once her sons started attending.

“1915, here in Huntington when I or…uh, I won’t say I…Mrs. Frank Mann, I told you these ladies helped organize—we got together and organized this little suffrage club.”

Interviewer: “And, uh, who else, you know, were the ladies who h—were with you in this?

IBD: “…There was, uh, Mrs. Frank Mann, she was elected the first president at my home on Fifth Avenue, we had called a meeting, and there was Helen Burks, uh, Helen Wilson who was Helen Burks, Hite Compton’s mother…”

IBD: “And Hite’s Aunt Mary, Mary Burks—these were all very prominent women in Huntington, in church work mostly because they didn’t, weren’t recognized in, in politics. And then there was a Mrs. Griswold and a Mrs. Greenwald, and a Mrs. Venable…”

IDB: “I don’t remember their first names, but I, they were all down in this, there were about eight or ten. And while we were organizing, have a meeting the doorbell rang and I went in, there was a beautiful woman, she said, “I’m Mrs. Goodman and I live in Catlettsburg and read about the little notice in the paper and I believe that women should vote. May I come in?” [laughter] From Catlettsburg! Well before she left we made he (sic) promise that she’d go back there and organize a little club in Catlettsburg.”

Interviewer: “Um hum. And so that’s how you started, you advertised.”

IDB: “Yes, we had a notice in the paper that any woman interested in votes for women would, uh---c—was welcome at a meeting at my home on Fi—335** Fifth Avenue.”

**It is possible that she misremembered the number or there was a typo because census and city directory records put her house at 332 Fifth Avenue, not 335.

While the Huntington Equal Suffrage Association was one of the later suffrage clubs to organize in the state, it was quickly prominent in the state movement. The 1915 state meeting of the West Virginia Equal Suffrage Association was held in Huntington, which included the state’s first suffrage parade. Huntington ESA member Elsie Venable also designed a Votes for Women float for the city’s Fall Festival Parade featuring the movement colors of yellow and white and a 10-foot wheel labeled the “West Virginia Wheel of Progress.” Huntington’s suffrage organization in 1915 came at the start of the state-wide campaign to support suffrage in the 1916 referendum.

Once the 19th Amendment was passed,. Broh was active in the League of Women Voters. Irene Drukker Broh is believed to have been the first woman to vote in Cabell County.

Interviewer: “Yes, and, uh, now how did you, you know, get, h—how do they know, like, do they know for certain that you were the first woman to vote in Cabell County?”

IDB: “Except, ah, I figured it out and my sons thought I was right. The women were so…uh, unfamiliar with the suffrage question and there were such a few of us who really knew anything about it and wanted it—I had no reason to want it except that my mother had voted and I felt it was the right thing. My husband thought, he said, ‘women have to pay taxes, women have to, they have to obey the laws, they have, they…are…when it comes to the other side they’re (sic) have to do the things, but they’re not allowed to vote.’ So he opened that store that I’m telling you about, he was the manager of for his brother, and he opened the store at eight o’clock in the morning. Well, in order to do that he had to get up very early and he said to me, ‘If you want to vote, now, this is the time, and if you want to vote,’ I had registered, and ‘if you want to vote today, you gotta get up and I’m going to the polls at seven o’clock in the morning.’ Well, I knew there wasn’t another woman in Cabell County that was at the polls at seven o’clock that morning, [laughter] so I figured and my son said, ‘Mother, I think you are right because you got up and went with Daddy down to the Kestler Garage to vote.’ And when I walked in the men all gra—giggled and grinned and oh, was something funny, and th—some of them didn’t even know I was allowed to come in but some of ‘em did.”

IDB: “And e—after I, paper ballot and you marked it who you were voting for, you folded it and were supposed to put it in the box, and on the way to the box there were half a dozen men who said, ‘Miz Broh, thank you, I’ll put your vote in for you,’ said ‘Can I help you? I put your vote…’ ‘Oh no,’ I said. We’d been warned if we took that vote out of our hands it would be illegal, they’d throw it out. We had to put it in the box. And see, that was their scheme to get the votes away from what they women who voted.”

Interviewer: “Make it look like they were being very polite…”

IDB: “But they knew what they were doing and we, and l—by—I’ll bet you maybe the few women that did vote, most of them, handed the ballet to the men and thought it was very nice of them to put it in the box.”

IDB: “But our little group ha-we got word from headquarters, Susan B. Anthony’s clubs and the, all the different clubs, ah, that, in the country, wherever there was a suffrage club, they’d send, uh, these little notices around what to do when the coming election, don’t give your vote to anybody, put it in the ballot box yourself. So we knew about that, th—then after, right, ah, oh, it wasn’t, I guess it was a year or two after, there was no more need for suffrage clubs, we had the vote, and that’s what we worked for. W—all those clubs, all over the country, disbanded, and then, I think it must have been two or three years later, I’ve never been able to find out the year that Carrie Chapman Catt organized the League of Women Voters, and that’s how it came into existence, and we had one here in Huntington. I was a member of it.”

After the suffrage movement, Broh was active in the Huntington Woman’s Club. During the 1937 flood, Broh helped with relief efforts and led the campaign to build the Huntington flood wall to prevent further flooding. In the 1950s, Broh campaigned for better inspection of meat and poultry, leading to a new West Virginia law regulating those industries in 1966.

Broh was active in the Ohev Sholom Reform Temple and belonged to the B’Nai Sholom Congregation. She was a member of the West Virginia Federation of Temple Sisterhoods.

Leleux-Thubron, Holly. "Who Was Irene D. Broh? Memories from the first woman purported to case a vote in a national election in West Virignia." Morgantown Magazine. June 1, 2020. Accessed February 18, 2022. https://morgantownmag.com/who-was-irene-d-broh/.