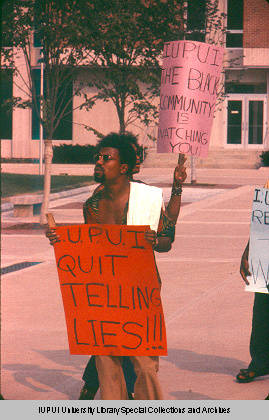 On September 19, 1970, the Black Student Union of IUPUI met for the first time. The meeting took place in the Union Building roof lounge, a popular gathering spot on the IUPUI campus. The organization quickly became the most important and vocal student organization at IUPUI. The IUPUI Black Student Union (BSU) emerged at a time when African-American citizens were vocal in expressing disappointment and frustration at the slow progress being made in reducing racial discrimination and improving opportunities in the United States (excerpt from the introduction of the Ruth Lilly Special Collections and Archives). 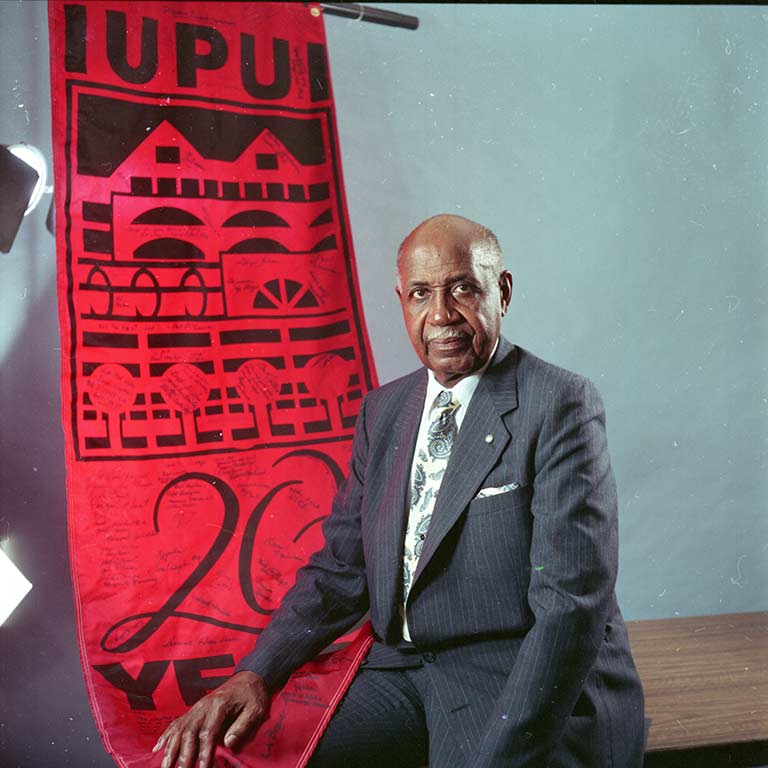 Along with Cavanaugh Hall, Joseph T. Taylor Hall is one of the oldest remaining buildings of the original IUPUI campus. Named for Dr. Joseph T. Taylor, the first Dean of Liberal Arts and first African American leader of an academic unit at IUPUI, Taylor Hall was built in 1971 as University Library and has housed a variety of university services since then, including the primary university dining facility until 2008. Today, Taylor Hall is currently home to University College, the Bepko Learning Center, and a variety of other student services and classrooms. 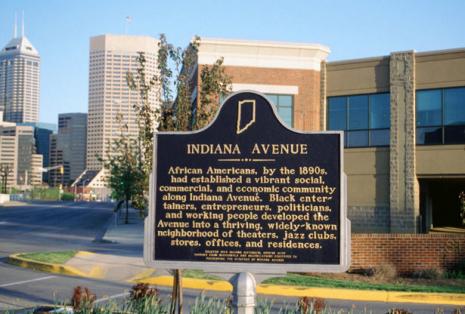 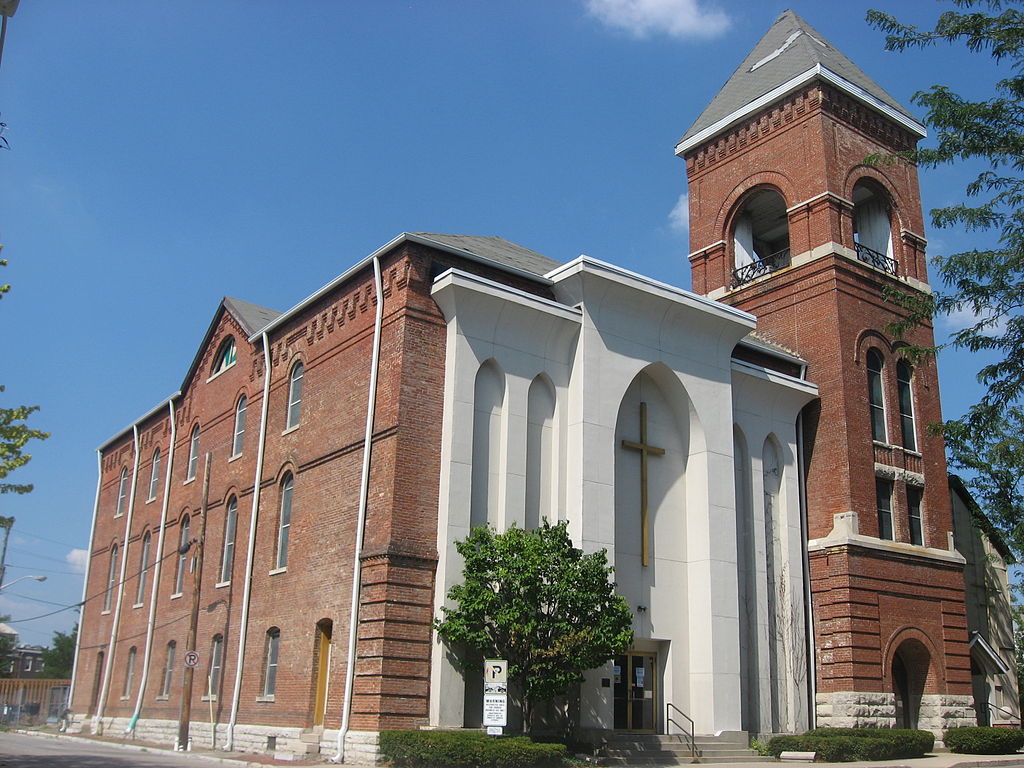 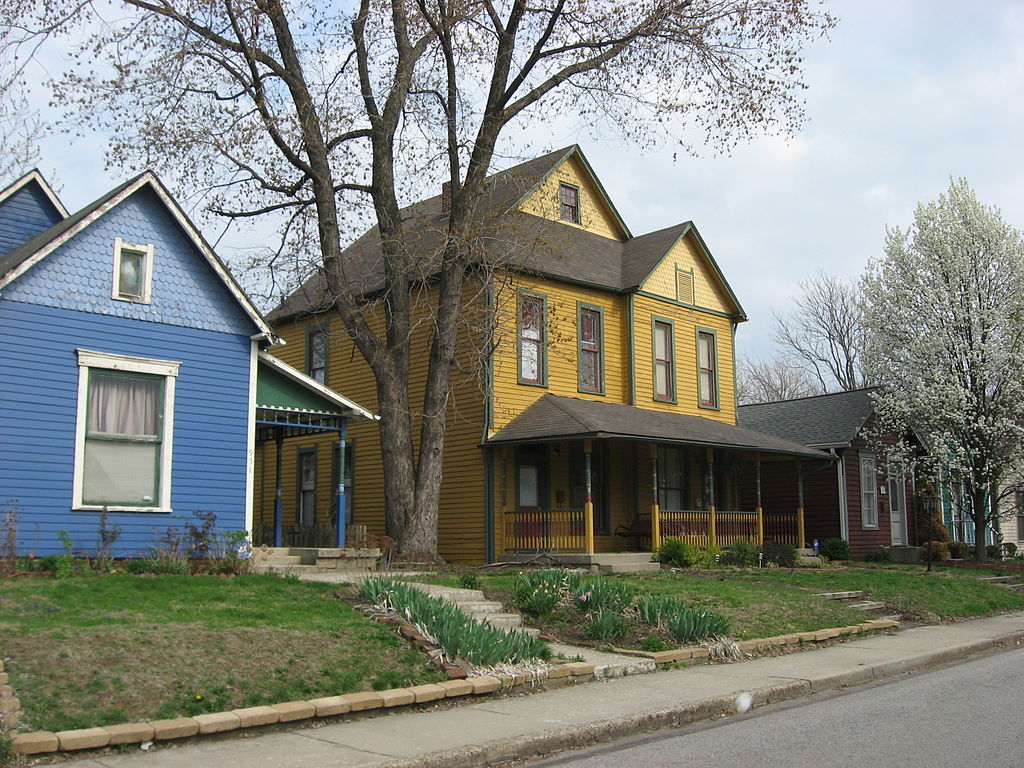 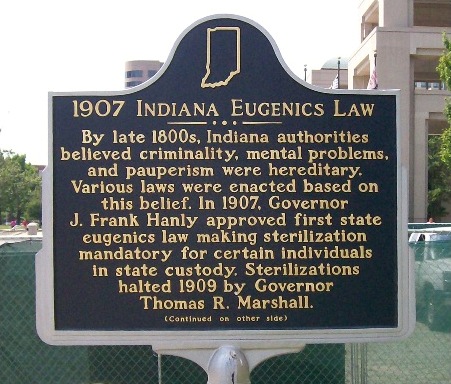 This historical marker on the east lawn of the Indiana State Library presents the troubling history of the 1907 Indiana Eugenics Law. Believing that "heredity plays a most important part in the trans-mission of crime, idiocy and imbecility," this law legalized involuntary sterilization at state prisons, hospitals, and asylums throughout Indiana. The law, which was later found to be unconstitutional, was the first of its kind. From 1907 to 1974 (with a 1927 revised law), over 2,300 Indiana citizens were involuntarily sterilized. The idea that criminality and mental disability was hereditary was part of a psuedo-science called Eugenics. Building on this psuedo-science, advocates of eugenics suggested that sterilization of mentally and physically disabled people, criminals, would help to eliminate crime and disability.During the late 19th and early 20th century, some advocates of Eugenics also claimed that science proved that certain races were superior to others. Some even used eugenics to call for the sterilization of "inferior races" as a way to lead humanity to a higher and more pure state. 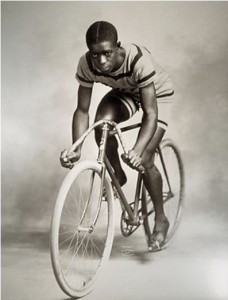 This historic marker honors Indianapolis-born Marshall Walter Taylor, a champion cyclist of international fame who was often barred from competition due to the color of his skin. At the turn of the century, cycling was one of the most popular sports and Taylor may have been the fastest cyclist in the world. In 1896, for example, Taylor set two records at an Indianapolis track, only to be banned from future competition. Taylor was barred from competition with white cyclists in South. Even when he was allowed to participate in races in Northern cities like New York and Chicago, Taylor endured violent attacks by cycling fans and other competitors. The climate was less hostile in international competitions, allowing Taylor to set world records in Canada, Europe, and Australia. Marshall retired from professional racing in 1910. 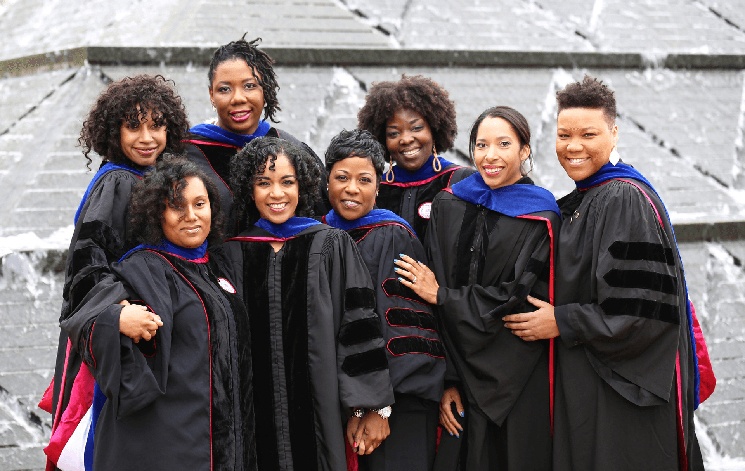 In 2016, eight black women, whose journeys brought them to Indiana University's School of Education as doctoral students, emerged as successful graduates in May of the same year. This accomplishment was unprecedented at that time, and the women used it as an opportunity to support other women of color aspiring to careers in the academy. The significance of a group of eight marginalized black women successfully completing doctoral degrees from one school at the same time was historical and led to these women being feature in national magazines, news programs, and throughout all major social media platforms.