Although the structure of this building no longer stands, here stood William Blaikie's apothecary in nineteenth century Utica. An apothecary is synonymous with what we now call a pharmacy. Blaikie's store was more than a drug store as it was also a station on the Underground Railway. Blaikie's family was once forced evacuate their home because of threats from anti-abolitionists. 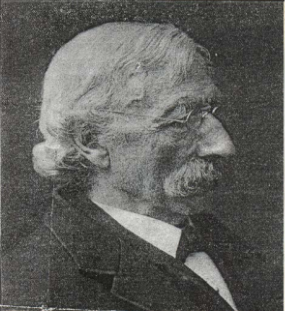 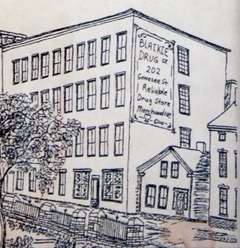 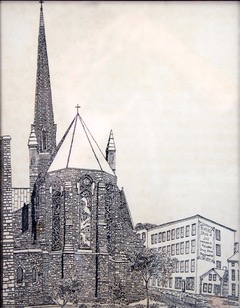 In the nineteenth century William Blaikie owned a store here where he would hide fugitive slaves. William Blaikie, and his family's efforts to hide fugitive slaves often made the family an anti-abolition target. He also hid slaves in the outskirts of Utica at his home, like other abolitionists and Beriah Green, who used Whitesboro's Oneida Institute and his own home as a station. The Blaikies often had to evacuate their property multiple times in response to multiple threats. William Blaikie, amongst others, did not let threats disrupt their freedom efforts. The store later became Waterford's Drug Company which survived until the twentieth century.