Near this location in early October 1947, famed director Cecil B. Demille premiered his film Unconquered at what was then known as Loew’s Penn Theatre. Known as the final historical epic Demille directed in his four-decade long career, Unconquered follows the story of indentured servant Paulette Goddard (Abby Hale) and Virginia militia captain Christopher Holden (Gary Cooper) as they fight to survive the violence of Pontiac’s War from behind the walls of Fort Pitt in 1763. Like many other films from the era featuring Native characters (including Demille’s other historical epics), Unconquered relies heavily on stereotypes rooted in white perceptions of indigenous savagery and ignorance. Just as with many of those other films, however, American Indians found ways to utilize Unconquered as an opportunity for cross-cultural education. This is particularly true of those who participated in the film’s Pittsburgh premiere, among them the actors RoMere Martin (Pottawatomie) and Chief John Big Tree (Seneca). Loew’s Penn Theatre where Unconquered premiered is now home to the Heinz Hall for the Performing Arts and is open regularly for events throughout the year. 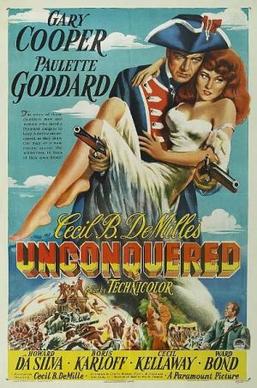 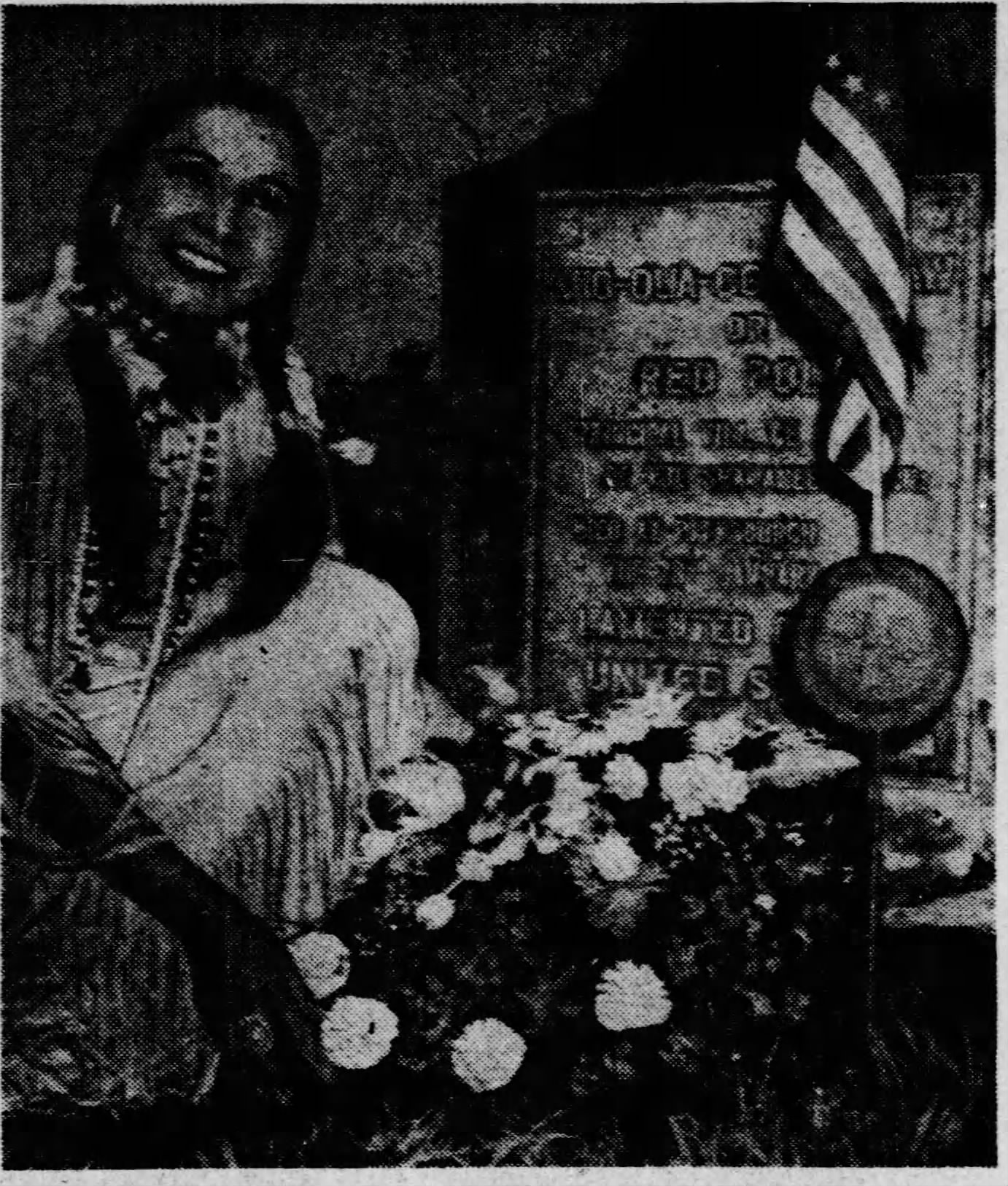 Advertisement for Seneca Village at Sears-Roebuck 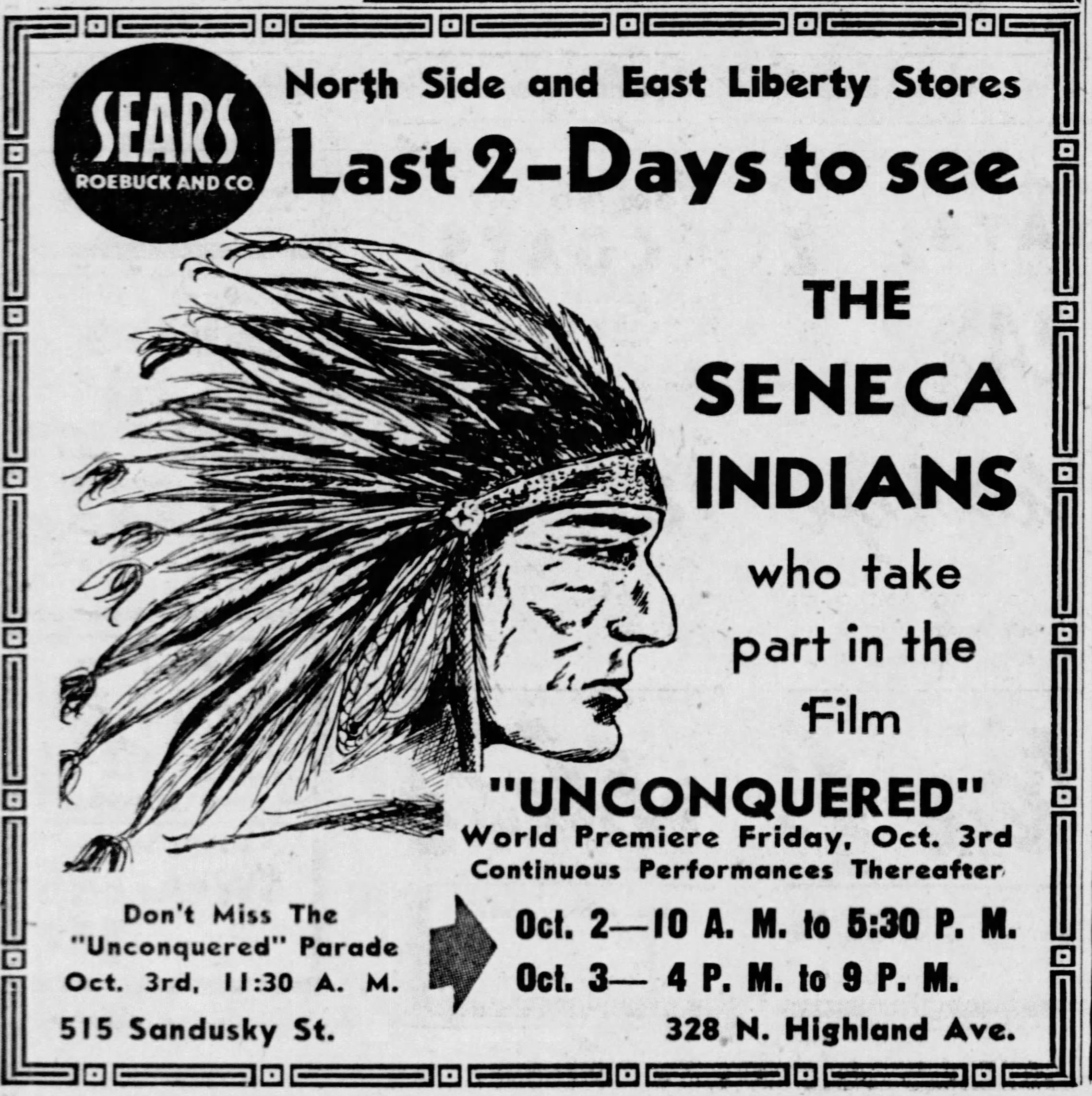 Chief John Big Tree, Other Senecas, and Cecil B. DeMille at Mesquakinoe's Grave 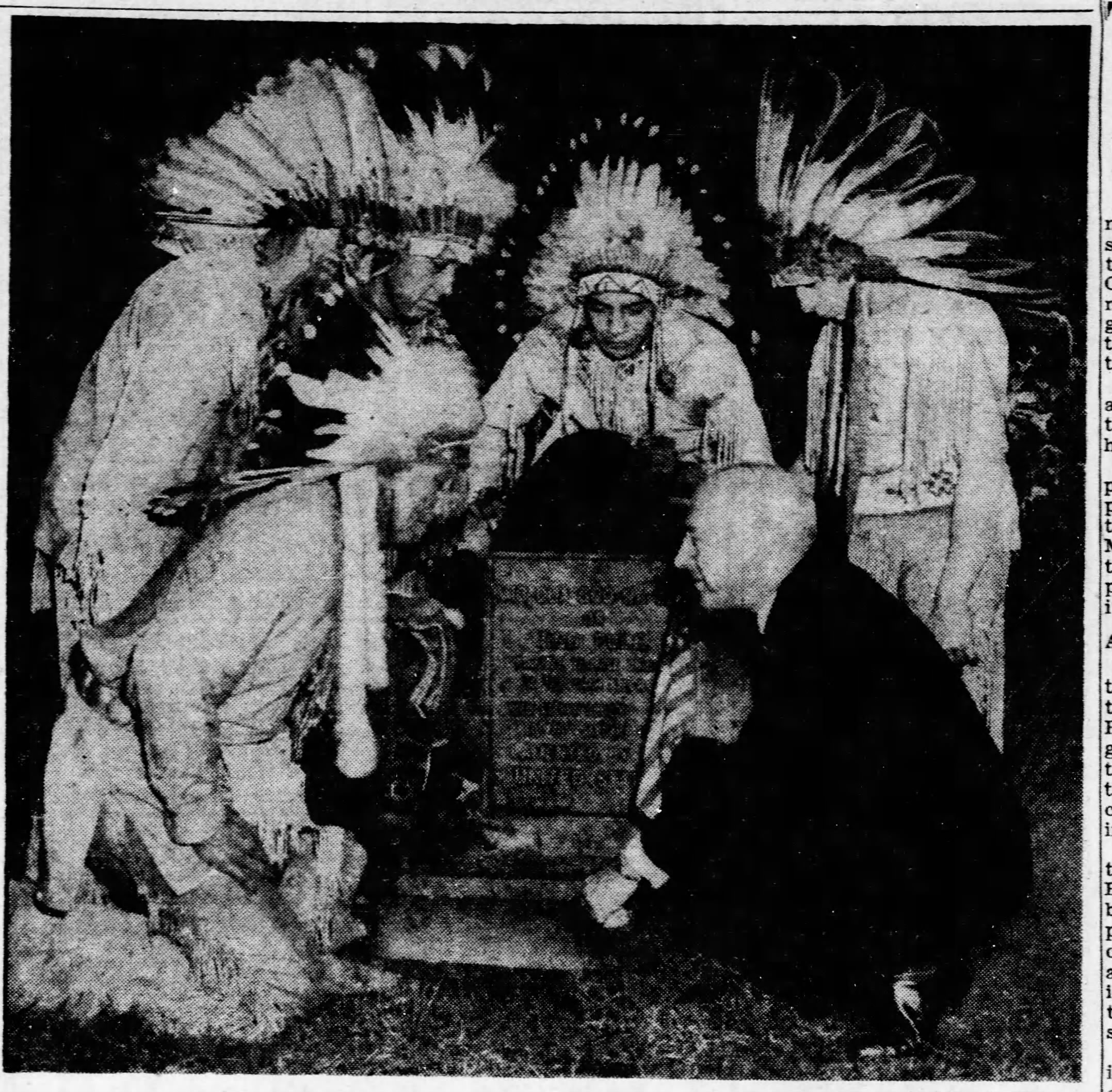 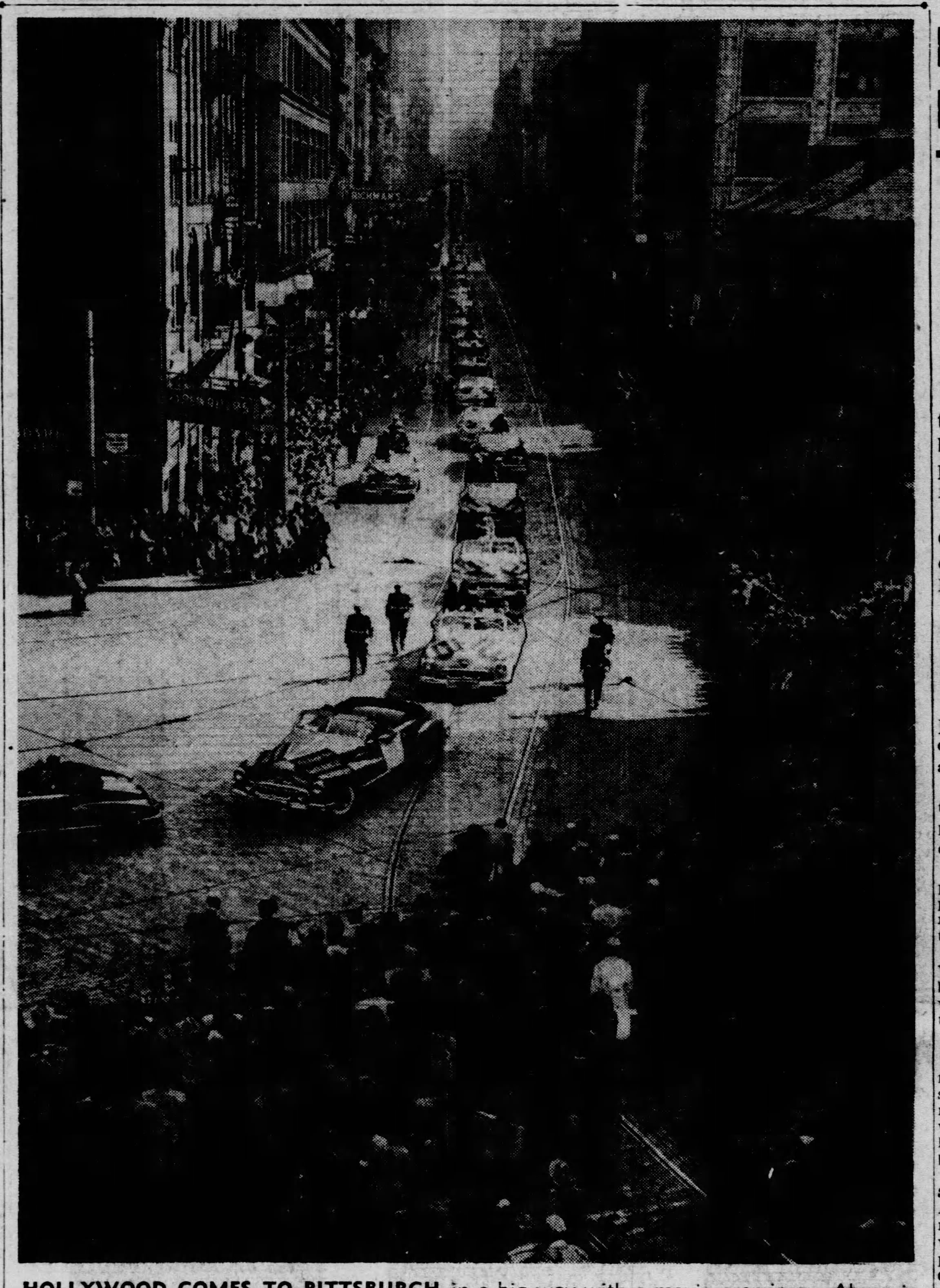 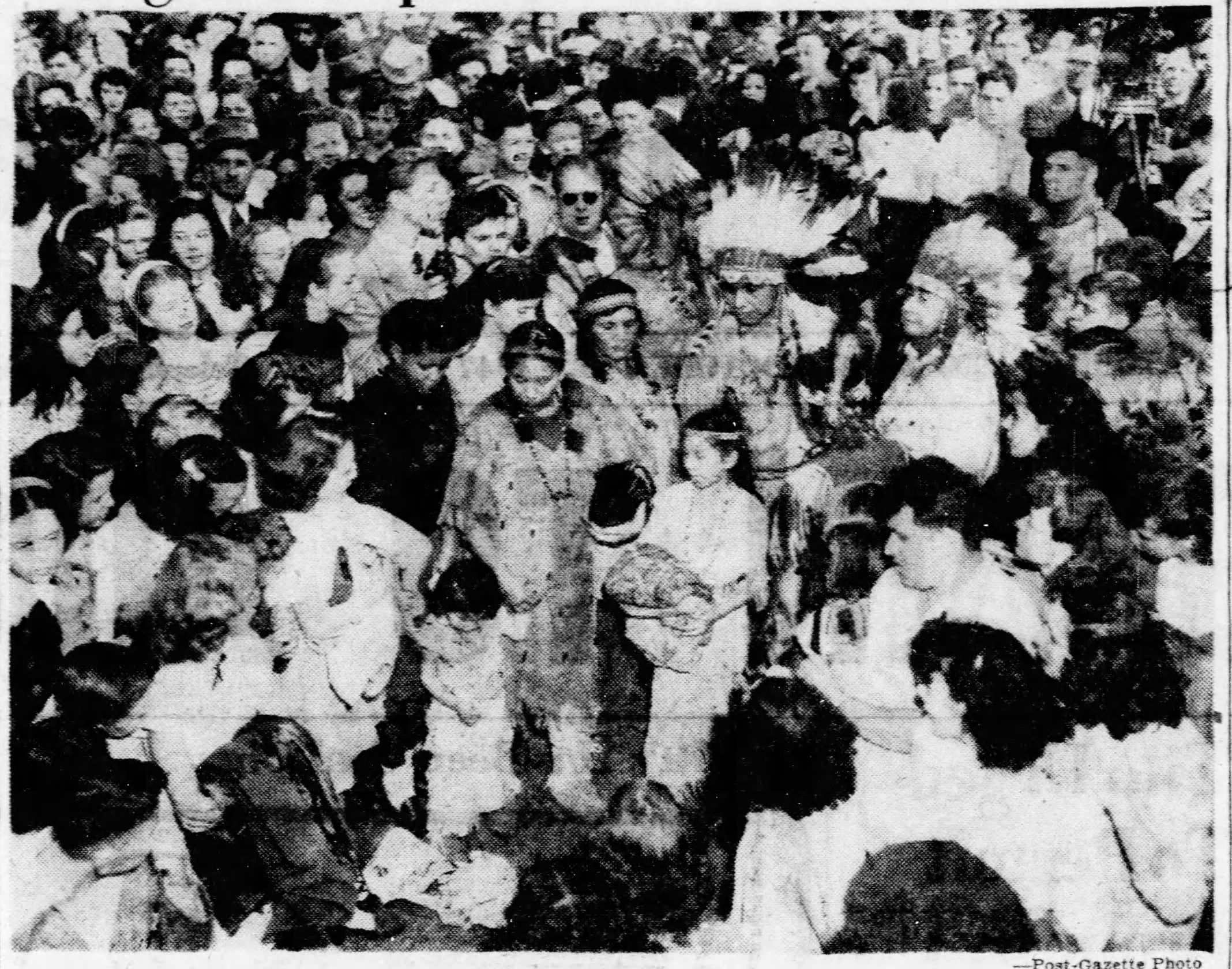 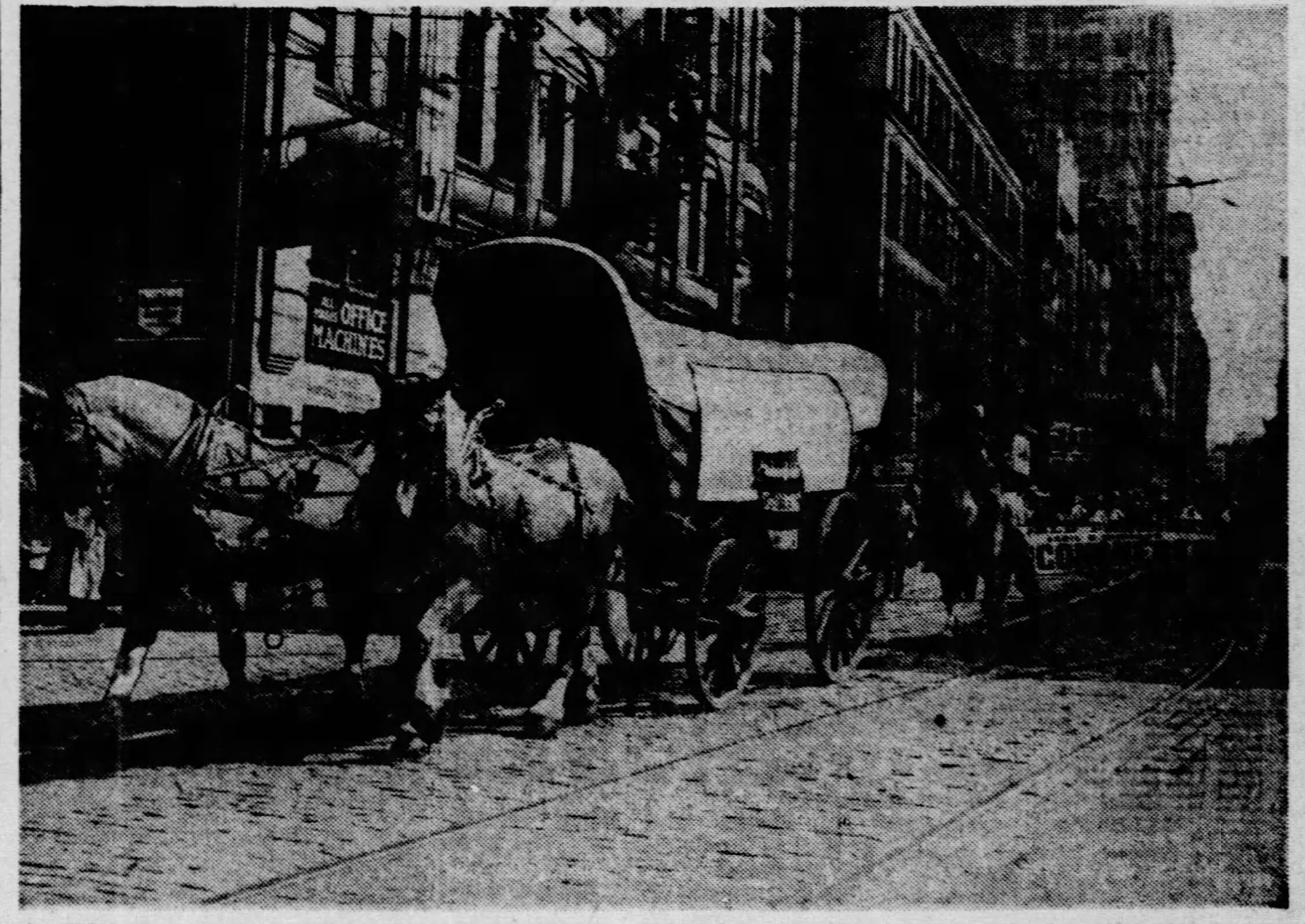 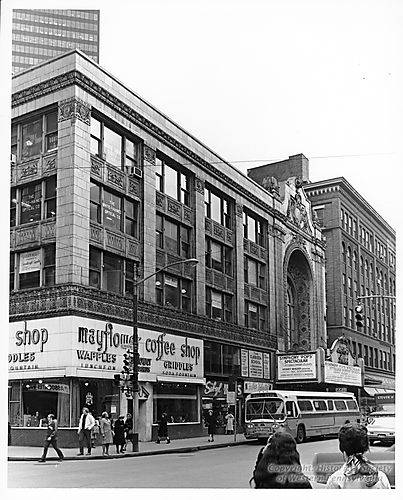 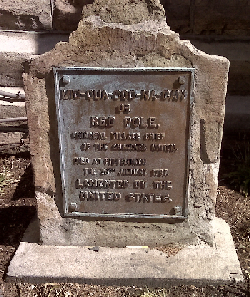 By the time Cecil B. Demille directed Unconquered in the mid-1940s, he had been a household name in the United States for over two decades. From his very first foray into film after a decade of directing stage productions, his career was inextricably linked to popular white memories of westward expansion and perceptions of American Indians. His first film, The Squaw Man (1914), relied heavily on familiar Native stereotypes as it followed the relationship between Englishman James Wynnegate (Dustin Farnum) and the Ute woman Nat-u-Ritch (portrayed by renowned Native actress Red Wing). Other Demille films like The Plainsmen (1936), Union Pacific (1939), and North West Mounted Police (1940) did likewise. In each, Native characters (more often portrayed by white actors than not) typically filled the role of unthinking opponents to the United States’ expansion westward across the continent of North America. Such characters were often violent and borderline nonverbal, frequently serving as little more than foils for white thoughts and actions. Unconquered was no exception. The most notable Native character, the Seneca leader Guyasuta, was portrayed by white actor Boris Karloff, speaks in gibberish, and is generally portrayed as unintelligent and brutal.

Despite this fact, Native actors played a key role in the events surrounding Unconquered’s October 1947 premiere in Pittsburgh. A number of Native actors filled small roles in the film as background extras, most notably the Seneca actor Chief John Big Tree. It was through Big Tree’s connection to the film that Unconquered’s press agents were able to obtain the participation of a group of thirty Seneca Indians for the premiere festivities in Pittsburgh. This participation not only included marching in a parade through downtown prior to the premiere in full regalia but a week of cross-cultural education efforts the week beforehand. During that week, Big Tree and his followers erected two villages in the parking lots of the North Side and East Liberty Sears-Roebuck stores and offered visitors a glimpse into the historical lifeways of the Senecas. Their efforts fit well within a pattern established over the course of the late nineteenth and early twentieth century in which Native individuals sought to wield their roles in the US entertainment industry as a means of representing themselves and their communities to American society at large. By presenting themselves in real world contexts as the members of living and contemporary cultures, Native entertainers like Chief John Big Tree sought to remind white audiences of their communities’ continued existence and right to equitable treatment.

Big Tree’s activities in Pittsburgh also included a visit to the burial site of the Shawnee leader Mesquakinoe (Red Pole) at Trinity Church Graveyard. Born to the Mekoche Clan around 1710, Mesquakinoe eventually rose to become civil chief of the Shawnees and served in that position as a contemporary of the famous war chief Weyapiersenwah (Blue Jacket). Mesquakinoe played a key role in negotiations with American officials during the Northwest Indian War from 1785 to 1795 and was a signatory to the 1795 Treaty of Greenville that ended hostilities between the United States and confederated Shawnees, Wyandots, and Delawares. Mesquakinoe died in Pittsburgh in 1797 on a return trip from Philadelphia, where he met with President George Washington along with Blue Jacket to address Shawnee concerns regarding the Treaty of Greenville. A century and a half later, Chief John Big Tree and Cecil B. Demille visited Mesquakinoe’s gravesite on the day before Unconquered’s premiere at Loew’s Penn Theatre on October 3, 1947. They were preceded by the famous Pottawatomie actress RoMere Darling, who served as an aide to Demille during Unconquered’s production and visited Mesquakinoe’s grave on September 6, 1947 to lay a wreath there. By visiting the site of the Shawnee leader’s burial, Darling and Big Tree likely sought not only to pay homage to an influential Native historical figure but also use the publicity of the Unconquered premiere to draw attention to Pittsburgh’s connections to the colonization and exploitation of Native peoples.

Such efforts subtly contravened those of the white organizers of the premiere. For his own part, Cecil B. Demille sought to use the film as a means of elaborating on his own Cold War ideologies. In a speech the night before the premiere at the William Penn Hotel, Demille argued that Unconquered offered lessons pertinent to Americans facing the threat of the Soviet Union. To do so he drew direct parallels between the Native figures like Guyasuta who surrounded Fort Pitt in the film and the forces of global communism that surrounded the United States at the time, portraying both as barbarous opponents of freedom and civilized society. The local and state officials among his audience that night, meanwhile, saw the premiere as more of an economic opportunity. Led by Pennsylvania Governor James H. Duff and Pittsburgh Mayor David L. Lawrence, those officials used the premiere festivities as an opportunity to showcase the work they had accomplished in preparation for opening what was soon to become Point State Park. In combination with the actions of Demille, Big Tree, and Darling, they ensured that the premiere festivities represented a complex amalgam of competing cultural, ideological, and economic interests.

Despite the furor surrounding Unconquered’s premiere in Pittsburgh, it would go on to relative box office disappointment. Demille’s demands in the interest of a high level of production quality had ensured that the film went well over budget and the studio was unable to recoup its losses in theaters. To add insult to injury, film critics praised Demille’s direction while almost universally panning the script. As a result, Unconquered was the director’s final foray into historical epics after a career built largely within that genre. He went on to win an Academy Award for Best Picture after directing The Greatest Show on Earth (1952) about the Ringling Bros. and Barnum & Bailey Circus. Chief John Big Tree, meanwhile, gained considerable attention after claiming to have served as one of the models for the US Indian Head nickel and James Earle Fraser’s “End of the Trail” sculpture. These claims led to his appearance on the cover of Esquire magazine in March 1964. RoMere Darling also continued life in the public eye, founding the Box 14-A charity, which offered toys and food to Native families during Christmas and drew the praise of President Richard Nixon. The site where the three came together, Loew’s Penn Theatre, remains in operation today as the Heinz Hall for the Performing Arts and is open year-round.