Dr. Anna E. Broomall was an obstetrician and gynecologist known specifically for her revolutionary work in fetal medicine. She continuously worked with women in high risk pregnancies to decrease the infant mortality rate. Broomall strategized with different methods that were uncommon for her time, including cesarean section, to promote safer deliveries for both mothers and their babies, while also creating one of the country’s first maternity care clinics in Pennsylvania. She wrote articles and studied cases regarding different fetal complications, and she also presented ideas that would come to change the fetal medicine industry.

A portrait of Dr. Anna E. Broomall as a young girl. 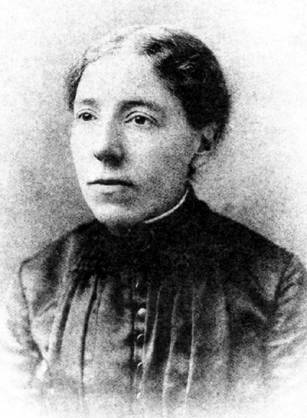 This is a picture of Dr. Broomall herself, as well as the South Philadelphia’s first maternal care clinic, which she established herself. 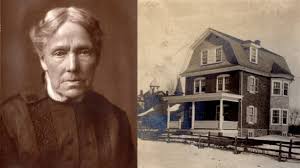 This is a picture of the historical marker dedicated to Dr. Anna E. Broomall located in Delaware County, PA. It lists her accomplishments as a doctor and is located near her home. 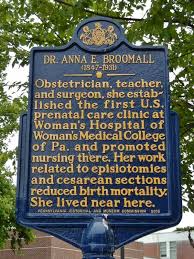 Broomall was born in 1847 in southeast Pennsylvania. She grew up in a Quaker family wanting to be a doctor, and her parents supported her dream. She began her medical career as a pupil assistant at the Women’s Medical College of Pennsylvania, and she used this income to forward her opportunities for an education.

While a student at WMCP, she attended different lectures set up by her dean. However, these were all-male lectures, and as a woman in the medical field, she endured many different types of harassment from male workers. They would continuously cat call her and minimize her importance and work. For the nineteenth century, this was common. Women were seen as inferior to men, especially in medicine. Many did not continue their work in the field because of the continuous degrading for their male counterparts. However, Broomall persevered and continued to attend schooling, completing the lectures.

After schooling, she accepted a position as chief resident physician at the Women’s Hospital of Philadelphia, where she remained for eight years. While a physician, she also taught classes at WMCP. She was eventually promoted to chair of obstetrics after the death of a superior. She then established one of the first clinics for maternity care in South Philadelphia and catered mainly to poor patients who were in high risk pregnancies. She studied antiseptics and procedures to ease the delivery of babies, and actually decreased the death rate during deliveries at her hospital to less than 20 per 2,000. She continued as a professor of obstetrics for another twenty years, and she was also a gynecologist for the Quaker-run Friend’s Asylum for the Insane in Philadelphia.

Dr. Anna E. Broomall passed away at the age of eighty-five after being ill for months. She was believed to have been the oldest female physician in the country. Broomall was a pioneer for women in both medical education and the medical field itself. With her development of the Women’s Medical College Maternity in South Philadelphia, as well as her perseverance in a time where men dominated the medical field, she was able to revolutionize fetal medicine. A Pennsylvania historical marker was placed for her at 13th and Chestnut street in Chester, PA, close to her home.