Located at the historic 1928 Independent Fire Station No. 1, the Harry Truman National Historic Site Visitor's Center displays information about the 33rd President and offers directions to the nearby Truman farm and Truman home. Visitors should start here to begin touring the city. The fire station is a contributing property to the Harry S. Truman National Historic Landmark District. 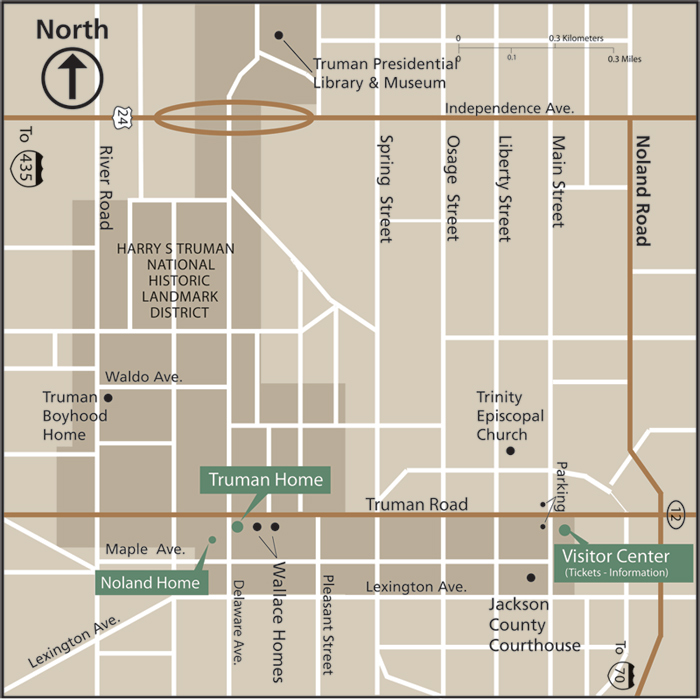 The Harry Truman National Historic Site Visitor Center is the former Independent Fire Sation No. 1, which was built in 1928. 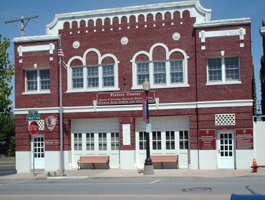 The fire station replaced a smaller, older station. Local architect Hal Wheelock designed it (and other buildings in the city). The new firehouse also became home to the new 750 gallon American La France fire trucks. Several decades later, the station was no longer adequate and the fire department moved out. For a time, it was used as a community theater and then in the 1970s it housed municipal offices. The National Park Service became the new tenant in 1983 after the Harry S. Truman National Historic Site was created.