The Benton County Courthouse was built in 1928 and continues to serve as the seat of county government. Listed on the National Register of Historic Places, it is a fine example of Classical Revival architecture and is situated prominently across the street from the Bentonville City Square. Architect Albert O. Frank designed it as well as several other buildings in the city and state.

Benton County Courthouse was built in 1928 and is an excellent example of Classical Revival architecture. 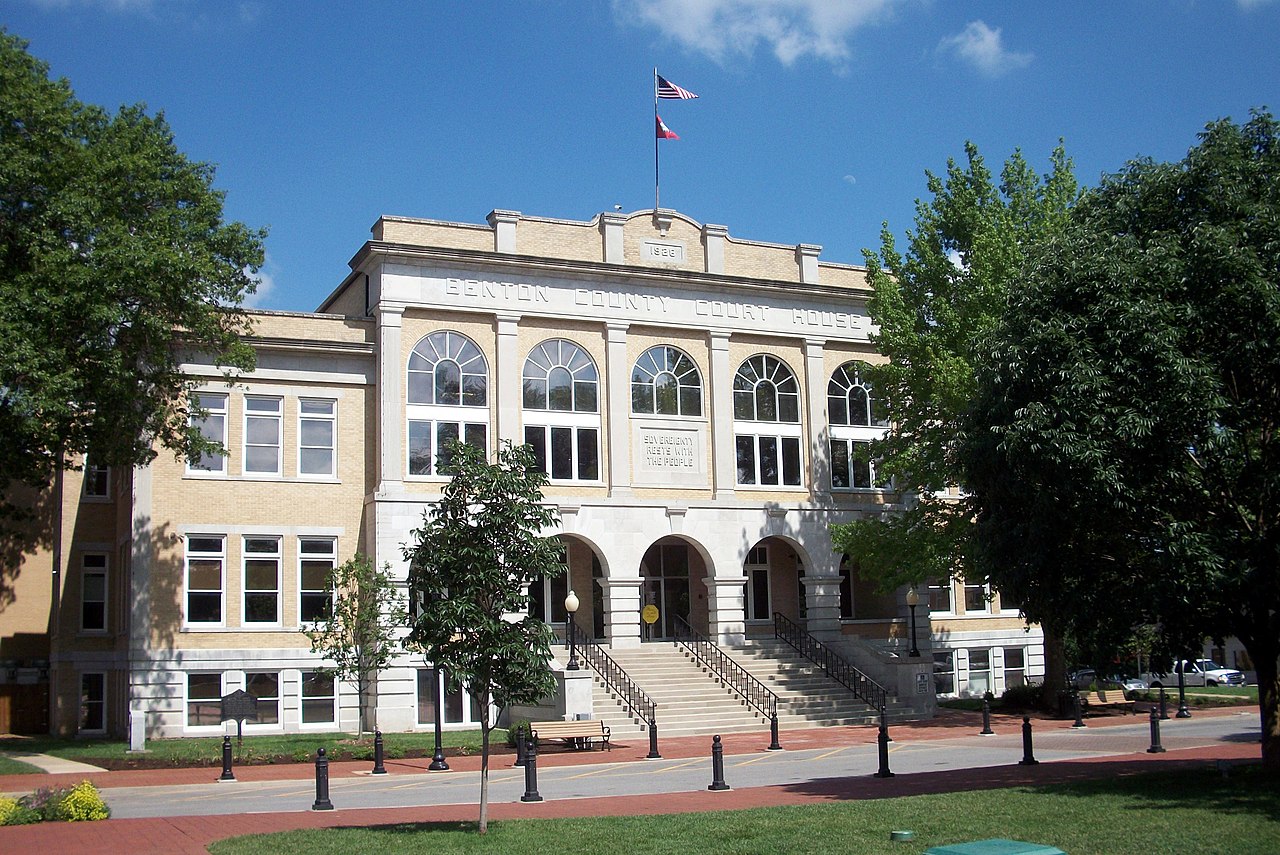 The first courthouse in Benton County was a log cabin erected in 1837 that was located across from the northern side of the Bentoville City Square. It was meant to be temporary until a new one was built. This second courthouse, a two-story brick building, was constructed in 1840 and located in the center of the square. Towards the end of the Civil War it burned down in a fire and a temporary wood-frame courthouse was soon built near the northeast corner of the square. This one was used until 1874 when a three-story Italianate structure was built. It served the county until the current courthouse was erected in 1928.